Ithuba Holdings is widely known as the operator of the South African National Lottery, responsible for transforming and revitalising the National Lottery brand. Ithuba is a privately owned SA company founded by Zamani Holdings, established by Charmaine Mabuza and advocate Eric Mabuza.

In 2013, Zamani’s leadership identified an opportunity to extend its strong management philosophy to providing a national service. Zamani Holdings attracted a consortium of credible BEE and high-profile investors to establish Ithuba Holdings, a sole-purpose vehicle created to operate the South African National Lottery.

In inviting investors to Ithuba, the leadership gave consideration to various national imperatives that they considered vital to SA’s economic development. These imperatives included acknowledging and implementing the BEE strategy as a mechanism through which to increase economic participation of previously disadvantaged black South Africans.

A further imperative was being responsive to the needs of all stakeholders, including government as well as civil society, particularly in addressing socio-economic disparities that still exist among most sectors of SA’s population; and where poverty remains the biggest challenge within communities.

Zamani’s strategic intent was positively met when Ithuba was awarded the third National Lottery licence, effective June 2015, under group CEO of Zamani Holdings Charmaine Mabuza’s leadership. In a record-breaking five months from being awarded the licence, Ithuba was up and running, and successfully operating the National Lottery. This was the quickest roll-out in the history of the South African National Lottery and in Africa.

For Ithuba, being awarded the National Lottery operating licence presented an opportunity to impact the lives of ordinary South Africans, who remain a priority of the company. Ithuba not only launched in record-breaking time but also increased the National Lottery footprint in urban and peri-urban areas by installing 9 000 lottery terminals. This increased footprint provided access to communities that previously had difficulties accessing the lottery gaming infrastructure. The increased terminal footprint also afforded much-needed opportunities to informal businesses, such as spaza shops and local supermarkets, which now enjoy the benefits of selling the National Lottery games, thus creating a new revenue stream to help sustain and grow their core businesses. 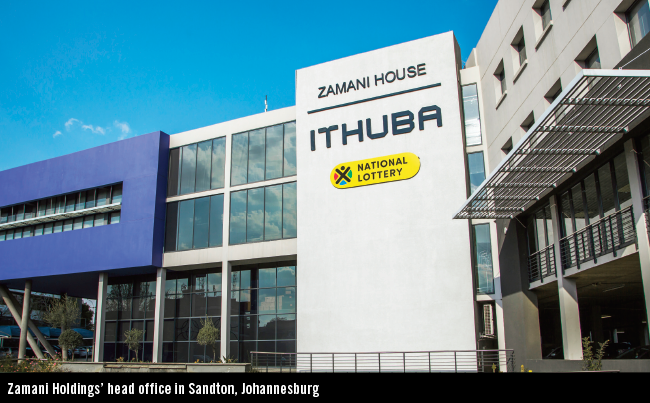 Moving the National Lottery into the digital space means players are no longer restricted to retail stores. Players can now also enjoy their favourite lottery games in the comfort of their homes, offering the convenience of playing anywhere, anytime – a welcomed relief, particularly for those with busy schedules.

In 2017 the South African National Lottery was acknowledged as one of the top global performers by the World Lottery Association, with a 9.2% increase in sales at the time. This was all achieved under the management of Ithuba.

Ithuba is also responsible for the largest payouts in the history of the country’s National Lottery, which are driven by the desire to offer life-changing jackpots. In January 2018, Ithuba paid out a R110 million Lotto jackpot, which was the largest at that time. In August of the same year, one lucky player won a R145 million PowerBall jackpot, and in less than six months after that, Ithuba announced another record-breaking jackpot, in February 2019.

The historical R232 million jackpot remains the largest lottery jackpot paid out in the history of African lotteries. The winners are not the only people whose lives Ithuba has touched – its annual contribution to the National Lotteries Distribution Trust Fund ensures that the lives of communities are positively impacted. The last financial year saw Ithuba contributing more than R1.6 billion towards worthy causes.

To ensure that the National Lottery brand remains relevant and evolves, it has doubled the number of games on offer to the public in a short space of time. The latest addition to the portfolio is Daily Lotto, a game that consists of only 36 numbers, and players need to select and match five numbers in order to win the jackpot. Daily Lotto does not roll over; it rolls down to the next applicable prize division, which means that when there is no jackpot winner, the jackpot prize will be shared among winners in the second-prize division.

Since its launch on 10 March 2019, Daily Lotto has had jackpot winners almost daily – 2 847 256 Daily Lotto winners have been paid out thus far. 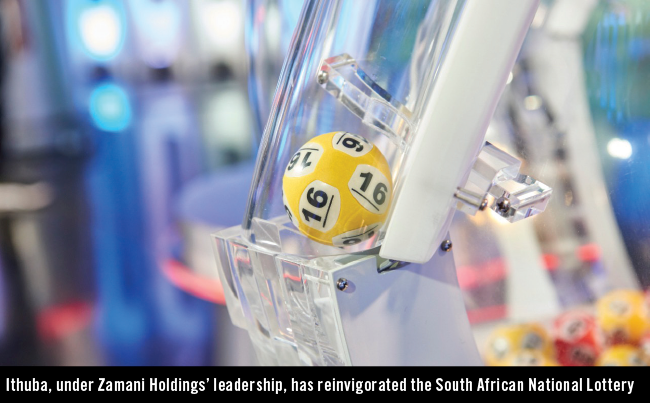 None of these achievements would have been possible without its state-of-the-art ICT facilities that ensure fair gaming for all, as well as the highest security infrastructure being in place. The ICT service provider, Paytronix Systems, boasts a solid track record in the industry. Since 2008, Paytronix has been largely responsible for delivering ICT solutions to the Zamani group of companies. Services range from administration and server management to web development and systems control.

In 2015, when Ithuba was awarded the third licence of operating the South African National Lottery, Paytronix was responsible for successfully launching ICT infrastructure fit to manage the National Lottery. Paytronix spearheaded the roll-out of the ICT infrastructure, which included first-class data centres, retail network connectivity to 9 000 terminals across the country, and the sensitive integration of the lottery systems.

In March 2016, less than a year since Ithuba took over the operation of the National Lottery, Paytronix successfully commissioned Ithuba’s e-commerce system, allowing sales via internet and mobile devices.

As outlined in the operator licence agreement, Ithuba, under the leadership of Zamani Holdings, continues to uphold its responsibility to ensure innovative methods are implemented in order to attract players, increase revenue and subsequently the contribution towards good causes. Zamani Holdings is proud of these achievements and continuously strives to be a good corporate citizen with the best interest of its people at heart.