JSE-listed boards reflect marked racial and gender transformation, according to a survey conducted by the South African Institute of Chartered Accountants (SAICA). The annual survey indicates that while boards of listed companies continue to be dominated by white males, there is sufficiently conclusive evidence to suggest that as current older, more experienced directors retire, boards will significantly change their hue and gender balance. 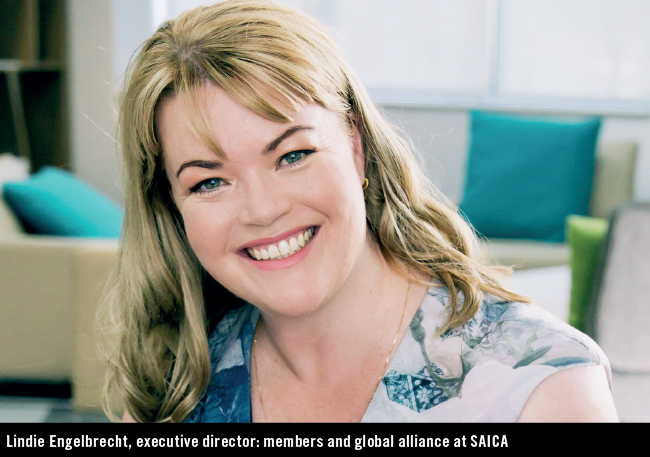 Analysis of the study, which considered 413 companies across all sectors listed on the JSE’s Main and AltX boards, reveals that of directors aged under 50 years, 27.1% are female (up from 25.1% last year). Equally significant, black board members account for 40.1% of directors who are under the age of 50.

The issue of white CEOs of listed businesses came into sharp focus earlier this year when several major businesses appointed new white male CEOs. The relevant companies maintained that their strongest candidates were appointed and the decisions were made on the basis of the interests of all stakeholders.

SAICA executive director Lindie Engelbrecht says: ‘There is a fine balance between transformation and other factors in terms of the appointment of those who are the most capable of steering major corporations and pension funds.

‘Take for instance the issue of training combined with experience. Typically, CEOs who hold the CA(SA) qualification would have undergone years of training before their first formal appointment in the business world.

‘Assuming that the best CEOs emerge only after careers lasting another 20 to 25 years, it means that the requisite experience to lead significant businesses would be achieved only by the age of 50, or 30 years after leaving school. Because prior to 1994 South Africa didn’t prioritise the education of future black or female JSE leaders, it is not surprising that, at CEO level, we still end up with mostly white males.’

Do we need to transform the racial and gender makeup of our CEOs? ‘No doubt,’ says Engelbrecht. ‘We should do so as fast as we can. The more practical question is how to fast-track mid-level managers and C-suite managers so that most of our top CEOs are likely to be black and 50% are likely to be female.’ She maintains that SAICA and the major audit and consulting firms have been finding innovative solutions to work towards this objective for the past 20 years.

‘The results of two decades of effort by the profession already show that, in the JSE context, 39.3% of the directors holding a CA(SA) and who are under 50 are black, while 32% are female – a far cry from the current total percentages and an indication of things to come.

‘Already, 50% of CA(SA) graduates are female, and more than 50% are black. While the ratio of black graduates in the programme still has some way to go, 50% is already an important milestone.’

The Institute of Directors (IoD) cautions that ‘diversity on boards is important to avoid group think and ultimately aid better decision-making in the interests of a wide range of stakeholders. This, however, should not come at the expense of competence’. The IoD emphasises that boards must be made up of people with proven competence and integrity, independent of race or gender.

The percentage of those who hold CAs(SA) as a percentage of all academically qualified directors of companies included in the SAICA survey has increased from 37% in 2015 to 37.3% in 2016. That puts the average number of CAs(SA) on each board at 2.5. What’s more, says Engelbrecht, most of these boards are in great shape and in good hands.

The World Economic Forum agrees: its Competitiveness Report again rated SA as the top country in the world in 2016 in terms of auditing and reporting – the seventh year in a row that the country has achieved this ranking.