Ever since Mercedes-Benz’s cheeky hijacking of the double-cab sector with the Nissan Navara-based X-Class in 2017, pundits have been asking when rival executive manufacturers will follow suit. Is there yet another shift in the segment, one already heading into new premium territory (with the VW Amarok V6)? Are double-cabs becoming the new SUVs, trading muck for mink?

Really all the noise has been directed at arch rival BMW, king of the niche-within-a-niche approach to selling cars. Never comfortable playing by someone else’s rules – much less Stuttgart’s – BMW has been cagey, reticent even with details of any kind of fightback. At last year’s Frankfurt Motor Show, BMW’s Hendrik von Kuenheim was quoted as saying the marque would certainly consider building a pick-up, but if it did so, it wouldn’t be as ‘disappointing’ as the Benz. Ouch. More on that barbed attack later…

Not much has actually happened in Munich. Mutterings of a 5-Series ‘ute’ have come to nothing, despite an army of eager concept artists across the globe producing a slew of intriguing-looking renderings. The issue of course is a source vehicle; Mercedes, through its partnership with Renault-Nissan, could steal a march on other manufacturers by simply building on the existing Navara. BMW has two handy hand-holders – the recent link with China’s GWM, which produces plenty of bakkies, and Toyota. Quality and exclusivity are the sticking points. Mercedes is still getting serious stick for basing its executive mud flinger on a ‘lowly’ Nissan – how would BMW fare in the PR wars if its bakkie was based on a Toyota or, worse, a Chinese carry-all?

Other executive manufacturers are happy to stick with SUVs for their dirt-road kudos – for now. Jaguar could call on Land Rover or even parent company Tata for a suitable chassis; Porsche, Audi, Lamborghini or Bentley could easily Frankenstein VW’s exceptional Amarok for a Cayenne, Q7, Urus or Bentayga-based derivative, and Maserati could call on their Fiat/Mitsubishi connections, but there are no real moves in those directions.

Tata sees no benefit, Fiat’s Fullback has been underwhelming and VW AG has electrification as its main focus – big butch bakkies don’t tick the corporate responsibility box, especially in careful, clogged Europe. Until such time as fashion (and therefore the market) dictates otherwise, the status quo will remain. All eyes, then are on the Mercedes X-Class to reveal the future – are ultra-premium bakkies a step too far or a really great idea?

Mercedes X-Class
Cue Stuttgart’s hauler, at once Sandton status symbol and dirt-road aristocrat. The idea was genius – target the executive leisure market with a set of wheels that says ‘I can go further than all of you at the weekend, zero reduction in boardroom status’. Genius too (on the surface of it) was cannibalising Nissan’s bulletproof Navara, regarded by the bicep fraternity as the best balance of gutsy and glamorous. But sophisticated enough? That’s been the niggle, post launch.

In the relative rush to get X-Class to market, small details were overlooked, crucial in this style-conscious market. The key fob for example, is identical to the Navara’s non-descript example, bad news for key kudos at the cocktail bar after work. But cut through the moaning and X-Class is a stylish beast, inside especially, clad in all the finery of a Mercedes saloon. It’s capable and comfortable too, that independently sprung Navara exoskeleton a thing of beauty and strength.

Mercedes should, however, have launched with its X350d V6 turbo-diesel to mute any mutterings of ordinariness. No matter – the engine arrives in March 2019, likely to push the price over the R1-million mark, a first for a bakkie in SA. The 190 kW, 3-litre unit is a stalwart of the wider MB line-up and is much admired – and will take the fight to the VW Amarok, which has been wiping the floor with the X-Class, thanks in no small part to its own glorious V6 diesel. Almost as important will be the addition of advanced safety features, significantly missing from the launch models. Adaptive cruise control and proper steering wheel adjustment at this level are necessities, not nice-to-have extras. 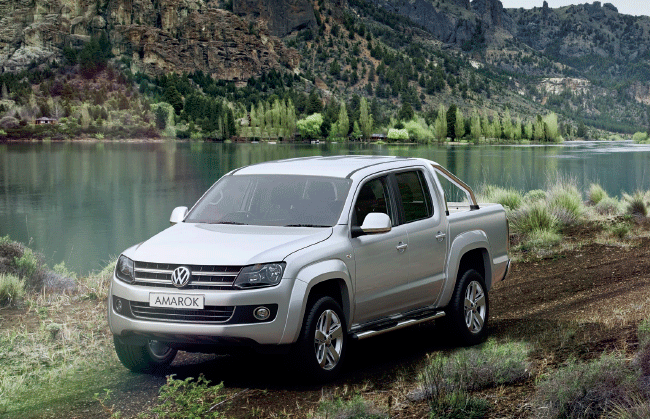 Volkswagen Amarok V6
Much of the X-Class criticism has revolved around heritage – in other words, what makes a marque special. Volkswagen would argue that history, evolutionary engineering and brand fencing are vital for success in the executive market. Fencing? It’s about making their Amarok wholly VW, right down to the DNA. More of that later, but for South Africans it’s also been about passing tests; there were more than a few raised eyebrows at the initial 2-litre turbo-diesel for such an enormous bakkie in 2010. But the truck succeeded in the platteland as well as the cities, earning its stripes in the choking dust and heat haze of the Karoo.

Then, with exquisite timing (keep them wanting more), in April 2017 Volkswagen finally answered prayers and offered up its tasty 165 kW V6 diesel engine, paired with a seamless eight-speed automatic. Hugely expensive, said the assembled devotees, but they bought it in droves. And will keep buying it, VW hopes. New for 2019 will be an increase in power, from 165 kW to 190 kW, just as Mercedes-Benz get its V6 act together.

So, what about that fencing? Well, cries of ‘hypocrite!’ may be echoing around the corridors of Stuttgart; Volkswagen and Ford are climbing into bed together and it’s likely that the next-generation Amarok (2020) will in fact be based on the Ford Ranger platform. What was that about brand integrity, VW? 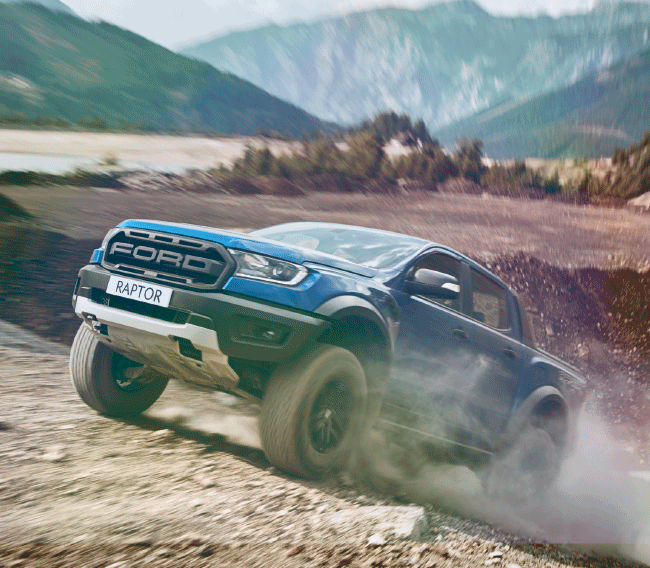 Ford Ranger Raptor
No stranger to the concept of brand integrity, Ford stayed true to its blue-collar fundamentals when it launched its current T6 Ranger series back in 2011. Since then there have been upgrades and additions to the baseline of honest value and toughness, most notably the Wildtrak range-topper, a successful marriage of marketing and mooi-lyk, giving the double-cab a dose of edginess, with its orange paintwork, trendy interiors and street-smart black detailing.

Now the marque is playing its boldest card yet; 2019 sees the introduction of its US-inspired Raptor (though it will be built here in SA), a bigger, bolder, in-your-face incarnation of the already sizeable Ranger. Raptor is interesting because it effectively side-steps the executive double-cab bun fight, favouring American testosterone over Euro sophistication, on the way to increased market share. Smart… Ford is punting Raptor’s hardness, calling it an off-road bakkie and cladding it in huge takkies, giving it upgraded running gear, making it tough enough to survive the next extinction, if Ford is to be believed.

There’s no V6 diesel though (another bun-fight opt-out) – Ford will instead introduce a new 2-litre, 4-cylinder turbodiesel, good for 157 kW and 500 Nm of torque. There’s a new interior, naturally, and no fewer than six driving modes (normal and sport for on-road use and grass/gravel/snow, mud/sand, rock and Baja modes for off-road use). 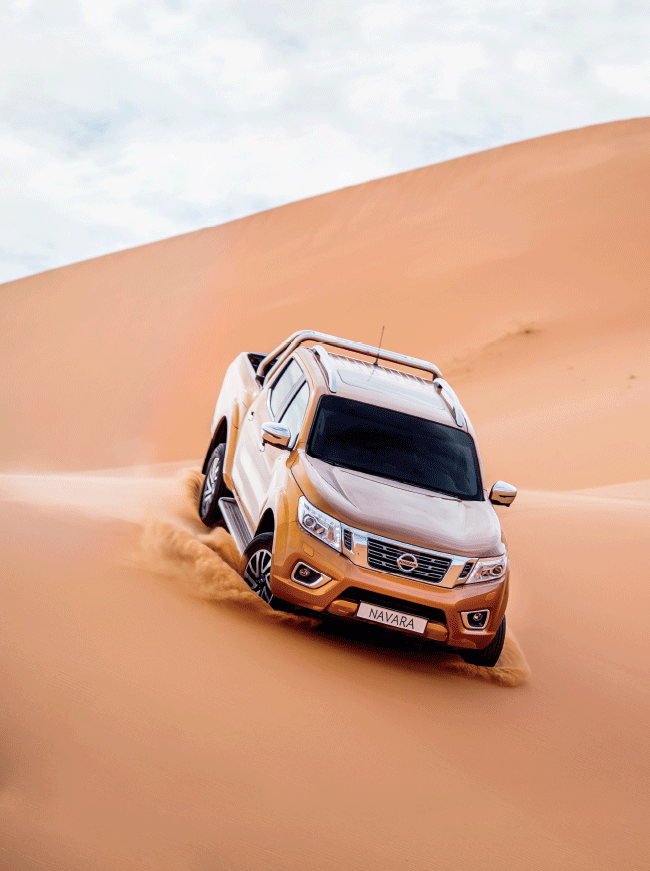 Meanwhile down on the farm…
While the executive heavyweights trade blows, the volume sellers continue to evolve, if not into hyper-elegant all-rounders, then better versions of themselves. The much-loved Toyota Hilux range gains nice-to-have additions from the limited-edition Dakar version, including a new grille and sleeker front end, LED fog lamps, automatic headlights and a range of interior enhancements. Engines stay the same and that’s good news; the current range makes the Hilux one of the world’s best long-distance double-cab cruisers.

Isuzu is also adding value; the KB range gets an X-Rider Black limited-edition, and a fine-looking bakkie it is too; 18-inch alloy wheels, black front bumper guard, blacked-out B-pillars, black side-steps, a black sports bar and, of course, black leather inside. Nissan’s Navara, the cause of all the Mercedes/Volkswagen bickering, meanwhile stays quietly neutral, adding a new 4×2 version to the existing 4×4 range, which should give it much-needed extra legs in a tough market – it’s not easy being the poor relation. 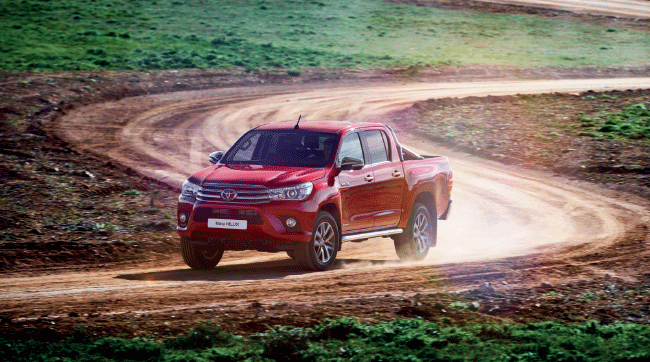 The double-cab market is certainly evolving, of that there can be no doubt. But into what? Conventional wisdom suggests it will embrace sophistication, but Ford may be on to something with their new Raptor. Could it be there’s more of a sideways shift, towards outright ability?

It will be interesting to see if well-heeled SA buyers have been entirely seduced by the Amarok/X-Class-led suaveness, or if they ultimately favour the exaggerated masculinity of the big Ford.