A few decades ago, an ad man summed SA up in radio-jingled words: ‘Braaivleis, rugby, sunny skies and Chevrolet.’ Today, you’d have to alter the lyrics to something closer to ‘tablets, smartphone apps, please-call-mes … and sunny skies’. Because things change.

SA is a country where, according to the Pew Research Centre, 89% of adults own a mobile phone. Such is our national fascination with connected mobiles, and with finances, that it was inevitable that someone, at some point, would develop an app to manage stokvels.

This past May, that someone was Tshepo Moloi, whose StokFella app allows these group-saving schemes to digitally track their finances. ‘After spending eight months in a number of stokvels and researching them, I realised that most were experiencing problems with their bookkeeping. I thought there must be a better way,’ Moloi told the Times.

‘With the app, you create a group that has a chairman, secretary and treasurer, just like you would in a real-life stokvel. Any transaction done on the app gets approved by the chairman or the treasurer as listed by the app.’ 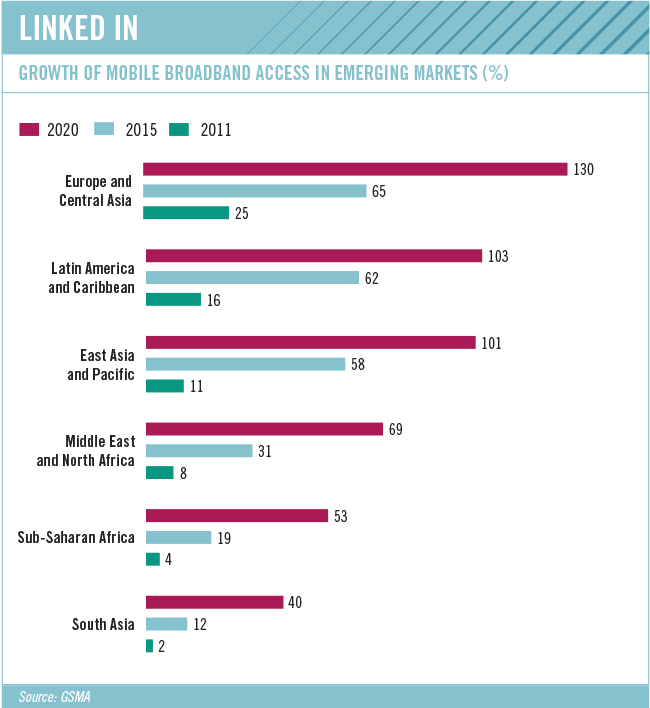 Where there are stokvel apps, there will also be mobile money apps, digital wallet apps, savings apps, apps that help you manage your personal finances and investment apps that promise – disingenuously, in many cases – to help you beat the stock market. But as mobile apps become more sophisticated, and as the fintech market becomes increasingly mature, that ‘beat the market’ promise may not be too far-fetched.

Consider Warren Buffett. On 1 January 2008, the investment billionaire placed a $1 million wager that, over the course of the following 10 years, a relatively cheap plain stock index fund would outperform expensive hedge funds. As of this year, Buffett’s tracker fund – which simply tries to match the performance of top US stocks – is up 65.7%, while the group of hedge funds chosen by Buffett’s opponents, New York City money management firm Protégé Partners, has an average gain of just 21.9%.

The bet still has a year and a half to run, but the results so far do make you stop and wonder: is it really necessary to hire a hedge fund manager to look after your investments, or could a robot do it? And, it follows, if a robot can do it, then could an app do it as well?

We’re seeing that question being answered right now, as robo-advisors enter the SA market. These internet-based systems are designed to lead investors through a series of questions before determining an appropriate mix of bespoke investments. Robo-advisors have, for better or worse, been called the Uber of the financial services industry.

Magda Wierzycka, CEO of Sygnia – which launched its own robo-advisor system locally in May – said in a recent Moneyweb article: ‘The benefits of robo-advisors are obvious. In the world of robo-advisors, investment products are “bought” rather than “sold” – the age-old premise which underpins the marketing strategies of most financial services institutions.

‘There is no urgency to make a decision. You can take your time, play with the input parameters and make your own decisions without the need to conform to someone else’s timetable or “sales” targets,’ she said. ‘In reality, at least for now, robo-advisors are not the complete answer,’ she admitted. ‘But for most people who simply want to put away some money in an easy, cost-effective and convenient way, with little risk of underperformance of the market, a robo-advisor is the perfect answer.’

The expected SA robo-advisor customer is a novice investor with between R10 000 and R100 000 to invest. Given that profile, it’s also the perfect fit for a market that actively uses mobile devices and engages with smartphone apps.

Influential tech blog TechCrunch.com started 2016 with a post titled 5 Things That Will Disappear In 5 Years. Top of their list? Cash, cheque books, credit cards and ATMs.

It’s a sensible prediction, if you look at the selection of financial apps available. M-Pesa, the archetypal African mobile money service, has a customer base of more than 20 million people in Kenya alone. Apps such as SnapScan and Zapper allow you to make mobile payments at selected restaurants and retailers using your smartphone and a QR code. Square allows any business to accept debit or credit card payments. WeChat Wallet allows you to electronically transfer money, via its messaging app, as easily as you’d send a text message and without even needing to have a bank account.

Despite a relative lack of development compared to SA’s urban centres, the country’s rural heartland – like many out-of-the-way places across the continent – is custom-made for mobile payments and e-commerce.

‘With the lack of retail infrastructure, e-commerce becomes a more affordable, efficient and easier option for African consumers. McKinsey and Company predicts that some $75 billion in e-commerce revenue in Africa will be generated by 2025, about 10% of retail sales of the continent’s largest economies and 40% annual growth over the next 10 years.’ 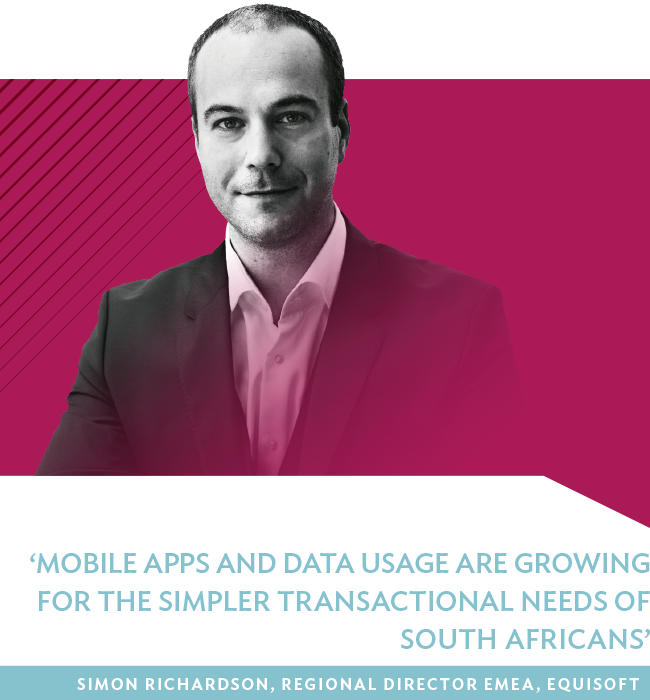 That’s good for mobile money products and for online services, but what does it mean for smartphone apps? In SA alone, there are at least half a dozen smartphones on the market that cost less than R600, including the Vodacom Smart Kicka and the MTN Steppa 2. As mobile broadband becomes cheaper and more widely available, and as smartphone prices continue to plummet, apps are expected to play an ever-increasing role in the average person’s financial life.

In its latest annual State of the Industry Report on Mobile Money, the GSMA – a global body representing the interests of the world’s mobile operators – predicted that the mobile money industry ‘is about to be substantially disrupted by the rise of smartphones and greater access to mobile broadband’.

The report sees smartphone growth outpacing the rate of growth of traditional bank accounts. ‘In 2015, few markets with a high percentage of unbanked adults demonstrated strong smartphone or mobile broadband penetration,’ the report noted. ‘This dynamic will change by 2020, however, as more markets with a large unbanked population will have access to mobile broadband, or at least a smartphone. In this context, apps will become standard.’

‘Our response to the increased mobile internet usage, both in South Africa and globally, was to ensure that our solutions were accessible through all devices, including mobile, tablet and desktop.

‘However, our ongoing experience is that our client’s requests are more for “online” facilities that are primarily used on large-screen devices such as laptops or desktops.’

Richardson believes that this is likely because of the more sophisticated nature of the wealth management or insurance transactions that are being performed, and what he calls ‘the largely face-to-face financial adviser or intermediary models for those, like life insurance products’. (Although, as mentioned earlier, robo-advisors may well change that in some sections of the market.)

But Richardson sees an app-led industry happening sooner rather than later. ‘Mobile apps are playing a significant role in South Africa’s financial services industry, more so in the banking sector than in insurance/wealth management. The banks’ mobile apps are changing the way customers do their private banking, through what is a very personal medium,’ he says.

‘The app – compared to online banking – usage is still quite low, but as long as retailers continue to strengthen the mobile proposition, there is real potential for growth.’