This year, the launch of the multimillion-rand Musina Intermodal Terminal (MIT) in Limpopo near the Zimbabwean border and the reopening of the Elandsfontein Intermodal Terminal (EIT) in the East Rand, Gauteng, is a step further in the country’s road-to-rail migration and is expected to particularly benefit smaller, emerging mining companies. Unlike the established mining majors that have long-standing rail agreements in place or use conveyor belts where feasible, junior miners mostly rely on trucks to transport their bulk commodities.

This could change, as – in line with global efforts to move rail-friendly cargo off the road – the terminals will make it easier to switch between the two modes, and increase the efficiency of importing and exporting mined materials and related products. As fewer truck trips are required, cargo owners and logistics providers will see a reduction in cost and carbon footprint as well as less traffic congestion – which translates to speedier border crossings and less road damage.

The MIT, established by state-owned Transnet Freight Rail (TFR), Barloworld Logistics and other private sector players, facilitates the movement of containerised cargo and bulk mining freight to other transport hubs, notably the port of Durban, from where it can be shipped to global destinations.

At the launch in June, Minister of Trade and Industry Rob Davies said the MIT paved the way for larger projects around the recently designated Musina-Makhado special economic zone and, in particular, the energy and metallurgical cluster, set to attract an investment of more than R40 billion. ‘We were reliably informed that this initiative will provide further benefits for mining ventures located in this area that need to store mining equipment until it is required by the mining operation. This is going to play a meaningful role in the development of our regional economy.’

The EIT saw its first trainload of steel in 15 years arrive at the refurbished terminal and warehouse facility in February 2017. Key stakeholders TFR, Grindrod Terminals, Barloworld Logistics and the Newlyn Group celebrated the launch together with their first major client, ArcelorMittal South Africa. 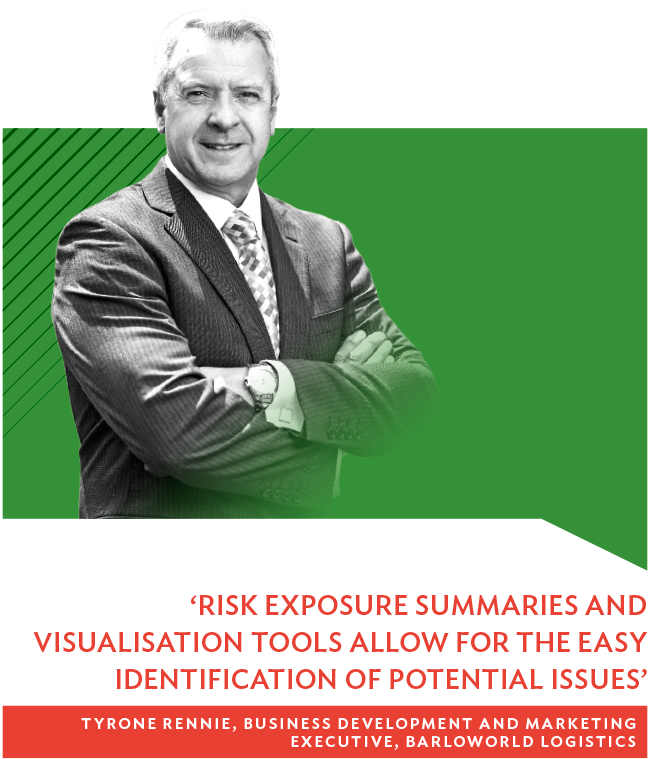 According to a media statement, the annual rail delivery of some 700 000 tons of ArcelorMittal steel products from various production plants will eventually reduce the number of long-haul road truck movements by in excess of 42 000.

Mining companies that turn to supply chain experts often find that their journey from pit to port can be further streamlined. Starting with the underground logistics and surface handling of various mining commodities – which includes the first-mile transport from the mine, loading at rail terminals and sidings, and last-mile road transport to the port terminal – the cargo flow management also incorporates freight forwarding, warehousing, inventory optimisation and stockpile management.

‘The power of simulation and network modelling lies within its ability to identify risks, and therefore mitigate these before they happen,’ says Tyrone Rennie, Barloworld Logistics business development and marketing executive. ‘The launch pad to a resilient supply chain is engaging in a process of assessing, prioritising, analysing and planning for any and all risk scenarios. Supply chain models put together complete views of an organisation’s supply chain in order to allow for continual optimisation, rapid reaction to changing markets and the testing of new strategies. Risk exposure summaries and visualisation tools allow for the easy identification of potential issues, and the strategies for coping with them,’ he says.

The arrival of control towers has further advanced the ‘smart’ logistics chain, creating end-to-end solutions that integrate all stakeholders in one centralised network. According to Unitrans, whose mining contract logistics include ultra-heavy road trains for Richards Bay Minerals, control towers can be fully integrated into customers’ supply chains and assist in managing receiving and dispatch points, and improve supply chain management through visibility, information availability and reporting.

Johan Truter, CEO of Imperial Logistics’ managed solutions, describes the control tower as ‘a critical  link’ that provides a bird’s-eye view of multiple operations across different transport modes, regions and activities. ‘It would be impossible to optimally manage the vast array of services required without this centralised function to tie them all together.’

According to Rennie, being able to centrally oversee logistical activities provides opportunities for collaboration, efficiencies and overall improve-ment of the function of the entire value chain. ‘The concept of a control tower has evolved hugely thanks to technological advancement increasing the ease with which information is gathered, monitored and analysed – leading to more rapid decision-making and agility,’ he says. 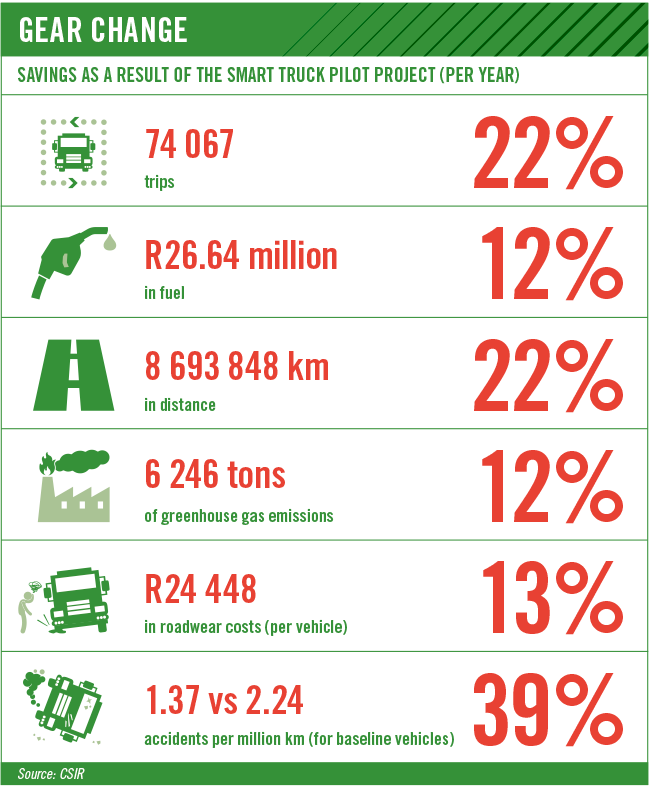 Maersk Line Southern Africa (owned by Danish group AP Moller-Maersk) is a leading shipper of mined materials. The line’s container traffic increased because of strong mining commodity export growth in the first quarter of 2017. ‘After the 2016 downturn in the mining and mineral resources sector, commodity prices have recovered significantly through April, resulting in South African container exports showing year-on-year growth of 20%,’ says Jonathan Horn, MD of Maersk Line Southern Africa. He adds that exports to Asia increased by 37% year-on-year over the first quarter, on the back of increased demand for local mining commodities.

‘Commodities such as chrome and manganese are used in various products – from household appliances to road and building construction – so global consumer demand as well as infrastructure spend, particularly from China, have helped boost the demand for South African mining commodities.’

The rise has also been supported by a move in some instances from bulk to containerised flows. However, Horn expects lower market growth (2% to 4%) for the rest of the year due to volatile demand cycles.

It remains vital to optimise the logistics chain, for example by avoiding empty or half loads. Minerals trading company Sail, which owns underground and open-pit chrome mines in the Bushveld Igneous Complex, has redesigned the standard 20-foot container for this reason. The company says that when loading the mined material from the top, it only reached half of the container height because of its high density. So it sliced the top half off the container, which ‘enabled the double stacking of empties while repositioning for the return leg. The saving as a result of this innovation has been substantial’.

Marine container supplier Seaco, states that such half heights are engineered for heavy bulk products and are ‘ideal for dense cargo transported by the mining and mineral by-product industries’. Grindrod Intermodal has successfully trialled half-height bulk rail containers, finding them versatile and also suitable for road transport.

Meanwhile, a nationwide smart truck pilot project to increase payloads and improve overall efficiencies through special-permit trucks also shows promise. ‘We reached 100 million km in June and have asked the Department of Transport to continue with the project,’ says Paul Nordengen, CSIR research group leader. ‘Currently there are 245 vehicles operating according to performance-based standards in South Africa – 80 of which serve the mining sector.’

Apart from the obvious advantages this would bring to productivity and safety, logistics providers can’t risk being left behind. The future of logistics lies in smart solutions and collaboration.