A total of 10 companies listed on the JSE in the first half of the year, with a surge of five listings in the month of June. The managed separation of Old Mutual was easily the highest profile of these, with the primary listing of Old Mutual Limited as well as the unbundling of UK wealth management business Quilter at the end of June.

Patrycja KulaVerster, Business Development Manager of the JSE’s Capital Markets division, says the managed separation process is a ‘good African growth story’, in that along with its listing on the JSE, the group retained its listing on the London Stock Exchange and also listed in Namibia, Malawi and Zimbabwe. These secondary listings are of benefit to institutional investors, such as pension funds, which are able to directly invest in these assets in these markets.
‘This is a fantastic listing, giving South African investors exposure to the different businesses that used to comprise the group.’

In recent years, unbundling and the separate listings of assets has become a trend on the market. So far in 2018, there have been three other carveouts, aside from Old Mutual. Hosken Passenger Logistics and Rail, which was unbundled from parent company Hosken Consolidated Investments in April, owns the wellknown Golden Arrow Bus Services, which operates in Cape Town. Grindrod Shipping, a specialised freight entity, listed on the Nasdaq Stock Market in June, with an inward listing on the JSE as part of the separation of Grindrod into two distinct business. KulaVerster says this is another first for the exchange as this listing offers exposure to a ‘pure Singaporian asset’ in a sector that had previously not been available on the local bourse. Meanwhile, Mettle Investments, which listed on the JSE’s AltX exchange, was spun out of Tradehold. 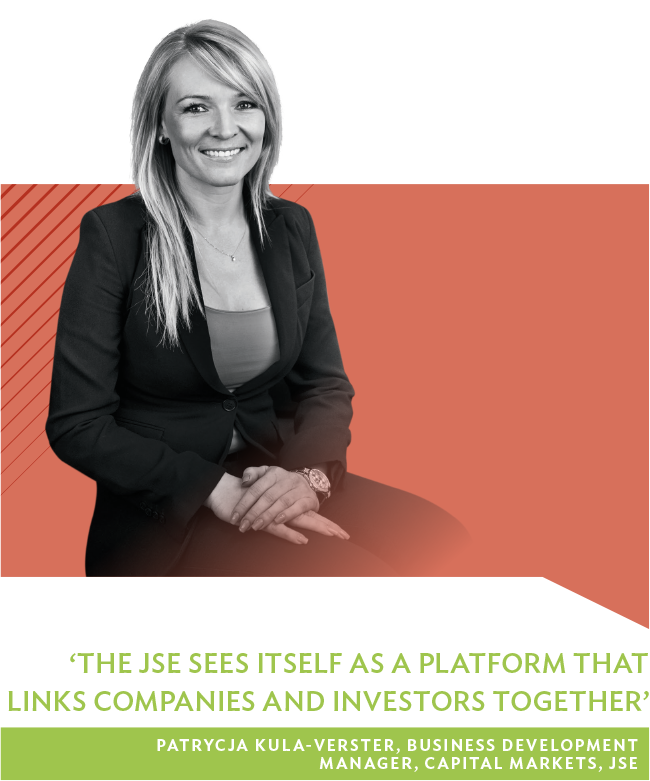 There has also been a large merger on the bourse this year, with Distell and Capevin (a holding company that previously held a stake in the liquor business) simplifying the historical ‘multitiered ownership structure’. Investors now have a single entry point to invest in Distell.

One real estate investment trust (REIT) debuted on the market in June. Examplar REIT, a fund with 20 shopping mall assets (which are based solely in underserviced, periurban townships and rural areas in SA) has a value of more than R5.5 billion and a market cap of around R3 billion.

KulaVerster also highlights the listing of Libstar, which was a successful private equity exit. Libstar operates a number of food businesses, including Denny mushrooms and Lancewood cheeses. It raised R3 billion via its listing in May, ‘half from its primary raise and another R1.5 billion from a secondary selldown from existing shareholders’.

There have been two other inward listings. Kore Potash, whose primary asset is the Sintoukola potash project in the Republic of Congo, as well as Vivo Energy, which was also a private equity exit. Vivo was formed through the purchase of Shell’s African operations (outside of SA) in 2011 by Africa focused privateequity firm Helios Investment Partners and the world’s largest oil trader, Vitol.

Vivo Energy is active in 15 countries and has a network of more than 1 800 fuel stations across a number of brands, including Shell and Engen.

In excess of R18 billion has been raised in the secondary market on the JSE so far this year, with three significant transactions. Sanlam raised R5.7 billion to fund its acquisition of the remainder of Moroccan business Saham Finances. A number of property counters raised capital – Hyprop raised R784 million; Sirius Real Estate R590 million; and Echo Polska raised R2 billion for the acquisition of Polish retail assets.

KulaVerster says that although there is a ‘very close link between economic growth and equity listings’, the pipeline of new listings has been robust. ‘The JSE sees itself as a platform that links companies and investors together.’