Double cab manufacturers are amping up the testosterone

Once was that the survivalists were a fringe group of lunatic mullet-shorn backyarders obsessed with Obama and the aliens that abducted Minnie. No more. The world has had a taste of isolation and two lessons have been learned – quality really is everything, and never take freedom of movement for granted. Combine them, and there’s a neatly packaged coalescence – a premium double cab will last a very long time and venture where neither human nor malady can reach. True enough, but the timing is both good and bad. Certainly, disposable income will be in short supply for the foreseeable future, but in the credit column, potential customers have never been so spoilt for choice – or opportunity. The new-car sector is most definitely a buyer’s market, awash in tempting deals. And while the push for discounts will happen at the budget end of the market (watch Suzuki’s aggressive attack on this segment in the next eight months), the best deals will be had at the premium end.

Difficult times call for tough friends, and the current breed of do-all luxury double cabs is certainly that. It’s a solid segment in the sector, which explains why two unlikely newcomers are trying to make a go of it. GWM’s P Series and Peugeot’s Landtrek will have their work cut out for them, convincing local buyers to ditch their traditional loyalties in exchange for a price reward (the GWM P Series) or a degree of individuality (the Landtrek).

No easy task, but both are determined to make inroads, even in these tumultuous times. Brave. Best of luck to both of them. 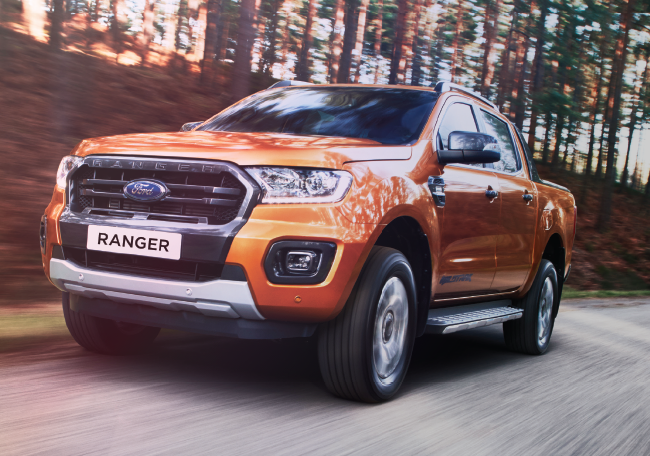 Ford Ranger
Battle royal it most certainly is – the scrap between Ranger and Hilux to claim ownership of torch and dominant tribe. The Blue Oval’s flame burns bright right now, accepted as the most successful manufacturer playing in the world of full-pant testosterone derivatives with its Raptor edition, which has been selling well. Forecourt kudos is high, pump jockeys and hardbaarde all admiring the pimped-out Kentucky-with-a-shotgun-rack-in-back looks and attitude. Raptor is more bark than bite, of course, a largely cosmetic affair, the fire-breathing V6 or V8s only for the faithful in redneck and desert states far away. The local Raptor’s 2-litre diesel engine also sees service in the company’s less-ripped Everest and sister Wildtrak. Where changes have been made – a strengthened ladder chassis frame, bigger 285/70 R17 BF Goodrich all-terrain tyres and 283 mm ground clearance – they are aimed at improving off-road ability and have made the Raptor a favourite of inland-adventure lovers.

Where Ford has really made giant strides is in the area of co-parenting; the announcement that Volkswagen’s next Amarok, expected in 2023, will be based on the (next-generation) Ford Ranger platform is a real win for Detroit. In SA at least, Amarok offers a smart alternative to the Ranger/Hilux buying conundrum. Ford will now be reaping the rewards of two out of three of those choices.

Toyota Hilux
Not to be outdone, Toyota has been steadily improving Hilux, already a choice piece of machinery. The local manufacturer is being tight-lipped about upcoming changes, but expect some significant upgrades by October. Certainly, there will be additions in the cabin, almost certainly a much-needed upgrade to the infotainment system, which will include Apple CarPlay and Android Auto.

There will be a power hike for the popular four-cylinder 2.8-litre diesel engine, somewhere in the region of an extra 15 kW over the existing 130 kW to bring it up to scratch with the competition. The weirdly alien, angular front end has also gone under the surgeon’s scalpel, though it’s unlikely changes will extend any further back along the bodywork.

Mitsubishi Triton
The new Triton range, a long time in the coming, has been well-received internationally, mixing it up during the awards season with Ford’s Ranger. It’s loved by the motoring media for its bulletproof nature (always a Mitsubishi trait) made that much more liveable with the inclusion of a raft of creature comforts in the new generation. Toyota and Ford fans will wryly note that it’s about time, but the fact remains that Triton is now a real contender in the double-cab market. A slick six-speed automatic transmission recommends it, as does arguably the best-looking interior of the bunch, good to live with and nice to look at.

The 2.4-litre, four-cylinder turbo-diesel is a carry-over from the previous generation, but that’s no bad thing, it being strong, relatively economical and unburstable.

Volkswagen Amarok
News of Mercedes-Benz’s X-Class double cab’s demise (it plays its last solo in May) benefited Volkswagen more than any other marque. Neat timing from Volksie too – the new V6 3-litre TDI engine, churning out 190 kW and 580 Nm, will hit showrooms in July, corona notwithstanding, offering premium customers debating a Stuttgart future the chance to make the choice they should have made in the first place (no hard feelings Mercedes, but stick to executive tar-roaders).

The Argentine-built VeeDub comes with all the trimmings, as should be expected for a bar and small change. And for once we believe the marketing yada yada – if you can afford one of these, it is likely all the car you’ll ever need, good for that chic Clarens christening as well as the citrus harvest. 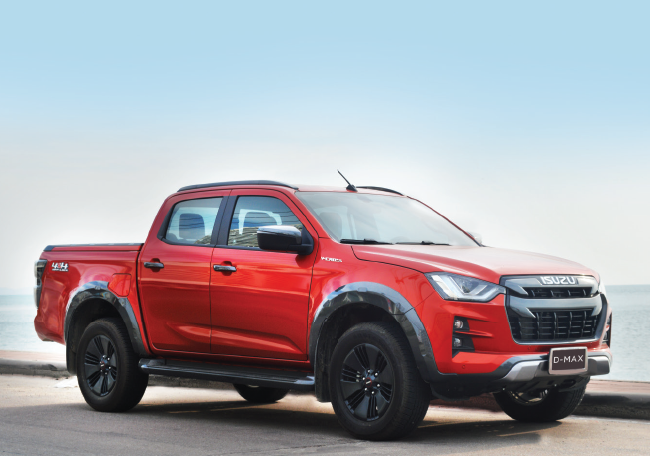 Isuzu D-Max
Much of the double-cab chatter this year has been about Isuzu’s all-new D-Max range, well-loved but woefully behind the likes of Hilux and Ranger in terms of sophistication and features. It’s just around the corner, but in the meantime the curtain raiser is the why-didn’t-you-introduce-it-sooner automatic entry-level 2.5 TD version. Unsurprisingly it’s selling like hotcakes, just in time to boost current D-Max sales and clear showrooms for the new rock star, due in July next year. That vehicle will, of course, be built in SA, Japan happy to feed R1.2 billion into the local plant. Plans to launch it sooner were put on the backburner – equipping Port Elizabeth and testing the bakkie for African conditions will take longer than anticipated, according to Isuzu.

Partly that’s because the new D-Max is a more sophisticated car in every way and retooling will be complicated. When it does arrive, the double cab will finally be able to take the fight to Hilux, Navara and Ranger.

It will be less about industry, more lifestyle, dynamically strong, quieter, more sophisticated. At its heart will be the existing 3-litre diesel engine, but radically reworked and improved (it should deliver 140 kW), Isuzu promises – smoother, more economical and powerful. Good news, though there’s little wrong with the outgoing unit, much admired in bakkie circles. Inside is where the real differences will be evident. The top models will feature an all-new 9-inch infotainment screen, digital dials, dual-zone air conditioning and soft-touch materials. A slew of active and passive safety equipment will see it achieve good safety ratings, and a rear diff lock, along with an industry-standard wading depth of 800 mm, will endear it to the off-road lifestyle weekender market.

Nissan Navara
The news that Nissan will soon be building the Navara in SA is good indeed. Finally divorced from the disastrous Mercedes-Benz X-Class experiment, Nissan can get on with the business of honing Navara, one of the best double cabs available. Navara does not sell particularly well in SA (though it was updated last year), and Nissan will be looking to turn things around. Key to that will be keeping the big ute in the public eye.

Cue the latest edition to the range, the Stealth, essentially an add-on kit, a special edition aimed at the Raptor/GR-Gazoo cool-look crew. Stealth’s black and orange trimmings are the business, as are the blackened rear roll bars and black alloy wheels. The mechanicals stay the same – Nissan’s 140 kW, 450 Nm 2.3-litre turbo-diesel engine, mated with that sweet seven-speed automatic transmission. And, of course, that industry-leading suspension – one of the main reasons Merc came calling – the super-comfy, five-link rear suspension is in a class of its own.