Newton’s first law of physics suggests that our resistance to change has a basis in science – we don’t like it until it’s forced upon us. Motoring’s first magnate, Henry Ford understood this inertia only too well. ‘If I had asked people what they wanted, they would have said “faster horses”.’ Today’s faster horses are tweaked combustion engines fed with fossil fuels. The disruptors – electric, hybrid – face an enormous challenge, even in the face of mounting evidence that climate change Armageddon is far closer than we think. The problems are simple economics – alternative propulsion is expensive to research and develop, requires high sticker prices on the finished product, and sales are low because of government intransigence and buyer apathy.

The economics mean it will remain the high end of the market that sees the most hybrid and electric movement in 2019. Premium prices can mask extra costs and buyers of executive and sports cars tend to be better educated about climate change and fossil fuel denudation. Equally, and more interestingly, hybrid makes sense from a performance point of view; combined power units can add significant grunt to already powerful cars.

Porsche
No one understands this better than Porsche, whose 2019 line-up reflects a performance approach to hybrid and electric power. Front of the grid this year is the company’s new Taycan electric vehicle, due for international debut in September, with cars arriving in SA early next year. It’ll be something of a game changer, the Taycan. Based on the Mission E Cross Turismo concept shown first in Geneva, it’s a four-door GT with an 800V heart, good for 440 kW and a range of 500 km. Porsche is looking at the entire Taycan product holistically – sustainability is important, and Zuffenhausen will be looking to make its production carbon-neutral. Also new for SA this year from Porsche is the Cayenne Turbo S E-Hybrid, as fast and silky smooth as its sister, the Panamera Turbo S E-Hybrid. It’s the S that is important here. Extra oomph in spades, up significantly from the ‘conventional’ Panamera E-Hybrid and Cayenne E-Hybrid.

BMW i3
Advancing the game for Munich this year is, predictably, the greenest of BMWs – the company’s eDrive champion i3. Facelifted in the middle of 2018, i3’s latest advances are under the skin, involving the battery. The car’s cell capacity has been boosted to 120 amp hours (Ah), up from just 60 Ah when it was launched in 2013. That may not sound much, but it means the distance achievable on battery power alone increases almost 30%; the range is now 359 km, says BMW. 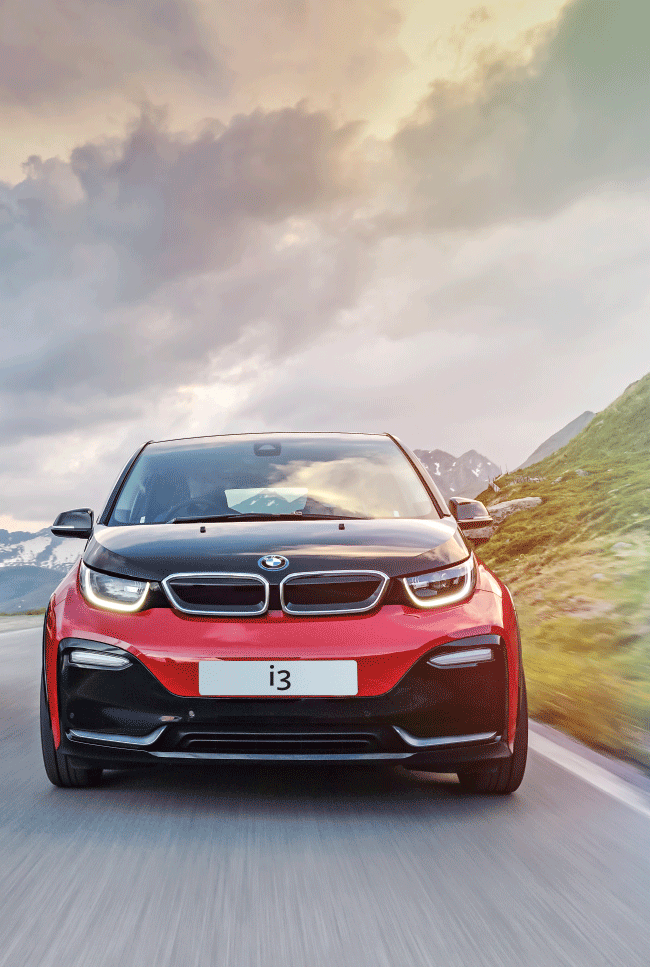 That is not, we must caution, achievable if you drive it like you stole it – a heavy right foot means the range drops dramatically and it’s then that the range extender (a small combustion engine) makes a lot of sense. You’ll have fun though. The i3 and especially the sports-orientated i3S are both capable of indecently quick turns of speed thanks to all that immediately-available torque. Expect to reach 100 km/hr in just over seven seconds, with whiplash to 60 km/hr. It’s the go-to robots racer.

Lexus and Toyota Prius
Much of Toyota’s R&D money in the world of alternative propulsion has found its way into its executive Lexus brand. Better returns, better economies of scale. Wholly new to Lexus this year is the crossover UX, the marque’s most determined attempt yet at a millennial car. The much-derided CT never managed much traction, as much because of its Corolla looks as its high price. Lexus is hoping the heavily creased, slightly raised, brightly coloured UX body will turn heads – and for the right reasons this time. Certainly it’s bold, the front well-wrought but the rear haunches are slab-like and clumsy. It uses Toyota’s 2.0-litre petrol engine, coupled with a new direct-shift continuously variable transmission that is quick and responsive, most of the time. Inside it reflects the youth market it is after – two-tone upholstery, a refreshed interactive digital experience and plenty of planes, angles and toys to keep the curious intrigued. Expect other updates – mostly battery technology – from the bulk of other Lexus models, notably LC, LS and the sports tourer RC.

Toyota’s evergreen Prius also gets a new lease on life in 2019, with an electric all-wheel drive system on the cards (watch this space) and a typically angular new look. There are advances to the battery component of the car, though the 1.8-litre petrol engine remains unchanged. Inside things are far more upmarket, reflecting the premium price point. Materials and detailing have been significantly improved and the Prius drive experience is now more akin to a Lexus than a Toyota.

Jaguar I-Pace
At the Geneva Motor Show, held in early March, Jaguar’s game-changer – the I-Pace performance SUV – won the coveted title of European Car of the Year. It’s an accolade well deserved; Jag’s beautifully sculpted electric cat is as sexy as Fonda in Barbarella, and gentle on the environment to boot. 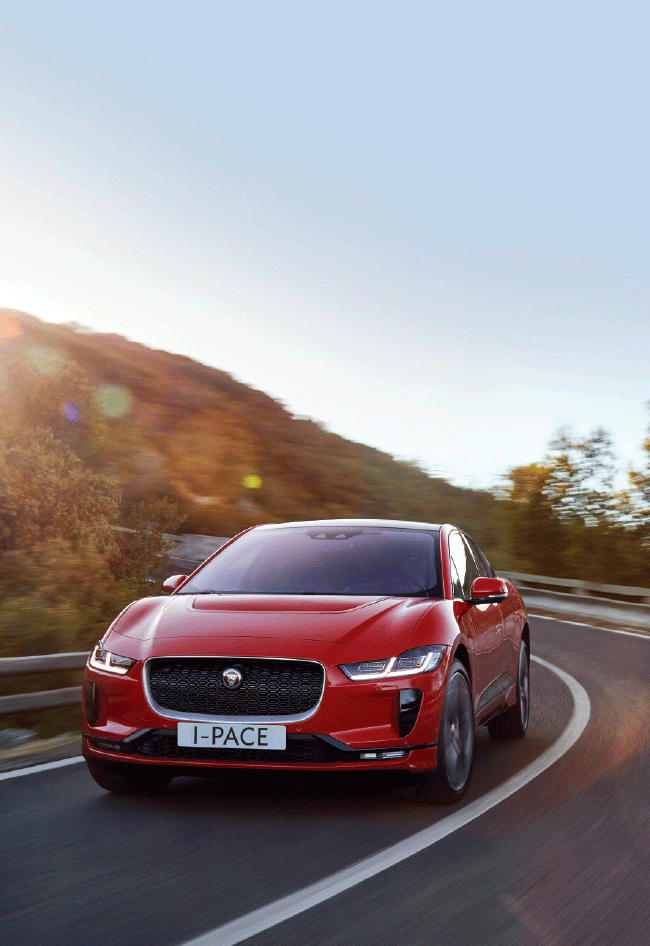 Jaguar Land Rover (JLR) SA is talking up its champ, extolling the virtues of the environmental warrior – the 90 kWh Li-ion battery charges rapidly, says JLR (80% charge in only 45 minutes using a DC 100 kW charger) and is capable of a range of 500 km. But that’s not the point. The point is a 0–100 km/h time of 4.8 seconds from the available 294 kW and 696 Nm of torque from twin electric motors. Quick by any measure and quicker still when you consider the immediate delivery. The real litmus test, however, will be context. Will JLR’s not inconsiderable investment in forecourt-dealer charging and backup service win friends and potential buyers? Only time will tell.

Mercedes-Benz EQC
By its own admission Stuttgart was late to the alternative power-sources game, but the advantage is it got to scope out what was working and what wasn’t. Executive SUVs are electric du jour and so it’s no surprise that Mercedes-Benz’s first electric intelligence (EQ) branded car is the EQC, an electric crossover SUV, not unlike Jaguar’s I-Pace. Similar? Certainly, with two motors producing 300 kW and 765 Nm; figures almost identical to Jaguar’s silent cat. Visually, however, it borrows more from sister GLC and Jaguar’s F-Pace SUV than I-Pace, significantly less sporty and likely to appeal to a wider, older market. SA buyers (look out for one by year-end) can up the aggression ante by specifying AMG Line trim, though this is purely cosmetic, adding nothing to drive train or dynamics. Inside, things are demonstrably Merc – the new MBUX infotainment dashboard will be familiar to current model A, C and E-Class drivers, with a few neat little EQC additions (for range and power data).

Audi e-tron
There’s a pattern emerging, no doubt about it. The third of the electric sisters is Ingolstadt’s offering, the e-tron, which should see SA shores by mid-year. Triplets? E-tron, like the Mercedes-Benz EQC and Jaguar I-Pace homes in on the SUV crossover market as the best place to play electric dreams. Its figures are similar to both rivals – 300 kW and 560 Nm of torque, 5.7 seconds to 100 km/h – as is the layout, two electric motors over separate axles and an AWD system. Charging and range estimates are similar too: Audi claim a 400 km range and the AC and DC charging options mean fast-charging of up to 150 kW at high-speed charging stations is manageable, with an 80% charge achieved in about 30 minutes. Inside, Audi’s current virtual cockpit architecture predominates, with beautifully finished handles, a flattened gear-shifter first seen in the Q7 and a floating rear-view mirror the stand out design elements. 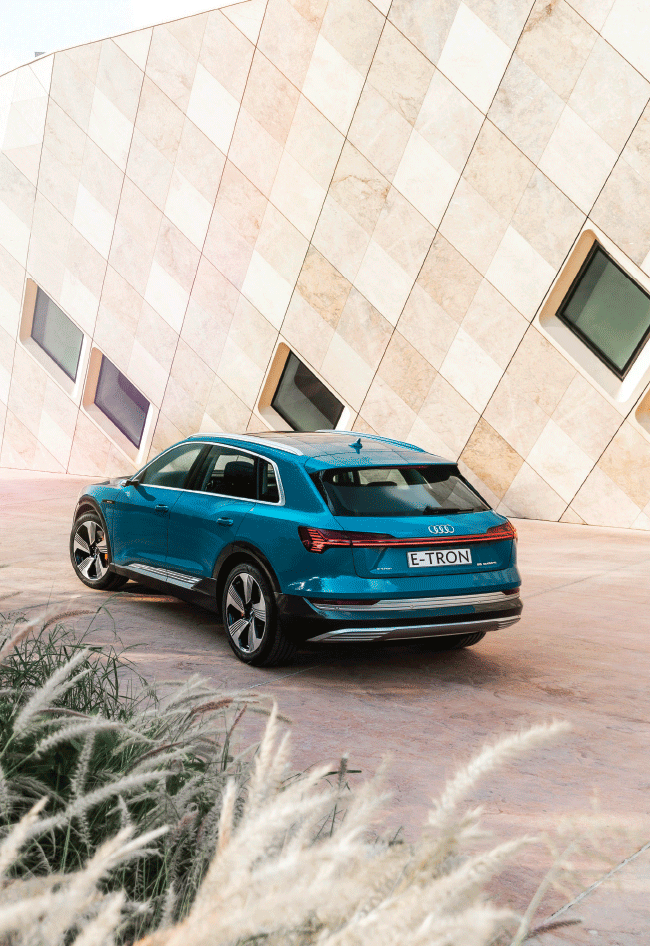 Volvo XC90
The Swedes are represented in the alternative power source market by the XC90 T8 twin engine full-sized SUV. Big is right, although Volvo’s Thomas Ingenlath did a masterful job of crafting the svelte, minimalist exterior. Full marks too for Robin Page’s groundbreaking interior, which makes use of cellphone culture and operation to simplify multiple tasks and operations. It’s pretty too, Scandinavian to its blonde wood core; restful and comforting. The big Swede’s dual engine – essentially a 2.0-litre turbo and supercharged petrol-electric hybrid – helps shift the monstrous elk but suffers in the consumption stakes. This is no eco-warrior if your resolve is weak. The great pity, however, is that Volvo has not seen fit to bring either XC40 or XC60 hybrids to SA (yet). Demand apparently is negligible, at least under current circumstances.

Nissan Leaf
Finally, back to where it all began, with Nissan’s Leaf, the pioneer of mass market all-electric motoring. The company suggests the latest Leaf will arrive in SA ‘in the next 12 to 18 months’, more stylish and better equipped than ever. Certainly, Japan’s current trend for savage folds and funky sheet metal plays out here, as does the search for a pared down, simple interior. For the rest it’s familiar territory – a 110 kW electric motor producing 320 Nm of torque in conjunction with a 40 kWh Li-ion battery silently shoves the car through city traffic with zero emissions. Nissan claims a range of 400 km for the Leaf and a recharge period of eight hours using a 6 kW outlet or alternatively, 16 hours using a three kW outlet.

The endgame
Bluntly, it’s going to be a tough year for hybrid. Recent changes in European emissions testing have upset the apple cart, and manufacturers are still figuring out their next move. Unrealistic goals for 2020 mean that many manufacturers are simply shelving hybrid projects – always a stopgap anyway. Recently cancelled projects include VW AG’s Mk8 GTI hybrid, the next Polo and BMW’s next M3. Rolls Royce has scrapped plans too.

The silver lining could be that electric propulsion benefits from the funnelled cash and we’ll see a significant spike in development of motors as well as battery technology. The global catch then is, will governments come to the table to talk infrastructure? Current consensus is that’s a big ask in SA, out to protect traditional motoring jobs. But the wheel will turn and there are the sparks of a new enthusiasm in a new generation of lawmakers. And enthusiasm is crucial. As Henry Ford famously suggested, it’s ‘the yeast that makes your hopes shine to the stars’. Let it shine.