Manufacturers are forging ahead with greener cars

The motoring world is divided along roughly First and Third World lines. The Europeans and Americans, with their stringent emissions and safety standards (95g CO2/km is the EU target for 2020/21), create the best, safest and cleanest cars in the world, and export them to wealthy markets. In the East, the likes of India and China make cars for manufacturers selling to poorer markets, including themselves. These Asian-sourced cars traditionally lack expensive safety and greener technologies. Increasingly, however, there is more parity, and the East is boarding the green train with a vengeance. Indeed, the bulk of global sales of electric cars in 2019 – 7.2 million – was mostly due to massive increases in the Far East.

Ongoing advances in production-line technology, materials and parts are finding their way to Eastern factories, meaning even an entry-level subcompact is now partly recyclable – and cleaner. India and China have both recently upped the ante in terms of emission regulations.

In the Biden era, green is cool again, and cars and manufacturing processes are reflecting this. In SA, where government has been less than proactive when it comes to electric and hybrid partnerships, local manufacturers have turned to broader environmental initiatives to offset their carbon footprints. BMW, Toyota, Volkswagen, Isuzu, Ford, Mercedes-Benz, Nissan and Mahindra all have some degree of conservation involvement, as well as more focused plant-based strategies. The majority of these aim to reduce waste – water reticulation and materials re-use are key strategies.

The results are gratifying. BMW’s integrated management-systems project has seen an 80% reduction in the use of water since it was implemented in 1999 at its Rosslyn plant; Toyota’s new warehouse includes major water-reticulation and solar integrations; Mercedes-Benz’s East London plant harvests rainwater from rooftops (which feeds a 1 million litre storage system), and Isuzu has come up with an ingenious scheme to build local low-cost housing using recycled waste from its Gqeberha-based plant.

Ford’s extensive Wildlife Foundation funds, among others, important research on Nile crocodiles, the coastal coral reefs of SA and the critically endangered Indian Ocean humpback dolphin. Uitenhage-based  Volkswagen has an oceans focus – it partners with the Dyer Island Conservation Trust, which undertakes ongoing research on the African penguin and great white shark, among others. And Lexus has the Spekboom project – the manufacturer of hybrid cars will plant more than 8 000 plants to directly offset the approximately 143 units it sells in a year.

Yet what of the actual cars? While COVID has kneecapped the green segment, there’s a significant uptick in performance and luxury hybrid and electric models. Front and centre is Lexus, with the largest range of hybrid cars in the country – five ranges – and a 39% market share of hybrid and electric sales in the premium sector. The biggest news from the marque for 2021 is the introduction of a hybrid-only line-up for the new Lexus IS range. No pure-fuel engines is a brave move, but it’s a statement of intent. 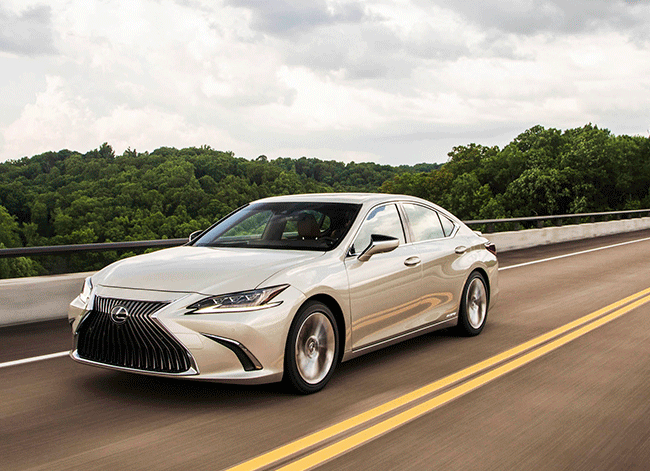 Models will be EX Hybrid for affordability, SE Hybrid for exclusivity and F Sport Hybrid for performance. The move forms part of the ongoing Lexus strategy to ‘own’ the hybrid segment. ‘The hybrid market has shown immense growth on a global scale in the past five years,’ says Glenn Crompton, Lexus VP of sales and marketing. ‘The shift from diesel to alternative fuel is expected to keep growing at a rapid rate worldwide.’

Grow it will, and parent company Toyota intends to be part of the movement too, locally. ‘We will be introducing hybrid variants of both the Corolla sedan and RAV4 Hybrid in 2021,’ says Toyota spokesperson Riaan Esterhuysen. ‘The strategy here is to bring hybrid to mainstream models, based around mid-specification Corolla X and RAV4 GX grades.’

Further up the ladder, Porsche is rolling out its game-changing, fully electric Taycan, with new variants set to make a local debut. The Taycan Cross Turismo and the base model Taycan rear-wheel drive both point to an aggressive Porsche electric future. The Taycan Cross Turismo is essentially a crossover dirt-roader estate, and the rear-wheel-drive version is an attempt to bring the Taycan entry price down. The latter loses the front electric motor and some power, but that doesn’t mean it’s slow – the Taycan is one of the world’s fastest accelerating cars and in the single-motor rear-wheel-drive version still manages a 0-100 km/h of just more than five seconds. It drifts too…

The rest of Porsche’s range is hybrid strong, with both the executive Panamera and SUV Cayenne offering dual-energy options. 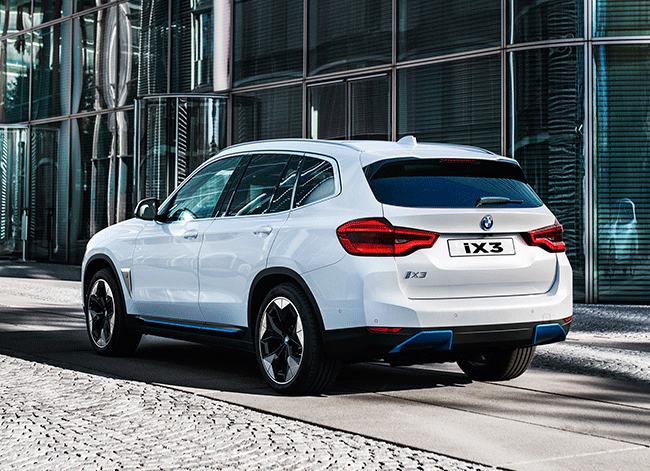 BMW has an interesting electric year ahead, with the introduction of the all-electric iX3. Unlike the trendy i3, it is based on the existing, familiar X3 architecture. It uses the company’s fifth-generation eDrive system, good for 210 kW and 400 Nm, sent to the rear wheels via a single-speed gearbox and an electro-mechanical performance control differential, with three driving modes: Eco Pro, Comfort and Sport. The range is said to be 460 km, but it remains to be seen how true that will be under SA conditions. The sense behind an electric SUV is also questionable, though BMW are at pains to point out that iX3 is seen very much as an urban crossover.

BMW petrolheads who are concerned that their favourite sports brand is going soft need not worry – other notable launches this year are the latest M3 and M4, both highly anticipated and about as far from electric as it is possible to be. 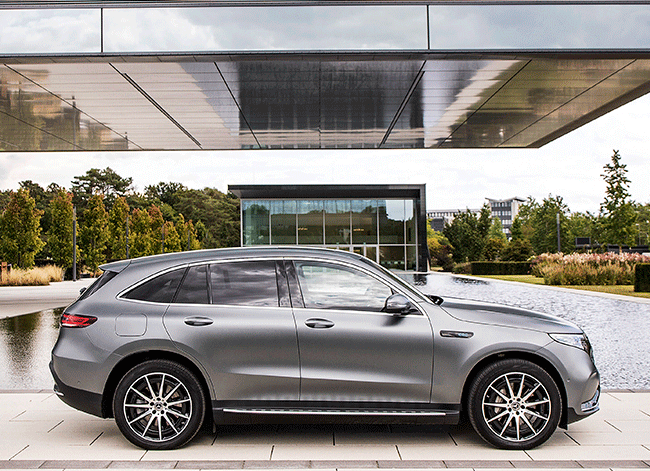 Mercedes-Benz, meanwhile, will introduce its electric SUV mid-year. The EQC has been selling well in overseas markets and it’s been teased (and tested) in SA already. GLC-sized, the four-wheel-drive EQC 400 uses electric motors fore and aft, and figures of 300 kW and 765 Nm are pretty decent, though the range of around 410 km is only average. The EQC is part of the EQ strategy that incorporates the EQA and the much-anticipated EQS, which will eventually sit alongside the new S-Class. Recently relaunched, it’s quieter, faster, cleverer than ever, but without a hybrid version for local tastes.

Audi has been pushing its sustainable motoring credentials hard of late – its use of climate-neutral rail transportation and LNG trucks in Europe has won it admiration from the green warriors, as has its Aluminium Stewardship Initiative (the use of aluminium at its factories is on a ‘closed loop’, meaning all scrap is sent back to the suppliers for recycling). Its E-tron electric motoring focus is well advanced too, with the first model, the Q5-sized e-tron SUV selling well in many markets.

COVID killed the electric star in SA (at least for now) and local fans will have to console themselves with the raft of delicious yet hardly green monsters expected this year; RSQ8, Q5 Sportback and RS3 are all due for local release.

Jaguar Land Rover’s electric star, the Jaguar I-Pace, has battled with high pricing issues in SA, good though it is. So the news that the company intends to complement it with an F-Pace PHEV derivative this year will be met with some puzzlement.

Or not. The F-Pace SUV is a bestseller for the brand and the plug-in hybrid makes sense, given the company’s somewhat brave plan to be entirely electric by 2025. The rest of the business has adopted hybrid technologies with gusto – Land Rover’s range features hybrid variants up and down the scale, including, soon, of the new Defender. Ironic indeed, given that the previous model was the flagbearer for all things analogue, the champion of a basic-is-better, low-tech world.

The Defender P400e employs the 2.0-litre, turbocharged petrol engine mated to an electric motor and a lithium-ion battery from the Range Rover Sport PHEV – powerful enough to get the behemoth to 100 km/h in under six seconds. It will improve efficiency too – the new Defender’s Achilles heel is less-than-stellar consumption figures.

Volvo recently announced plans to be 50% electric by 2025, and 100% electric by 2030 –followed by the news that its XC40 Recharge Pure Electric will launch in SA in the second half of 2021. ‘I think it is interesting that the discussion has broadened in a lot of places,’ Volvo Car Group CEO Håkan Samuelsson told Autoweek in late 2020. ‘California, the UK, even Bavaria in Germany are talking about 2035.’

If legislation does indeed force the hand of Western car-makers, expect to see yet greater schisms develop between manufacturers either side of the Silk Curtain as the developing world will require considerably longer to switch to electric.

Companies will need dual factories to supply both fossil-fuel and electric cars to the divergent markets. The agile and the adaptive will win out. The resistant will fall by the wayside.