The proposal by National Treasury to scrap the tax exemption for SA nationals earning abroad has caused quite a stir, but it says it’s simply closing a tax loophole. SA expats disagree.

‘The general rule is that if you have to pay tax, you have made money, and who doesn’t like making money?’ says Morné Janse van Rensburg, MD at Bannister Trust. He makes an obvious point. Apparently everyone enjoys making money, considering that National Treasury’s usually very unsexy proposed tax amendments, which will certainly make some SA expats less money in future, has its own trending hashtag on social media: #Tax2020.

Under the current tax legislation, South Africans who work outside of the country for more than 183 days per year, and continuously for more than 60 days during that time, aren’t liable to pay tax in SA. However, National Treasury announced in December 2017 that it intended changing this provision as of March 2020, the beginning of the next tax year. As we’re getting closer to the date, the conversation is heating up.

Expats earning more than R1 million abroad will have to pay their due on the amount over R1 million to SARS on their offshore earnings. ‘The balance will be included in the South African tax resident’s income and will be subject to normal tax in South Africa, calculated at the personal progressive tax rates of 0% to 45%,’ says Sharon MacHutchon, tax consultant at Mazars. Any foreign taxes paid on the same income earned abroad may qualify as a credit against the normal tax payable in SA. 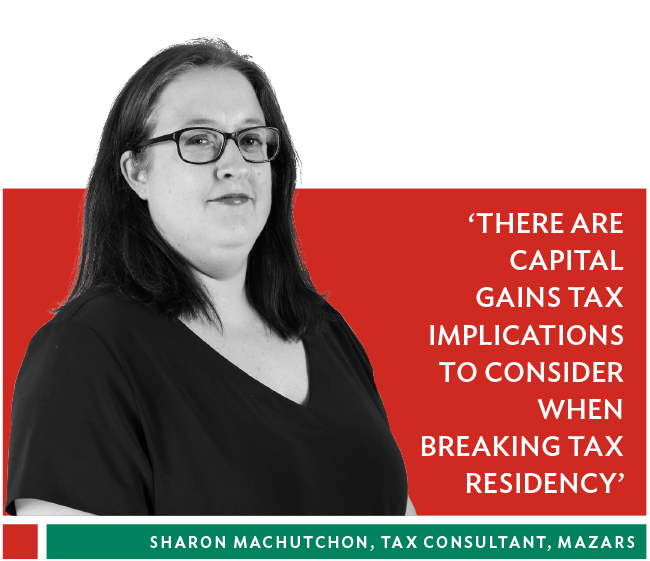 Yet Ruaan van Eeden, tax consultant at Investec Wealth & Investment, says SA taxpayers must declare all foreign-sourced income and then only claim the relevant tax exemption, regardless of the proposed amendments. ‘South African tax residents must declare all their income on a worldwide basis, even though some of that income may be exempt from tax in SA. Too often, individuals earning foreign income just exclude the income from their tax return or completely neglect to submit tax returns at all, which is an incorrect application of the law,’ he says.

Van Eeden further explains the tax implications by way of the following case study. An SA tax resident is employed in Kenya and earns the equivalent of R1.5 million per year, and has also spent the duration of the 2021 tax year in Kenya, outside of SA’s borders. This person is subject to tax on a monthly basis in Kenya on the full income earned. However, the expat also has to declare the R1.5 million earned in Kenya on their SA tax return for the 2021 year of assessment.

Under the new proposed law, only the first R1 million will be exempt from tax in SA, which means that R500 000 will be subject to tax. However, they will be able to claim tax credit in SA for taxes already paid in Kenya on that income portion, to avoid double taxation. As expected, the many expats affected, especially individuals in tax havens, are up in arms about the proposed changes, but Janse van Rensburg explains that these proposed regulatory changes are merely to close an existing tax loophole. The proposed changes form part of a major restructuring of the SA tax system, which is aimed at eradicating tax evasion. ‘Under the current system there are expats benefiting from not paying employee tax in South Africa or the foreign country they work in, by virtue of the provisions of Section 10 of the Income Tax Act, the so-called exemption provision,’ he says.

It goes against the intention of the tax exemption, which was to provide relief against double taxation of the same income. It was never to provide double non-taxation of the remuneration from foreign services, says MacHutchon. Financial emigration legal manager at Tax Consulting South Africa, Jonty Leon, disagrees. ‘There seems to be an attempt by Treasury to create an equilibrium between South Africans abroad and in SA in terms of taxes, but this amendment misses the mark completely, as it does not take into account the various taxes, along with the cost of living in these foreign jurisdictions,’ he says. ‘Effectively, with this amendment we could potentially see double taxation, as certain taxes and expenses will not form part of allowance deductions in terms of South African tax law.’ 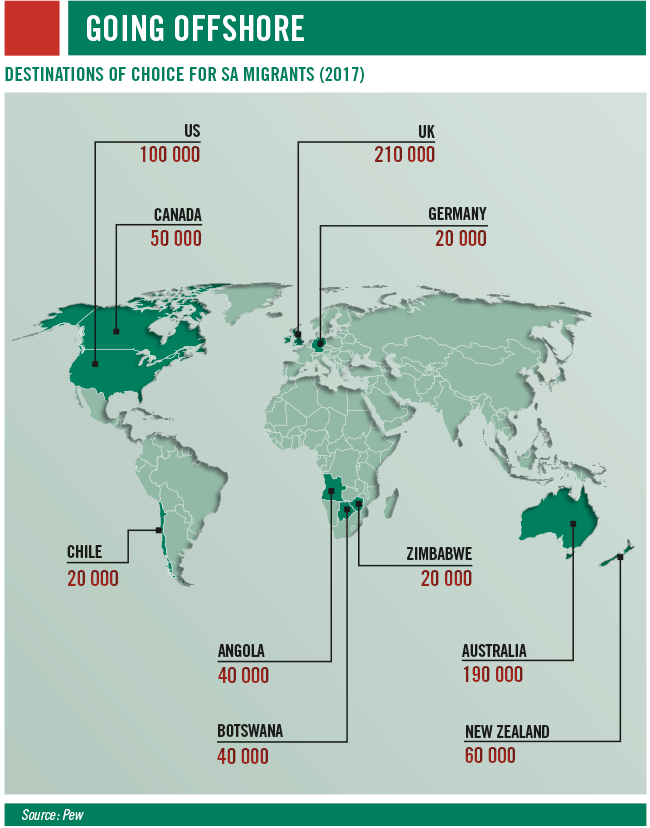 The amendment may see the biggest unintended impact for South Africans employed abroad, says Leon. ‘Employers with offices globally often employ South Africans, as we can provide a highly skilled workforce. Right now, under the current law, this is simple enough and South Africans are relatively “cheap” to employ abroad. However, with the change in legislation, [SA] employees will look to their employers to assist in increasing their package to ensure that the law does not negatively impact them,’ says Leon. It may force employers to look for resources from other jurisdictions with a less punitive tax system.

SA citizens who are no longer tax residents in the country are not affected, as they are only taxable locally on income earned from an SA source. But, suddenly parting with your SA tax residency is not a panacea, regardless of what many are saying, warns Wesley Grimm, associate at Webber Wentzel. ‘Financial emigration, which must be distinguished from an emigration for tax purposes, is not a mandatory step to break one’s South African tax residence,’ he says. There is no clear step or de-registration process to cease being a tax resident in SA. An individual may break tax residency by either ceasing to be ordinarily resident here or failing to meet the requirements of the physical presence test. ‘Considering the recent relaxation of exchange control regulations in South Africa insofar as capital and travel allowances for individuals, a financial emigration may well be more of an administrative burden than a benefit,’ he says.

Financial emigration will suit certain people, but what it will not do is alleviate the tax burden when it comes to foreign earnings come March 2020. ‘A person who is uncertain about residing permanently outside South Africa should think hard about whether to financially emigrate, as any emigrant returning to [SA] within a five-year period will be regarded as a failed emigration, which could result in repatriation of assets back to South Africa,’ notes Investec’s website. ‘The permanency of your exit from SA is therefore crucial when it comes to tax and exchange control.’

MacHutchon says that local residents working abroad should look closely at their tax status in SA before deciding on the next route. ‘We have found that in most instances the South African resident has already broken tax residency in South Africa in terms of the provisions of a double tax treaty’. SA residents who have not yet broken tax residency may avoid the impact of the amendment by doing so, says MacHutchon. ‘However, depending on the circumstances this may not be possible.’ An example is if the person is still ordinarily resident in SA and in terms of the provisions of a double tax treaty is regarded as an SA resident because he or she only has a permanent home here, or the person’s centre of social and economic interest is in SA. ‘There are also capital gains tax implications to consider when breaking tax residency,’ she adds.

Even if financial emigration seems a good idea, it does not automatically equate to non-residence, says DeVere Acuma’s head of Africa, Gavin Smith. ‘It is not as simple a solution as it seems.’ For many South Africans living abroad, financial emigration may mean they will not be able to retire in their home country. ‘While this may not seem concerning at present, aspirations change with time and age, as do family circumstances.’

Furthermore, for expatriates operating according to the 183/60-day principle, financial emigration is a case of going from one extreme to the other, says Smith, explaining there is an inevitable financial burden when one goes from paying no tax at all to paying it in the currency of the host country.

As EY states with regard to the amendments, there are a variety of factors that may influence the financial impact of this change. ‘Without performing some financial modelling, individuals and companies will not be prepared with the necessary information to make an informed decision regarding next steps.’

Be prepared; speak to an expert. March 2020 is around the corner.