Striving to ‘monetise sunshine’, the crowdsale of solar cells to power a Cape Town school was sold out in just more than three hours. Alumni from Wynberg Boys’ High School were among 177 people from more than 20 countries who bought solar cells through the Sun Exchange online platform in April 2019.

‘Sun Exchange is the world’s first peer-to-peer micro-leasing marketplace for solar cells,’ says founder and CEO Abe Cambridge. ‘We host solar project crowdsales that enable anyone, anywhere in the world to buy solar energy-producing cells and build wealth by leasing them to businesses and organisations in emerging markets.’

By end-2019, seven schools, two wildlife sanctuaries, a supermarket, a retirement home, two factories and an NGO had received solar installations in SA this way. The demand is massive and the user base growing exponentially, according to the company. More than 10 000 owners have funded the installation of 623 000 solar cells, offsetting more than 980 000 kg of greenhouse gas emissions – while earning a rental income stream equivalent to an 11% to 12% internal rate of return.

The Sun Exchange model is based on cryptocurrency, which makes it tamper-proof and accessible even to those without a bank account. This type of paperless and seamless tech-based approach appeals to the always-on, tech-savvy generation of millennials and Gen Z, who have grown up in the digital world and are hyper-connected. A Deloitte report indicates that 90% of these ‘digital natives’ check their smartphones within the first 15 minutes of waking.

Cambridge explains how the crypto solar payment works. ‘Our use of the bitcoin blockchain payment rail unlocks the “micro-leasing” aspect of the model, whereby these individuals can earn a stream of income from a single $5 solar cell on a 20-year lease, with payment amounts as small as a one millionth of a cent, sent and received by the cell owner in 10 minutes, completely without friction.’

Creative finance models (such as those through the Sun Exchange) – and particularly those that have a positive impact on the environment and/or society – are gaining momentum among younger generations. 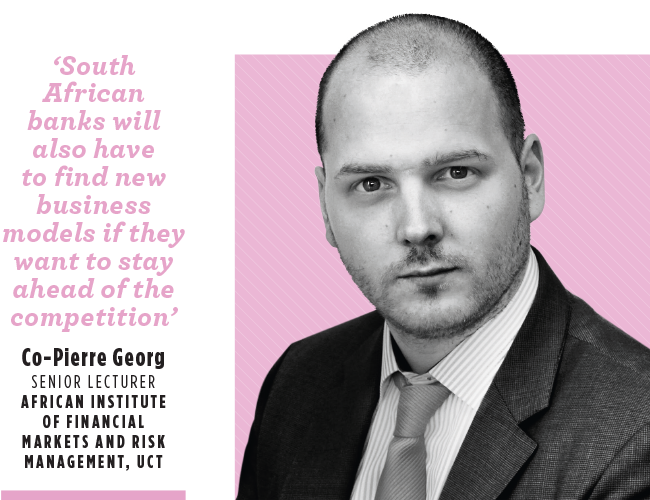 ‘They are no less ambitious than their predecessors, with more than half wanting to earn high salaries and be wealthy. But their priorities have shifted,’ states the Deloitte Global Millennial Survey of 2019, emphasising the need for financial institutions to align with young people’s values. ‘Climate change/protecting the environment/natural disasters’ emerged as the top concern for both millennials and Gen Z in the report. ‘Younger generations are putting their money where their mouths are when it comes to supporting businesses that make a positive impact on society. Many say they will not hesitate to end a consumer relationship when they disagree with a company’s business practices, values or political leanings.’

Millennials, according to Elize Botha, MD of Old Mutual Unit Trusts, are ‘driving the world order, and the financial services sector will be no exception, as millennials view their money and investments as powerful tools for changing the world. Financial services providers will have to shift their approach and mindset to tap into this rapidly emerging youth market and avoid disruption from non-traditional competitors that are willing to cater for millennials as well as older clients who are also changing their ways of thinking’.

While the awareness for impact investing is growing, the majority of bonds and indexes with a focus on green, gender or sustainability issues cater for institutional investors.

‘There is still a real lack of retail options in Africa, but we’ve been in conversation with pretty much all of the continent’s big financial institutions,’ says Aunnie Patton Power, adjunct lecturer at the UCT Graduate School of Business and adviser at the school’s Bertha Centre for Social Innovation and Entrepreneurship. ‘I won’t name them but you know who they are: the major banks; insurance companies; institutional funders; large foundations; family offices; everybody across the board,’ she says.

‘We’ve been conducting courses, training and strategy sessions on impact investing in which we’re telling them about the different financial products that they can create.’

Patton Power is, for instance, encouraging a large African insurer to follow the example of Australia-based QBE Insurance, whereby a portion of the premiums is invested in social enterprises and green initiatives – at no extra cost to the policyholder. The Premiums4Good programme is an industry first, according to QBE, which has invested a total of $633 million across 43 assets and has pledged to raise this to $1 billion by 2020.

To benefit fully, insurance firms in Africa first have to overcome hurdles such as the lack of a formal insurance culture among large parts of the population.

‘Digital innovation is about doing things differently and this partnership means clients will have the opportunity to purchase bundled products from both MTN and Sanlam, with the added benefit of having flexible payment options, as opposed to making regular monthly payments,’ said Sanlam group CEO Ian Kirk at the launch.

Insurtech and fintech appeal to the younger generations because of the convenience and seamlessness, but there’s also a ‘coolness’ factor about them. Co-Pierre Georg, senior lecturer at the African Institute of Financial Markets and Risk Management at UCT and fintech course convener for Get Smarter, says: ‘We already see apps like SnapScan take a larger foothold in South Africa. From the farmers’ market to the gym, more and more places accept app payment, which millennials see as the “cooler” way to pay.’ He explains that fintech start-ups focus on previously overlooked segments, such as remittances, where SA financial service providers failed for years to provide products that are simple and cheap enough to really benefit customers at the base of the pyramid. 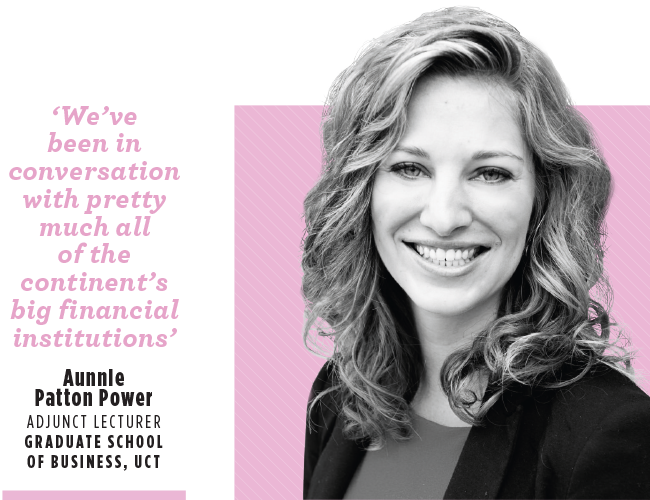 ‘Companies like Mama Money, Zoona and Yoco had great success with their focus on simple payment products. The next wave are digital banks like TymeBank, BankZero or Discovery Bank with their radically reduced offerings. We have seen in other emerging countries like Brazil how these challengers can rapidly grow and become a real threat for incumbents,’ says Georg. Asked how the traditional finance institutions can stay relevant for the next generation of clients, he says: ‘The South African financial services industry is slowly responding but probably too slow. Asset managers are even more at risk of being disrupted than banks, because much of what they do will be augmented or even completely replaced with robo advisers and artificial intelligence.

‘South African banks will also have to find new business models if they want to stay ahead of the competition. One of the areas where I see great potential is the creation of data ecosystems. Banks are trusted and well-regulated entities; they are ideally suited to handle identity management and build platforms for sensitive personal information that can link to broader ecosystems.’

The big banks are starting to explore this. FNB has been sharing biometric information with Home Affairs since May 2018 in order to fast track applications for opening or switching a bank account. In line with the younger generation’s obsession with ‘selfies’, all this requires is taking a selfie of yourself and uploading it on the FNB app, which immediately verifies your biometric information against the Home Affairs database.

Wesley Diphoko, head of Independent Digital Lab, calls this a ‘masterstroke’ in his column for Business Report, because it enables Nedbank to access and benefit from the fintech innovation ecosystem. ‘It allows the bank to not only rely on its internal staff for innovation, but on the ecosystem beyond the institution,’ writes Diphoko. If he is right, this could mark the beginning of a new era in African banking, with more banks releasing data for innovation.

Ultimately, the traditional financial institutions will need to collaborate with fintech innovators – rather than compete against them – and continuously reinvent themselves to win over the hyper-connected new generation of customers.