The Export Credit Insurance Corporation (ECIC), although known as the ‘insurer of last resort’, is as much of an enabling development organisation as it is an export credit agency (ECA), according to CEO Kutoane Kutoane. 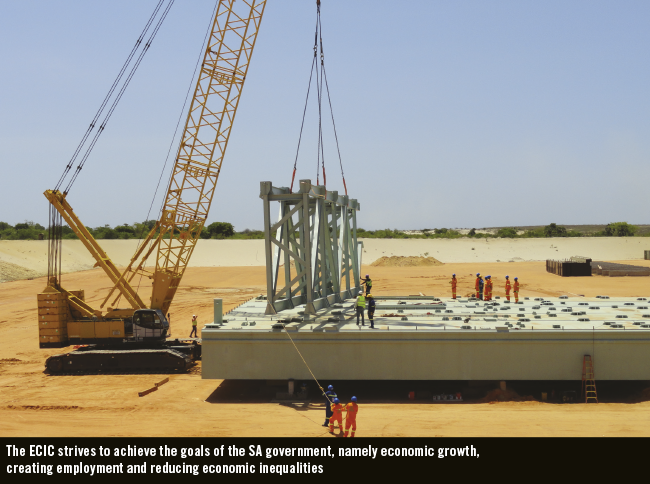 The creation of the ECIC began 15 years ago when the private sector entered the credit agency market. The short-term transaction market was amply catered for, but medium- to long-term export transactions still had a need for a dedicated ECA, hence the establishment of the ECIC. For more than 40 years, up until 2001, all export insurance and reinsurance requirements fell to the Department of Trade and Industry (dti) and the Credit Guarantee Insurance Corporation. Acting as a catalyst for private investment, the ECIC steps in where commercial lenders are either unwilling to accept long-term risks or unable to. The institution is enabled under the amended Export Credit and Foreign Investments Insurance Act of 1957.

While the ECIC is part of a broader govern-ment policy, it remains an independent limited liability company, but with the government as its sole shareholder. Along with its major shareholder, the dti, the ECIC makes use of market research tools and specialised business development units to design new insurance products that support government’s export-promotion objectives. Performance Bond insurance cover, is one such example.

The ECIC is currently working on covering credit lines and return of plant and equipment, and continues to motivate for the release of increased lending capacity by financial institutions by entering into agreements with other ECAs.

In this way, the organisation creates a framework for both reinsurance and co-insurance. To this end it has adopted a comprehensive plan of action aimed at actualising co-operation programmes for mutual benefit in conjunction with – among others –BRICS ECAs, the African Export Import Bank and the African Trade Insurance Agency. 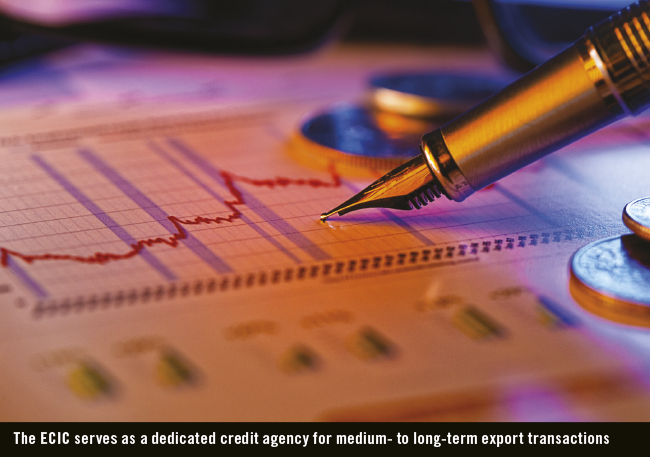 The ECIC’s vision and mission is a commitment to sustainable business growth through innovative products, operational excellence, business development and strategic partnerships. In enabling frontier markets to optimise production, the ECIC is motivating a positive socio-economic impact.

Further to this it aids in narrowing the skills gap with a number of initiatives related to education, skills development and volunteerism. Beneficiaries include Penreach in Mpumalanga, the Rehoboth Trust in KwaZulu-Natal, the Maths and Science Leadership Academy in the Northern Cape, and DeafSA in Limpopo.

The ECIC is a registered financial services provider: FSB No. 30656