The market never lies… Or so the old investment adage goes. If share prices do indeed offer an accurate diagnosis of just how rosy a company’s growth prospects are, then Ascendis Health is in excellent health.

Since listing in late 2013, the healthcare and pharmaceutical products conglomerate has seen its share price shift from around R11 to R28 at the time of writing. Very few companies on the JSE can boast this exceptional short-term return.

However, one must not forget that Ascendis Health needed to write out a very clear prescription for its longer-term growth to shake off the early symptoms of ‘scepticalitas’ – an affliction that can hobble new listings that come to market with ambitious growth plans underpinned by an acquisition strategy.

At first glance, Ascendis Health would have raised eyebrows from most market watchers. There have been notable acquisition-driven success stories on the JSE – namely Bidvest, Imperial, Aspen and PSG. But there are many more that fizzle out unceremoniously before their ambitions are anywhere near achieved.

Initially, the company paled by comparison with sector stalwarts such as Aspen and Adcock-Ingram. What’s more, the company was backed by a fairly new investment company in Coast2Coast – an ambitious entity that was clearly unafraid to gear up with Ascendis Health in its quest to build critical mass via acquisition and get transparency and credibility via an early listing. 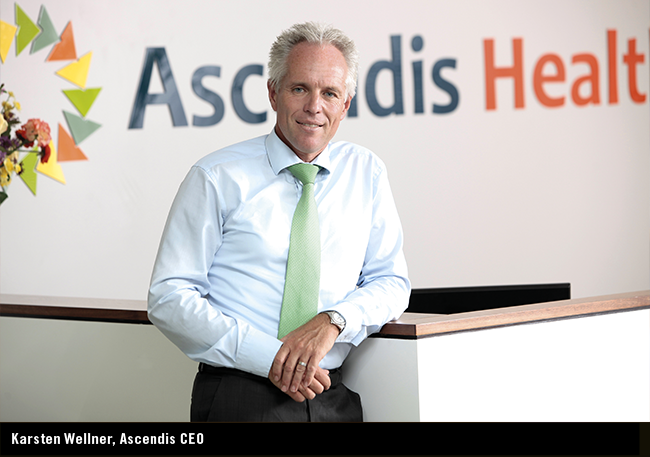 Although the market was at first wary of Ascendis Health, it soon became apparent that the company’s executive management – led by Karsten Wellner – were following strict criteria when making new acquisitions and integrating them.

In summary, Ascendis Health scouted for businesses that were cash-flow generative; owned brands that were (or had the potential to be) market leaders; held export or global opportunities; enjoyed a defendable niche; and boasted strong management. Above all, Ascendis Health was determined not to grow revenues at all costs, and looked for deals where quality assets could be secured at reasonable earnings multiples.

What has arguably been most impressive at Ascendis Health is management’s ability to extract marked margin enhancement from vertical and horizontal integration of new acquisitions, and the ability to improve the group’s overall cash conversion rate.In the year to end 2015, Ascendis reported cash flow from operations of R257 million compared with R129 million in the corresponding period in 2014 and R286 million in the full year to end June 2015.

The net cash inflows of R176 million reported during the latest interim period was equivalent to around 65c/share – underlining the high quality of the earnings generated by Ascendis Health.

It’s one thing to (over) deliver year by year on your pre-listing forecasts, but Ascendis Health has also delivered on its broader strategic projections – most notably its goal of building an international footprint to ensure that at least 30% of its revenues are generated outside SA.

Ascendis Health has quite comfortably surpassed this ‘offshore’ target and achieved genuine global status far quicker than any market watchers might have ever expected. 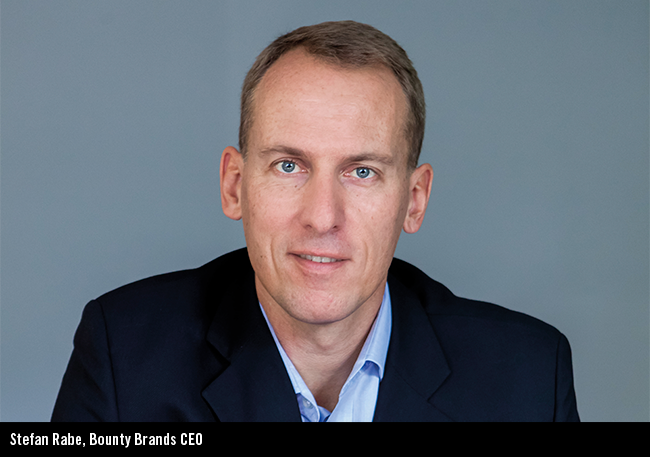 Remedica and Scitec – which were acquired at a cost of R7.4 billion – have rightfully been hailed as ‘game changing investments for Ascendis’. These two acquisitions will have a marked impact on Ascendis’ financial performance with pro forma financials showing an increase in normalised earnings of more than 48.4% to 83c/share if the respective contributions from Remedica and Scitec were included in the half-year results to end-2015.

The span of the Remedica and Scitec operations are worth dwelling on – especially in terms of grasping Ascendis Health’s new global reach. Remedica supplies more than 300 generic pharmaceutical products to in excess of 100 countries – mainly in emerging markets such as the Middle East, Asia, Africa and South America. Product lines include essential medicines such as malaria treatments and antibiotics to global NGOs (for example, WHO, Médecins sans Frontières, and International Red Cross) as well as a strong pipeline of additional specialty disease drugs (oncology and HIV) that will be launched in the medium term.

The key attribute of the Remedica acquisition is that the business has the scale to create a strategic platform for international expansion and growth in the generic pharmaceutical industry in both Europe and emerging markets. In other words the opportunity for Ascendis Health to make bolt-on acquisitions is greatly enhanced. There is also an opportunity for Remedica’s state-of-the-art manufacturing facilities to be utilised by other recently acquired pharma businesses, such as Akacia Healthcare (SA) and Farmalider (Spain). Scitec holds strong positions in Germany, Spain, France, Italy, Hungary and Poland – and also boasts niches in the Middle East, Russia, Australia, Asia and, more recently, the sprawling US market.

Like Remidica, Scitec Nutrition is well established in key global sports nutrition markets and should provide a strong base for further expansion in the international sports nutrition and wellness industry. Ascendis already holds sport nutrition brands Evox and SSN, and will push to grow Scitec’s sales in Africa as well as to unlock synergies in R&D, production and the procurement of key sports nutrition ingredients, such as whey protein or amino acids.

What is arguably most intriguing in assessing Ascendis Health’s potential for further organic and acquisitive growth is the structuring of the Remedica and Scitec acquisitions. Ascendis Health has set up a combination of new debt facilities in Europe of around €200 million, a fully underwritten (and three-times oversubscribed) rights offer of R1.2 billion and vendor placement of approximately R1.5 billion. The International Finance Corporation, which is a member of the World Bank Group, invested $30 million while another international investor took up R180 million as part of the vendor placement.

Ascendis Health carries a market cap of close to R12.5 billion – or around €780 million. This certainly means Ascendis Health will blip strongly on institutional investors’ radars – in SA and abroad.

The majority shareholder in Ascendis Health is Coast2Coast Capital, a dynamic investment holding company that employs a team of 50 investment professionals and was founded in 2007 by value investors Gary Shayne (CEO) and Cris Dillon (COO). Since inception, Coast2Coast Capital has managed to conclude more than 50 deals, which has grown its asset value to in excess of R8.5 billion.

It’s focused mostly on the healthcare and consumer goods sectors in which it has successfully established three platform businesses, being Ascendis Health Ltd in the healthcare sector, and Bounty Brands and Marlin Homeware in their respective niches within the consumer-goods sector. Ascendis Health Ltd was listed on the JSE in 2013. Bounty Brands is set to be listed shortly, followed by Marlin Homeware.

Coast2Coast Capital strives to be the partner of choice for businesses, within its targeted sectors and required profile, seeking to be a part of a larger group that benefits from shared services and the ability to leverage from the complementary nature of fellow businesses within the group.

The company’s strategy is to acquire and build sector-specific platform companies that are further developed through synergistic bolt-on acquisitions. The deal team constitutes more than 50 investment professionals who are focused on driving high returns for its shareholders and co-investors via acquisitions, portfolio enhancement and synergy projects while ensuring that a strong management team is in place to focus on the day-to-day operations of the underlying platform companies.

‘Coast2Coast Capital is a dynamic company that strives to remain innovative and bold in our approach to value creation,’ says Shayne. ‘We hope to maintain our reputation as a partner of choice for well established, ambitious businesses within our targeted sectors and as a collaborative semi-active owner.’ The company operates directly from Johannesburg, Cape Town, Malta, London, Warsaw, Sydney and Melbourne, and remains focused on expanding its global presence as it continues to further establish itself as an international investment holding company.

Motivated by the successful Ascendis Health business model, Coast2Coast established and owns Bounty Brands, a unique and diversified consumer goods business with a portfolio of leading brands that are available in more than 40 countries, mostly in the Southern African and central Eastern European regions. Its portfolio of brands spans a number of consumer sectors with the main focus being foods, personal care and home care. With a revenue that has grown to more than R3.2 billion and an operating profit at R500 million, Bounty Brands is well on its way to reaching its goal of a listing on the JSE as well as the LSE. Managed by an experienced and dynamic executive team consisting of Stefan Rabe (CEO), Peter Spinks (CFO) and Anton van Zyl (director: foods and group marketing), Bounty Brands is making waves in both the local and international FMCG markets. ‘The strategy behind the creation of Bounty Brands is one of acquisitive, synergistic and organic growth,’ according to Rabe.

‘We identify consumer goods sectors that exhibit above-average growth and are fragmented enough to allow for the acquisition of a leading brand. We then do bolt-on acquisitions of related brands to further strengthen our position in this sector, extract synergies and accelerate organic growth. This has been the recipe for success to date.’