Santam, in a joint venture with Sanlam, recently concluded its acquisition of insurance giant Saham Finances, in a deal that expands Santam’s footprint on the African continent.

‘Santam is invested in Africa, and we are African – not just South African,’ says Quinten Matthew, executive head of specialist business at Santam. Indeed, Santam now has presence in 33 of Africa’s 54 countries, with clients and interests across the entire continent – from South Africa, where Santam is based, all the way to Morocco in the north, where Saham has its headquarters. The reason for this expansion is strategic, as Matthew explains.

‘We see Africa as a market filled with opportunity,’ he says. ‘There are a number of reasons for saying this. A significant percentage of the African population is young, with statistics from various sources showing us that 60% of the population are younger than 30. Equally, Africa has one of the lowest insurance penetration rates in the world, with insurance penetration sitting at around 1%. If you compare that to South Africa, where penetration is around 4% in respect of general insurance, it’s a significant gap and opportunity.’ 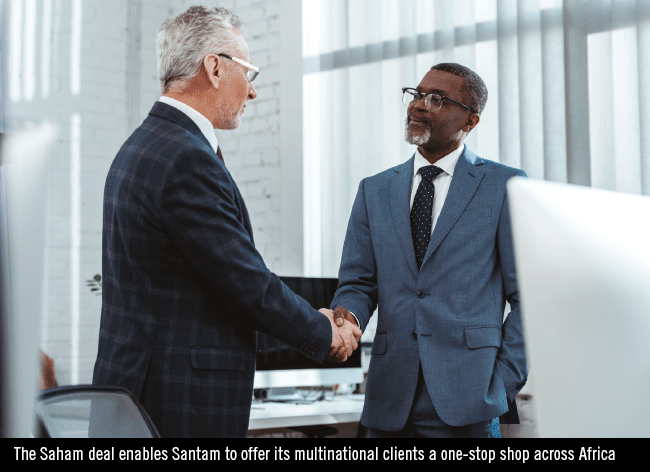 Africa is also a growing continent, with its 750 million people projected to increase to 1 billion within a few years, and with positive GDP growth forecasts. In January 2019 the World Bank confirmed that it had an active portfolio of more than 600 projects across Africa, with investment totalling $73 billion. ‘We’re also seeing Asian markets showing renewed interest in Africa,’ says Matthew. ‘People won’t invest in Africa if they don’t expect a return on their investments.’

Matthew adds that four of the world’s top 10 growth economies are in Africa. ‘While that may be off a low base, it points to the fact that Africa is growing and modernising,’ he says. ‘Factors like improved regulation and the development of free trade zones, all help to engender growth. So there are a number of opportunities, and it all culminates into why this fits in with Santam’s strategy.’

Still, Matthew says that Santam is going into the rest of Africa ‘with our eyes wide open’, well aware of the complexities that come with operating in such a diverse and exciting continent.

‘Regulations tend to be different in each territory, and there are also many different languages and cultures across Africa,’ he says.

‘It’s not easy, and there will be issues that we are going to have to handle, but having locally based businesses means that we have a lot more credibility in the local markets. We have invested significantly in this particular acquisition and in our businesses over the years, and part of that has meant ensuring that we grow the local people. 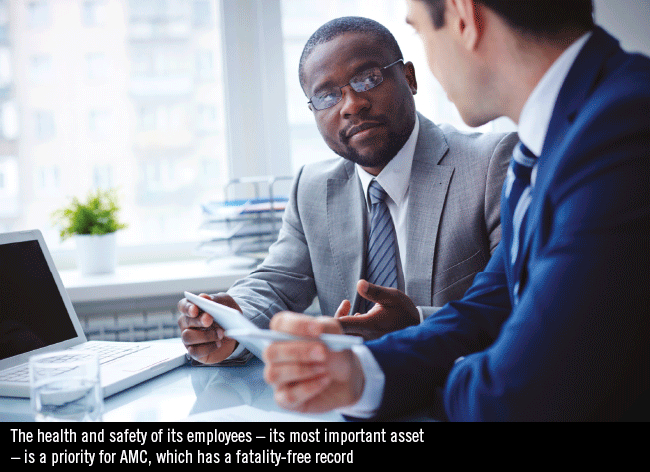 ‘We will go about this in a manner that brings the market along with us, because we need to ensure that we have a sustainable business. After all, insurance is not a short-term game. We need to change clients’ appetite to insure, and demonstrate the benefit from a risk management point of view.’

Matthew acknowledges that Santam won’t just flip a switch and have business flowing through its doors. ‘We’re going to have to do the work, working with our people, supporting local businesses, and ensuring that we’re appropriate to the markets, developing world-class products for Africa.’

The Saham deal gives Santam even deeper reach into North, West and Central Africa’s francophone markets. ‘It also gives us a toolset that we didn’t have before,’ says Matthew. ‘Many of those markets previously saw Europe as being their “home”, but from a Santam and Sanlam group perspective we can now provide the first African opportunity to develop those markets, and change that perspective.’

Part of that strategy involves growing Santam’s network in Africa. The African Insurance Organisation (AIO) is a key enabler of that. Matthew attended the 46th AIO Conference, held in Johannesburg in June, and was excited by the positive energy of the delegates. ‘The AIO is a network for insurance organisations across Africa,’ he says. ‘It brings together a network of companies, and senior people within those businesses, to consider the opportunities that exist on the continent.

‘The AIO Conference was a unique opportunity to meet those people and to build networks. There were people from all over the world at the AIO Conference, and they were all saying similar things about Africa’s opportunities for growth. We’re all looking to work together and support each other.’

As a business, Santam has learned that in order to work in Africa, one has to do exactly that: work in Africa. ‘You can’t operate in Africa on a satellite basis,’ says Matthew. ‘It’s not one, homogenous market; it’s diversified, with many different cultures and languages.

‘Africa is not a country: it’s a continent of 54 countries. We’re now in 33 of those countries, and we know that one size does not fit all. We know we can’t take what we’re doing in South Africa and simply retrofit it into Angola or Kenya or Morocco.’

The Saham deal allows Santam – through its joint venture with Sanlam – to offer its multinational clients a one-stop shop across Africa. ‘This is important for us, because nobody else has that,’ Matthew says. ‘Africa is complex, with all its different markets and countries, and we give our clients and intermediaries unique access to the continent, and an opportunity to work with the Sanlam/Santam group.’

Matthew believes that Africa is a land of opportunity for insurers, and he is excited about the possibilities that it offers to Santam and its clients. ‘South Africa is our base, and it’s a key market for us, but there is significant opportunity outside our borders, and we’re positioning ourselves to be there,’ he says. ‘But we know that we can’t make it work by simply sitting here at home. ‘You need the people, you need the investment, and you need to do the hard work, in-country and across borders. But if you want the opportunity, it’s there.’