What will you be doing next Friday? Catching a day-time movie or taking your mom out for tea? Customising their Fridays or other workdays, is what growing numbers of workers in countries such as Sweden, New Zealand and the Netherlands are doing. This comes as the idea of a four-day week gains traction among CEOs for whom leadership goes beyond the bottom line, and among start-up founders whose appetite for disruption includes upending conventions around the way we work.

It’s a trend that supersedes work-life balance; the somewhat boutique idea that personal interests should counter-weigh professional activities that first entered our lexicon in the mid-1980s. Rather, it is about recognising that changing the way we work can help mitigate a long list of social woes, ranging from illness caused by pollution, to our lack of time to live sustainably and enjoy life. David Spencer, economics and political economy professor at the University of Leeds and an advocate for working less, puts it this way: ‘By working most of the time, we also lose time with family and friends. And more than this we lose the ability to be and do things that make life valuable and worth living.’ Spencer believes working less is not just feasible, but the basis of a better standard of life.

If this sounds a bit fanciful, it may be because society dictates that work is what makes life valuable. Intrinsically tied to our self-esteem and social worth, work is good and therefore more is better. The deleterious effects on our mental and physical health are proud battle scars, while caring for others and enjoying life are downgraded to ‘soft’ pursuits that belong to our leisure hours.

A 40-hour work week is a social and cultural norm that hasn’t been properly challenged since World War II. Anyone attempting to disrupt this status quo should expect an earful about productivity and profitability, most likely predicated on the idea that productivity is equal to time spent. And in fact many businesses that do opt for a shorter work week hold fast to time as an indicator of productivity by simply redistributing the number of hours worked. This means that to gain family time without incurring a pay cut, an employee contracted to work 40 hours a week would be required to put in four days of 10-hour shifts.

Evidence of short-term upticks in staff morale provides some support for this strategy. But what if a business actually decided to pay workers the same but expected them to work less? Could working fewer hours maintain productivity levels, and even raise them? Opinions vary. Andrew Barnes is both hero and champion of the four-week work week. As the CEO of New Zealand financial services firm Perpetual Guardian, Barnes launched an eight-week trial in March 2018 to measure the impact of a four-day work week on productivity and engagement. For the duration of the trial, more than 200 Perpetual Guardian employees would get a paid day off each week.

Barnes came to the idea after reading several global reports on productivity, including a UK study of 2 000 full-time office workers that found that an average of two hours and 53 minutes out of every standard work day was spent on actual work. Social media, office chit-chat and smoke and tea breaks accounted for much of the rest. Barnes took a scientific approach to his experiment. Productivity, job satisfaction and stress levels were recorded both before and after the trial, and researchers from the University of Auckland and the Auckland University of Technology were brought on board to monitor the process.

After eight weeks the numbers showed a 20% rise in productivity, 30% more engagement and a 24% improvement in work-life balance. Stress levels dropped, revenue remained stable and costs fell because the business used less power. An opt-in four-day week is now standard at Perpetual Guardian, while those opting out can negotiate for flexible working hours. Barnes didn’t just want his staff to be happier and more efficient: he had a lot of boxes to tick, including finding a blueprint for the future that would appeal to millennials. ‘The rise of the gig economy represents a new industrial era,’ he writes in the introduction to the white paper produced at the end of the trial. ‘And we have not had a conversation about its implications for our economy and society.’

The benefits of the four-day work week is a conversation Treehouse CEO Ryan Carson would rather not have, though. The Florida-based tech company decided in 2015 that it would hire no managers, and work only four days a week. In contrast with Barnes’ considered approach, Carson recalls that the rationale for the Treehouse decision went along the lines of: ‘We’re going to work 32 hours because who says we can’t, right?’ 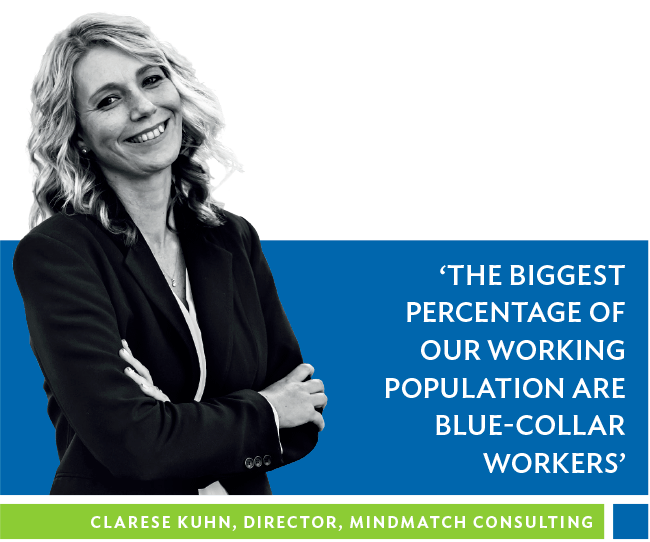 It turned out to be ‘a terrible decision’, Carson told the Huffington Post. Work ethic tanked (including his own), and the idea was abandoned in under a year. These days, Treehouse hires middle managers, and it is not unusual for staff to put in up to 60 hours a week.

Over in San Francisco, the founders of software development company Monograph aim to prove Carson wrong. Despite working around the clock to get their start-up off the ground, they were committed to a four-day week right from when they started hiring. Wednesdays are ‘mid-weekend’ at Monograph, co-founder Moe Amaya told Huffington Post. ‘Midweek is great to rest your brain while working on hard problems, so Thursday we can get back at it and have the mental strength to push forward,’ he says. An extra day off also gives staff a chance to work on side projects – something that is intrinsic to the gig economy but kryptonite to more traditional outfits that often require new hires to sign over their intellectual property to the firm.

For most SA workers, four-day weeks only occur before or after extended public holiday weekends. Local wisdom about the economics of public holidays holds that businesses are disadvantaged by having to pay workers for a day on which they do not work, suggesting that conflating productivity with hours worked remains the norm. Businesses would do better to focus on a realistic output-driven model for measuring productivity than an input or time-driven one, says industrial psychologist Clarese Kuhn, director and co-founder at MindMatch Consulting. ‘Realistic outputs are driven by the achievement of a goal, so regardless of the time at work, the employees can manage their time and efforts.’

Instead of measuring productivity in hours worked, Kuhn says employers and employees should agree on key performance indicators and measure performance on work delivered in relation to a goal. However, what relevance does an output-driven approach to measuring productivity have for the large numbers of generally low-paid workers who rise in the dark and get home after dark due to long commutes using unreliable public transport?

Not a lot, according to Kuhn. ‘The biggest percentage of our working population are blue-collar workers whose … hours are governed by the sector, such as nursing or hospitality, for example.’ SA has far more urgent workplace issues than the somewhat rarefied debate about work-life balance, Kuhn suggests, and addressing factors such as ‘unemployment, public transport, skills and minimum wage’ are more crucial to the common good than the impact of a shorter work week on your capacity for enjoying life. Yet that doesn’t mean you aren’t getting a raw deal.

Economist John Maynard Keynes predicted in 1930 that technological advances and greater efficiency would make a 15-hour work week possible by the 21st century. He wasn’t wrong about productivity gains arising from technological progress, but he was a little optimistic about the willingness of corporations to pass those gains on to workers.

Martin Parker, professor of organisation and culture at the University of Leicester, puts it this way: ‘Technological progress has advanced continuously over the past century, pushing up productivity. But not all the gains in productivity have fed through to shorter working hours. At least in modern times, these gains have been used to increase the returns of the owners of capital.’

With that in mind, you might want to take Friday off to consider your position on the four-day work week.