THE ABCD OF IOT - JSE MAGAZINE

By 2028 there will be 106 billion devices using internet of things (IoT), and that’s just in SA, according to an Africa Analysis report. This translates into an individual having, and/or being connected to, some 30 devices. The average today is five – think mobile phone, iPad, laptop and child-tracking, power-detection and swimming-pool analysers.

Stats such as this fascinate Phathizwe Malinga, MD of SqwidNet, who makes it his business to understand the impact of IoT, provide solutions and, more importantly, the what, where, when, why, and how.

‘It really is a remarkable life-changing technology, and perhaps one of the least understood in business because executives usually aren’t asking the right questions,’ says Malinga. ‘They should be asking why they should connect to the IoT, followed by what should be connected, and with who they should connect.’

The why is relatively easy: ‘If you have assets in the field, you want to know how they are performing because it gives you better capabilities as an organisation, and can elevate the customer experience,’ he says.

Manually this type of analysis is time-consuming. Through IoT technology, no matter where an asset is, even in transit, any number of sensors and devices send packages of data in real-time, the analysis of which means immediate action can be taken.

This is not alien to us, given society is already exposed to systems such as vehicle tracking, which uses the IoT to determine where a vehicle is; its speed; driver patterns; and overall performance. ‘Using apps like Waze or Google Maps to advise you on a trip is a huge value-add to the journey because it is enhanced by information, like what can be expected on a route based on real-time conditions, be that traffic flow, potholes, alternative route suggestions and expected travel time.’ 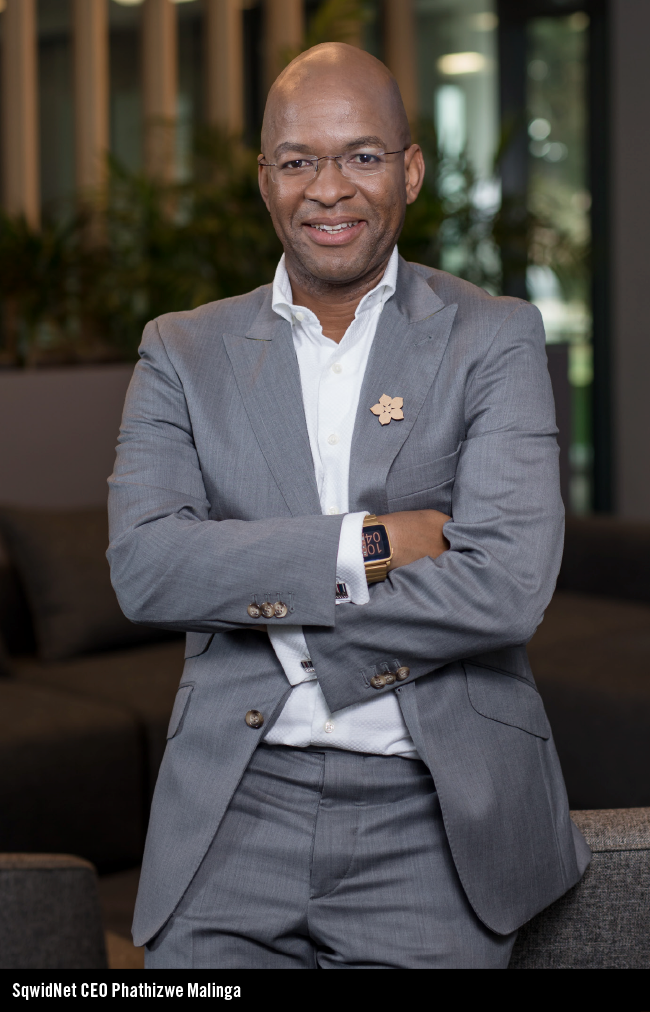 This is where it gets interesting, because IoT gives a remote asset a voice. For instance, farmers want to know if gates are closed, or whether a borehole is performing at the rate they expect, without needing to physically check. In the meter-monitoring space, this aspect is completely transforming the way individuals, institutions and municipalities use and save water.

‘Cape Town, and more recently Gauteng, has been able to effectively scrutinise its water usage using IoT connectivity. And for the first time, IoT monitoring of manholes is saving lives.’

Malinga has another statistic: ‘Every three days in South Africa, someone falls down a manhole and dies. That’s a scary number because vandalism and theft of manhole covers appears to be on the increase. For municipalities it’s not so much about the cost of replacement, which goes into the millions of rands, but more their concern for public safety that has brought them to SqwidNet for a solution.

‘These are typical scenarios of what IoT enables and, in many cases, guarantees control over the service and performance level of an asset, and even fundamentally can change individual behaviour.’

However, for IoT to be most effective in operations, a business-grade network is required and this is where SqwidNet excels. Because it has an exclusive operator’s agreement with the Sigfox Global Network, SqwidNet has installed 1 000 base stations in SA, which translates into more than 90% coverage across the population, and its highways and national roads.

SqwidNet has used this network to provide an ultra-low-power, ultra-low-cost option, which is a better proposition for connecting things. This affords Malinga another opportunity for a statistic: ‘Africa Analysis puts low-power networks on a 10-year growth path,’ he says. ‘And because of this, SqwidNet aims to capture a healthy 10% share of the IoT market in the next five years.’

The success formula SqwidNet uses is as simple as ABC – with the inclusion of D. A is for application, B for backend platform (cloud), C is the connectivity and D, the device.

‘When you have those four, you have an IoT solution. SqwidNet is the C in the acronym and the facilitator for companies to innovate their offering through IoT, to connect more assets more effectively to their decision-makers, and at better prices.

‘In 10 years, we see the company as the curator of the ABCD mix, largely because in understanding that pricing in IoT takes advantage of Murphy’s Law, we will actively be motivating for the price of each element in the formula to drop every two years. This is important because we see SqwidNet as being part of the broader ecosystem, in which we can improve lives and even Africa’s life expectancy.’

Yes, there’s a statistic for that too. ‘Life expectancy in South Africa of under 60 years of age is the second-lowest in the world, after Afghanistan. In providing people with the ability to make better life decisions – even those that affect how we share resources, such as potable water, air quality, power – makes collective warriors of us all.’

The Sigfox Global Network is in more than 60 countries, including all of Europe, meaning that it doesn’t matter where in the world an asset is – if it’s Sigfox Ready, there’s free roaming. 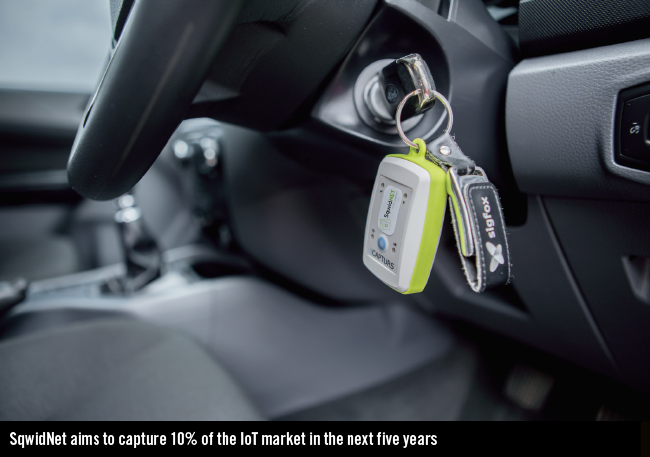 As a subsidiary of Dark Fibre Africa (DFA), SqwidNet’s value proposition is deeply enhanced by the core competency of DFA as a proprietor of open-access infrastructure. The connection to DFA doesn’t mean, however, that SqwidNet is limited to its parent.

‘We see SqwidNet as part of an ecosystem that has to collaborate beyond traditional telco lines. We are in fact high-tower customers of Telkom, Vodacom, ATC and more,’ says Malinga.

SqwidNet is also enhancing SA’s reputation for building quality IoT solutions. ‘When we entered the market IoT was a noisy space, particularly from an R&D perspective. We managed to add our voice in a way that makes IoT simple to understand and practically doable even for small businesses, and in so doing countries like Canada and India have turned to us for mentorship.’

Since it was established in 2016, every year SqwidNet has focused on an aspect of growth and change, based on meeting challenges in the industry. Two years ago it focused on national coverage, and with that box ticked, it moved on to the availability of good-quality homegrown devices. ‘This year we are focused on installation but in the “smart context” of a house or building. We want to ensure that installers are certified, which means we can again effect change in the landscape for the benefit of all.’

Now that he has demystified IoT, Malinga says that ultimately it’s about ‘keeping things simple and practical. And even more importantly, SqwidNet is here to remind business to keep doing what they do but enhance their offering by using IoT’.