Regent Seven Seas Cruises continues to build upon the elegance of its ships with opulent designs and distinguishing upgrades to captivate travellers while they indulge in all-inclusive luxury across the globe. Now, as Seven Seas Splendor prepares to join the fleet in 2020, anticipation is high as guests prepare to be part of its inaugural season.

Seven Seas Splendor is a ship that will define luxury when it debuts in February 2020, believes Janine Pretorius, owner of Encore Cruises and specialist in booking Regent Seven Seas Cruises for more than 20 years.

Pretorius is delighted about selling the new build. ‘When you board Seven Seas Explorer, the most magnificent lobby surrounds you. I am in awe of how beautiful this ship is. The amenities in the suites are lavish and the attention to detail in the dining venues, spa and public areas is indescribable.’

Those large details, says Pretorius, likely include the 4 300 m2 of Italian marble adorning the interior, including bathrooms in the 375 suites, which each have a private balcony, some of the largest in the cruise industry. The small details can be found in specially commissioned original artwork and thoughtful touches, such as lined jewellery drawers and designated spaces for designer handbags in the Penthouse suites. 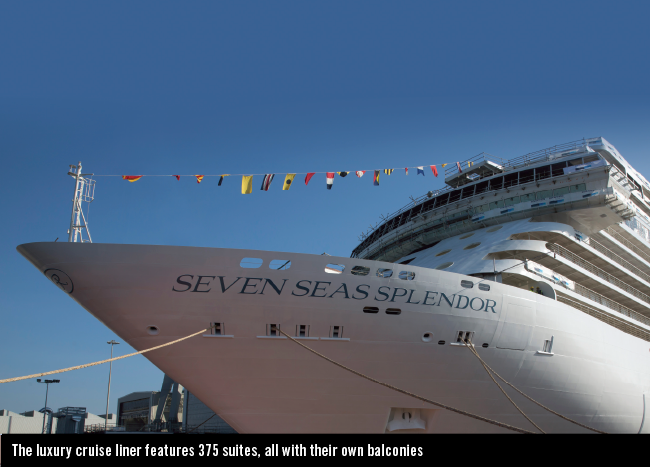 Besides the singular Regent suite that is already sold-out for nearly all of Seven Seas Splendor’s inaugural season sailings, the most popular categories of bookings are for the Concierge and Penthouse suites.

The Regent suite onboard Seven Seas Splendor builds on the renowned reputation of its counterpart on Seven Seas Explorer. The master bathroom and in-suite spa are 30% larger to incorporate a floor-to-ceiling ocean-view shower. Also different is that a custom-made mini pool spa is placed on the front balcony, providing incredible views while guests relax and sip Veuve Clicquot.

For Seven Seas Splendor’s inaugural season, voyages to destinations that are as extraordinary as the ship itself have been included, says Montague. ‘The inaugural season reveals a line-up featuring a variety of destination-rich itineraries calling on iconic locations throughout the Caribbean, North America and Mediterranean. Through free unlimited shore excursions, guests have opportunities to explore renowned museums and famous landmarks on every voyage.’

The ship’s inaugural voyage on 7 February 2020 takes guests on a 14-night transatlantic journey from Barcelona to Miami. Beginning 30 April, Seven Seas Splendor sets off on its inaugural Mediterranean season with the distinct advantage of being the ideal size to reach the region’s most intimate, boutique ports, from Palamós to Toulon or Kotor.

Pretorius recommends three itineraries, the first of which is a 10-night ‘Inspired Iberia and Italia’ journey that departs on June 16 from Barcelona to Monte Carlo. It incorporates stops in Alicante and Ibiza (Spain); Palermo, Rome and Portofino (Italy) as well as Ajaccio and Saint-Tropez (France).

Picture yourself in Alicante, sampling tapas of tuna belly and succulent red prawns. Perhaps you are admiring the flamingos in Ses Salines. Possibly you plan to visit the macabre spectacle that is the Capuchin Catacombs of Palermo. And it’s likely that you’ll find yourself learning how to prepare traditional fettuccine with ragout sauce, and tiramisu.

The second itinerary Pretorius recommends is ‘Aegean Treasures’, a 10-night journey from Rome to Athens departing on September 24. It includes ports of call in Sorrento and Taormina (Italy); Valletta (Malta); and then Aghios Nikolaos, Mykonos, Rhodes, Kos and Santorini in Greece. 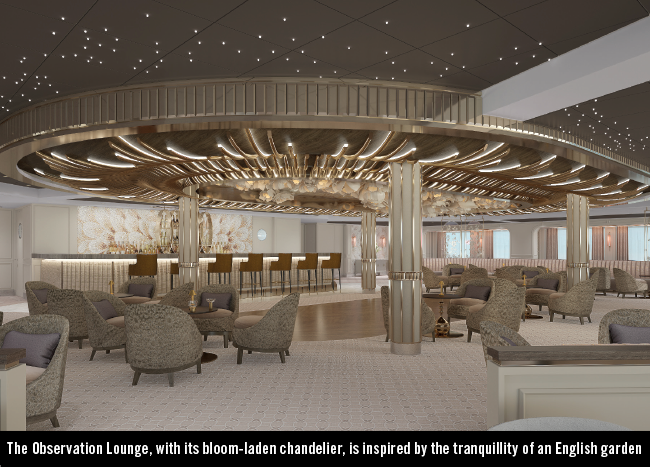 During this voyage, hike through the wilds of the Sorrentine Peninsula, or imagine the final moments of victims trapped forever in the ancient city of Pompeii after the devastating eruption of Mount Vesuvius in AD 79. You can also observe the craters and remnants of more recent lava streams on the slopes of Mount Etna, Europe’s highest and most active volcano on the island of Sicily.

For something less active, sunbathe on a beach in Mykonos, discover how to prepare classic dishes such as tzatziki or fried meatballs at a Greek tavern or stroll through the charming villages of Santorini.

Santorini is the first port of call on Pretorius’ third recommended itinerary, the 10-night ‘Grecian Wonders’ journey from Athens to Istanbul, departing on 4 October. This trip also takes in Mykonos, Gythion, Argostoli, Zakynthos, Chania and Rhodes, followed by Ephesus in Turkey.

Gythion welcomes visitors with its beautiful coastline and white-sand beaches. Travel in a small boat through the underground chambers of the Diros Caves for an up-close look into how the inhabitants lived more than 5 000 years ago.

In Kusadasi, visit the possible remains of a small house said to belong to the Virgin Mary who was brought to Ephesus after the death of Christ. The dating of articles found at the site lends credence to the belief that the Virgin Mary lived there.

Regent Seven Seas Cruises has always been absolute in its inclusiveness, making a name for itself by offering guests an unrivaled, all-inclusive, luxury cruise experience, says Pretorius.

Also making a name for herself is Captain Serena Melani, who will be at the helm of the Seven Seas Splendor as the first woman in the cruise industry to captain a new ocean cruise ship at launch. And therein lies yet another detail, both large and small, that ensures guests onboard Seven Seas Splendor will be entranced by a one-of-a-kind experience. This is opulence at its best.