While many companies thrive during an upturn, downturns are what separate the serious players from the rest in any industry.

It is at times such as this when customers become more demanding, looking for critical supply-chain partners that can help optimise their processes.

This is exactly how Weir Minerals Africa has managed to retain its leading position as a one-stop point for providing slurry solutions to mining as well as other industries. As head of strategy and marketing for Weir Minerals Africa Rene Calitz points out, a host of industries – including large blue-chip mining houses and their smaller counterparts – are entering into long-term partnerships with companies that can help them lower their total cost of ownership.

‘It is our ability to lower their total cost of ownership that has seen mines return to us, after a short period of experimentation with other products. The industry knows that we offer this solid value proposition,’ she says.

Calitz’s views are motivated by the number of aggregate operations that are now opting for Weir Minerals Africa’s solutions. Even small owner-managed operations in the aggregate and sand production industries are entering into full service agreements with the company. ‘They know that we not only provide a quality product, but also provide access to the skills they need to optimise their plants,’ says JD Singleton, GM of the Trio and Enduron comminution equipment brands, which fall under the Weir Minerals Africa umbrella.

Bucking a trend
One of the cornerstones of Weir Minerals Africa’s success in sub-Saharan Africa and the Middle East is the credence it places on research and development (R&D). The international group spend on R&D has been increased by 17%. Its focus is not only on continuously improving the overall performance of its solutions (ranging from pumps and hydrocyclones all the way through to screen media and wear resistant linings) but also on its critical after-sales service system.

In addition to improving the overall performance of its products, such as making them more energy efficient, Calitz says attention is also given to the materials used to make wear parts to improve longevity.

While the replacement cycles of wear items have been significantly reduced, she notes that this approach to business forms the basis of Weir Minerals Africa’s long-term business relationship with its customers.

‘Our focus on lowering the total cost of ownership of our products over their entire life cycle means we have established a sustainable business where mines keep coming back to us,’ she says. Longevity and durability of its offering is also ensured by its manufac-turing ethos, which is to always keep close control over the entire production process. All critical and proprietary components are manufactured in-house. 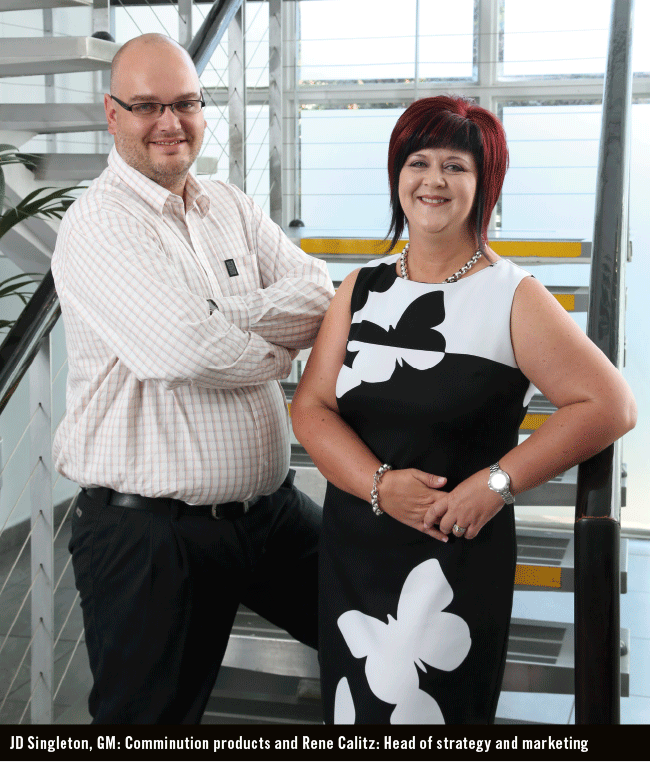 This same mindset has also been carried over to the OEM’s very important after-sales support system. Calitz says that Weir Minerals Africa prefers to distribute its own products and support them directly in the field, as opposed to relying on distribution agreements with external players.

Bear in mind that a sizeable portion of Weir Minerals Africa’s R&D initiative is also ploughed into market development. By adopting this approach, the company ensures responsive and open communication between the design and manufacturing arm, as well as the sales and after-market support functions at all times. As Calitz points out, critical information is fed from operations level to the engineering department. Improvements are constantly being made to existing and new product lines.

Not only is this approach in line with optimising and lowering operating costs on-site, but it also helps industrial companies plan by being able to ‘offer them predictability’.

Into Africa
One of Weir Minerals Africa’s strengths is its solid African footprint, from which it has been able to service all the main mining destinations on the continent. It supports the gold mines in West Africa from its premises in Ghana, while also boasting a presence in the gold-mining regions in East Africa, which it supports from its facilities in Tanzania. Central Africa remains a key growth area for Weir Minerals Africa, where it services a sizeable share of the copper-mining sector from Zambia.

‘This is definitely another big competitive edge for us. We are able to provide an extensive back-up service in-country as we are literally on customers’ doorsteps,’ says Calitz. 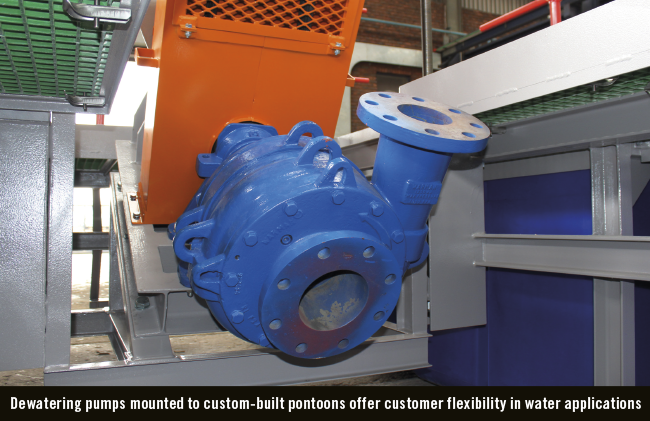 Further, while many other OEMs and suppliers may be scaling back, she says the company has retained high levels of parts and spares stockholding to ensure it can minimise downtime. This also bolsters its abilities when entering into full service level agreements with large and small mining houses.

According to Calitz, the latter is a growing market, especially the aggregate and sand mining industries. Forming part of the OEM’s diversification strategy, it remains a strategic market for Weir Minerals Africa.

At present, Weir Minerals Africa is building a 300 ton-per-hour aggregate crushing plant destined for Zambia, complementing its activities in this market in the Middle East, where it recently received a contract to supply mechanical equipment and electrics for a 400 ton-per-hour plant in Saudi Arabia.

However, the company is venturing even further into new growth areas that are more removed from its very important traditional mining market. For example, Weir Minerals Africa has already been involved in a host of water-treatment projects in the municipal sector.

Other water-related challenges facing sub-Saharan African mining, such as acid-mine drainage, promise to keep the company busy for years to come. As such, Calitz sees a very bright future ahead for Weir Minerals Africa, which will definitely be more ready than ever for the commodity-cycle upturn.