The illiquid nature of most stock exchanges in Africa – with a few exceptions – is prompting many private equity investors in African stocks to exit their investments through strategic private sales rather than via initial public offering (IPO) listings, says Donna Oosthuyse, Director of Capital Markets at the JSE. However, the Johannesburg, Nigerian and Nairobi stock exchanges are liquid and well regulated.

Private equity firms specialise in buying companies – either to grow or turn them around, and then later selling them at a huge profit. If the acquired companies are listed on stock markets, they are delisted and then kept for five to seven years before being sold to corporate or strategic buyers. Private equity firms also exit investments through IPOs in which investors buy shares when the companies are listed on stock markets.

An EY report on private equity exits in Africa found that 56% of those that took place in 2014 were done through selling to corporate buyers and 23% to other private equity investors. However, only 3% of exits were executed through IPO listings.

In the developed markets, says Oosthuyse, exiting investments through IPO listings hit a record in 2014 due to robust M&A activity, raising R175 billion compared to R125 billion the year prior.

‘In that same year, private equity firms Ethos and Actis exited pension funds administrator Alexander Forbes by listing it on the JSE after they bought the company for $1.2 billion in 2007 and delisted it. Alexander Forbes’ re-listing on the JSE generated a market capitalisation of R10 billion. However, Brait and other investors exited Pepkor Holdings through selling to corporate buyer Steinhoff in a transaction worth $5.7 billion,’ she says.

Also in 2014, Western Cape’s Rhodes Foods and Botswana grocer Choppies listed on the JSE, raising R1.19 billion and R575 million respectively. Rhodes Foods listed by way of an IPO, while Choppies was the fourth African company to have made an inward secondary listing on the JSE.

According to Oosthuyse, the JSE remains the largest and undisputed gateway for investors seeking to capitalise on the continent’s growing consumer market and mineral resources endowment. Increasingly, private equity is fast emerging as an alternative route to placing money on the JSE, which has a market cap of R14.3 trillion and is the vehicle through which investors can pick from approximately 400 listed shares on the bourse’s main board and 60 medium-cap stocks floated on its alternative exchange. 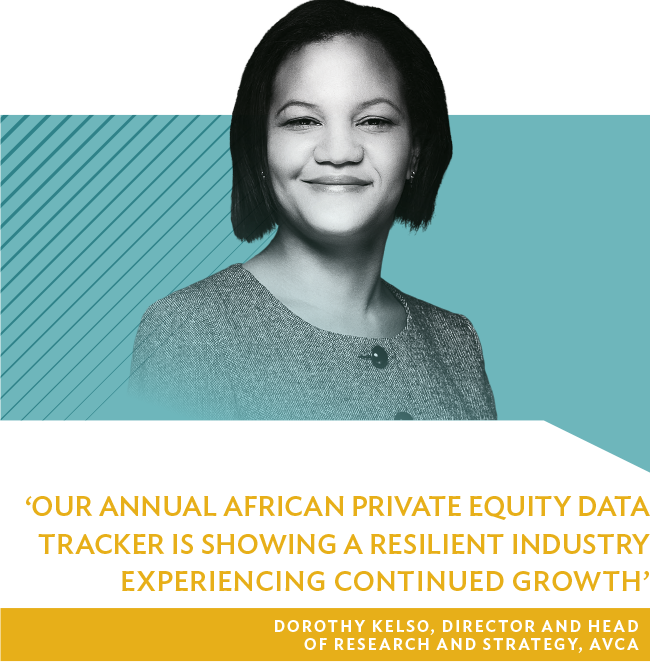 Ngalaah Chuphi, partner for sub-Saharan investments at Ethos Private Equity, says the JSE along with the Nigerian and Nairobi stock exchanges will continue to be important avenues for private equity firms looking to exit their investments. ‘However, the majority of private equity investments are realised through strategic buyers. Some are put back to original sponsors,’ he says.

The JSE works in close collaboration with bourses elsewhere in Africa. As a member of the African Securities Exchanges Association, it plays an important role in helping develop African markets and assisting stock exchanges on the continent.

This view is supported by Dorothy Kelso, director and head of research and strategy at the African Private Equity and Venture Capital Association (AVCA). She says Africa’s fundamentals such as rapid urbanisation, a rising middle-class population and more business-friendly policies from African governments are of interest to private equity investors.

‘Positive demographic trends on the continent include a young and growing population, emerging middle class and rapid urbanisation. Our annual African Private Equity Data Tracker is showing a resilient industry experiencing continued growth even as wider concerns about emerging markets and other factors impact the investment landscape.’

Chuphi says many deals require anything between $50 million and $100 million, but only a small portion of this money is drawn upfront and the rest is drawn over time to fund growth of the acquired companies.

Between 2010 and 2015, about 823 private equity deals totalling $21.6 billion were reported in Africa, according to research done by AVCA.