There was a distinct sound of keyboards clacking across SA last May, when Microsoft announced that it would deliver the complete Microsoft Cloud for the first time from data centres located in Africa.

The tech giant confirmed that its cloud services – which include Microsoft Azure, Office 365 and Dynamics 365 – would be delivered from data centres in Johannesburg and Cape Town, with initial availability anticipated in 2018. Twitter went into overdrive, and the blogosphere went bananas as commentators began to explore the impact of an investment that Microsoft was describing as ‘a major milestone in the company’s mission to empower every person and every organisation on the planet to achieve more, and a recognition of the enormous opportunity for digital transformation in Africa’.

Microsoft’s Azure marketing GM Victoria Grady emphasised how important it was that local businesses prepare to take advantage of the opportunities the new data centres will bring. ‘The data centres are coming this year, so it’s not a matter of if, but rather when,’ she said at the Microsoft Tech Summit in Cape Town in February. ‘Readiness is essential. This is a journey. It’s not going to happen overnight, so there are a lot of things you can start to plan for right now, things you can start to implement and there are all sorts of training opportunities locally. There is no reason to wait. There is a lot of great connectivity here, so you can take advantage of the cloud. But do you have your people skilled up so that the day these become live and we announce they are ready to go, you are ready to be one of the first to take advantage of them?’

While Grady could not provide a specific live date for the data centres, she did point out that, with this expansion, Microsoft will have a total of 42 announced Azure regions. ‘We have a very distributive model for our data centres,’ she said. ‘We have twice as many hyperscale cloud data centres as our competitors combined, because we see the explosion of data coming and our customers tell us they want to have options and data proximity to their customers and employees.’

Not long after Grady concluded her keynote speech, news broke that global network solutions provider Expereo was expanding into the growing African market, with its strategically located Cloud Acceleration Hubs planned to launch across 2018 in what the company called ‘pivotal Pan-African locations’. These hubs will enable Expereo to connect more customers across the internet on an enhanced global scale. ‘Across Africa, we see enormous opportunity for the cloud to accelerate innovation, allow governments to provide better services, and drive economic growth for both African-based businesses and global corporates operating on the continent,’ says Expereo CEO Irwin Fouwels. ‘To succeed, they need guaranteed performance and reliability from their internet. That’s why we are expanding our reach with these strategically located African hubs, providing our customers with the best options for cloud connectivity on a truly global scale.’

In its announcement, Expereo noted that African internet traffic has so far been dominated by ‘northbound’ traffic, with the structure of the global cable systems meaning that data was routed primarily via Europe before arriving at its destination. Expereo said it expects to see a reversal of this trend, with ‘southbound’ traffic increasing as the economies of African countries continue to grow, thus creating more cloud demand and software-as-a-service (SaaS) adoption.

Then in early March, SEACOM, the telecoms company behind Africa’s submarine cables, announced that it had deployed 100 Gbps ethernet technology in its core points of presence (PoPs) in the Teraco Johannesburg and Teraco Cape Town data centres, as part of its ongoing investment in capacity for future expansion. ‘This investment will enable us to grow our network and customer base, while continuing to provide a reliable and consistent experience to African businesses, service providers and consumers,’ says Mark Tinka, head of engineering at SEACOM. ‘Africa is becoming an important global player in the digital age, and we are committed to investing in the best technology to support the growth of internet access across the continent.’ 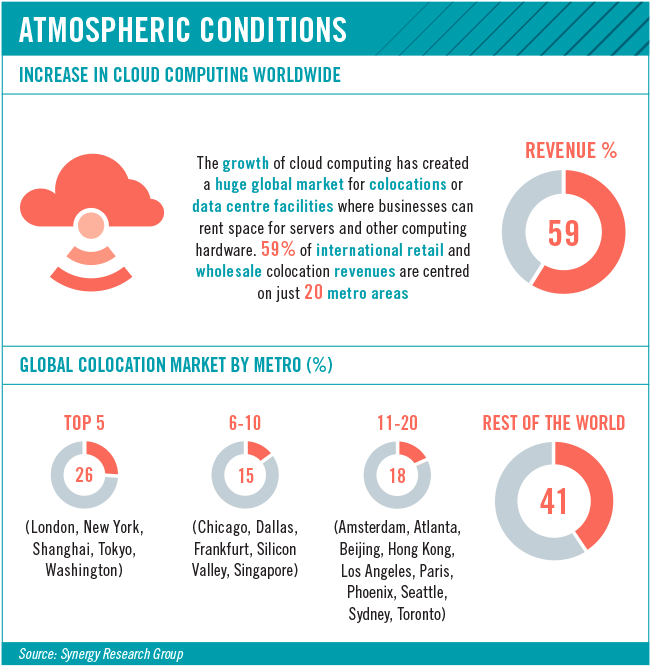 Meanwhile, Amazon Web Services (or AWS, Amazon.com’s cloud division) also hinted it was considering building data centres in SA, following the launch of its AWS Direct Connect service in Johannesburg and Cape Town in December. AWS vice-president and global head of infrastructure Peter Desantis told the Sunday Times: ‘Having AWS Direct Connect in the country allows customers based in South Africa to have dedicated, reliable and high-bandwidth connectivity to the Amazon Global Network, bypassing the public internet. Across South Africa, we need to do quite a lot of work to get that infrastructure in place. But we’re excited because we think there’s a lot of business and growth in South Africa, and it’s a matter of how quickly we can figure it out.’

However, as Gary Webster, head of wholesale at MetroFibre Networx points out, in order for companies – no matter how big or small – to fully embrace the reality of the cloud, reliable connectivity is crucial. ‘With the availability of more and more fibre, benefits to the end user are realised by decreasing costs. This, in turn, drives more and more companies to adopt cloud-based applications,’ he says. 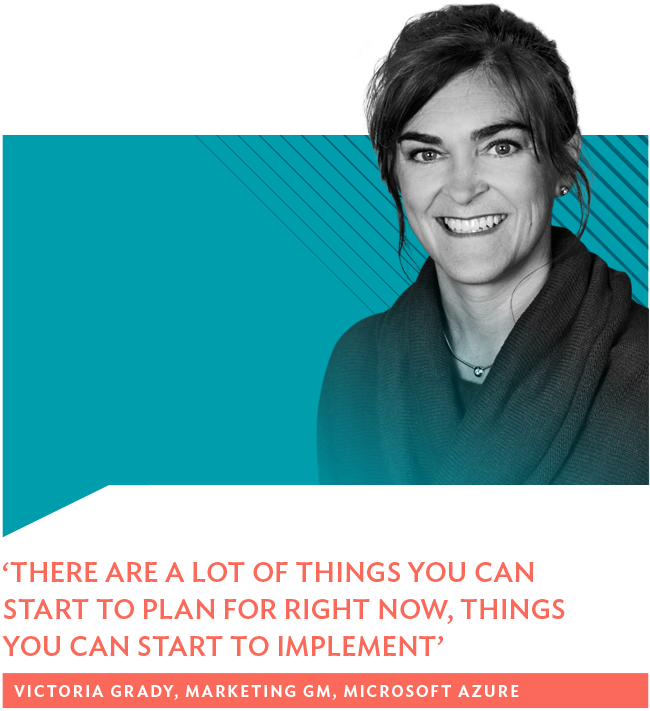 Those investments by Microsoft and Amazon in African data centres speak to a larger, worldwide trend, and hint at a coming continental gold rush for global cloud providers. Market analysts Synergy Research Group found that spend on cloud infrastructure services jumped 46% from Q4 2016 to Q4 2017, comfortably beating the growth rates achieved in the previous three quarters … and activity in the market was dominated by the big guns.

‘In large part, the expansion was driven by aggressive growth of Amazon, Microsoft, Google and Alibaba, which all increased their share of the worldwide market at the expense of smaller cloud providers,’ reports Synergy. ‘AWS maintained its dominant position with revenues that exceeded the next four closest competitors combined, despite huge strides being made by Microsoft.’

The firm estimates, with some surprise, that quarterly cloud infrastructure service revenues – including infrastructure-as-a-service (IaaS), platform-as-a-service (PaaS) and hosted private cloud services – had reached well in excess of $13 billion, with full-year 2017 revenues having grown 44% from the previous year.

‘We fully expected a year-end boost in cloud growth rates, but the numbers came in a little stronger than anticipated, which says a lot about just how robust the market drivers are,’ says John Dinsdale, chief analyst and research director at Synergy. ‘As demand for cloud services blossoms, the leading cloud providers all have things to be pleased about and they are setting a fierce pace that most chasing companies cannot match. Smaller companies can still do well by focusing on specific applications, industry verticals or geographies but overall, this is a game that can only be played by companies with big ambitions, big wallets and a determined corporate focus.’

Dinsdale’s line about ‘big wallets’ will have some of Africa’s more modest players wondering about their future. As Claude Schuck, regional manager of Africa for Veeam, told ITWeb recently, the sheer size of companies such as Microsoft, Google and AWS, combined with their global footprint, means they can provide greater cost of scale – which in turn means short-term usage of their services should cost less than from local providers. Now that’s good news for local business, especially smaller companies.

‘SMEs are often forced to have an ever-increasing human back office. Cloud-based services will allow them to have a test and production environment with a server, uptime support and some elasticity for a low monthly cost,’ says Dieter Rosch, an executive at software company BBD.

‘Small companies can now run complex server solutions such as corporate grade email without their IT teams needing to know about installing, supporting or backing up these technologies.

‘SMEs should also consider moving their website – often their most critical digital asset – into the cloud or to a cloud provider instead of self-hosting or paying a rack provider for space that their IT department needs to maintain,’ says Rosch.

‘The cloud can provide a lower total cost of ownership, while also providing higher availability and better protection against threats such as distributed denial of service attacks.’