The SUV juggernaut rolls on. According to trend forecaster Research Nester, despite the COVID handbrake, global SUV sales are on track to top 52 million units by 2027, nearly double the number registered in 2017. And, as was predicted last year, the segmenting of the market continues apace, with every size and shape. If 2021 was a year of repair and consolidation, 2022 needs to be a good sales year for the motoring industry. And as the main players wake up and shake themselves off, they’ll find a very different world – one that is embracing the wave of electrification. The key players will need to bring their A-game if they are to appeal to an expectant world. Start your (hybrid) engines…

LEXUS
In a climate of imminent electrification it helps to have form, and no manufacturer – save perhaps Tesla – has more skin in the game than Lexus. Toyota’s executive arm laid down the rules of engagement years ago, punting hybrid models from 2006, a brave move at the time. History will likely prove Lexus prescient, but it still faces a battle to hold on to the accumulated kudos. First doesn’t necessarily mean most successful, just ask Panhard or Pan Am. To wit, Lexus has honed its ‘IDEAL’ backronym (Impressive, Dynamic, Elegant, Advanced and Lasting), challenging its engineers and designers to sharpen these elements yet further. The result is the latest batch of SUVs, captained by the leviathan LX, leading the RX, NX and UX teammates onto the field.

NX first. The new model premiers in early 2022, sporting fresh kit and a newly developed 2.4-litre inline four-cylinder turbocharged engine (there is also a 2.5-litre inline four-cylinder naturally aspirated engine). Hybrid is, of course, the chosen route and drive will go to all wheels or just the front, depending on the model. If the engines are interesting, the design is more so, notable for the hint it gives to Lexus’ future ethos – less revolutionary, more fluid, an understated sophistication rather than the current take-no-prisoners design approach. That said, the trademark spindle grill, arguably the most ostentatious on the market, is still there – a statement of intent if ever there was one.

Next in line is the ever-popular RX, Lexus’ full-sized crossover, substantially revised recently to make it the quietest commercial SUV on the market. Job apparently done. On the road the RX is eerily silent, almost disturbingly so; vibrations, body roll and bump absorption all supernaturally reduced, easily the measure of Rolls Royce’s Cullinan or Bentley’s Bentayga. The darling of the RX line-up is the F Sport model, as quick as it is quiet, especially in RX 450h guise.

Bookending the Lexus’ SUV line-up are the compact UX and the leviathan LX. The former, a 2-litre hybrid urban crossover, is aimed at a city market that values cutting-edge design as much as comfort and safety. It certainly is that, the origami-inspired sharp lines and risk-taking flares loved by the early uptakers. Inside it is vintage Lexus, a carefully crafted elegance backed up by next-level technology. Lexus is one of the best at interior design, and it’s good to see the only bugbear (that strange cursor on the interactive interface) has been improved.

The Lexus flagship LX is, ironically, the oldest car in the range, yet manages to find willing customers, thanks to its old-school V8 (in either diesel or petrol), unashamed luxury, space for the 5 000 and peerless touring ability. The adaptive suspension makes it a warrior of the wasteland too, excellent when the going gets rough. 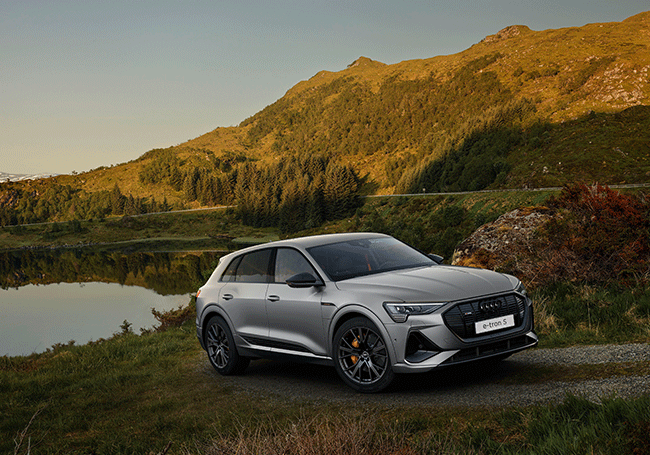 THE VOLKSWAGEN AND AUDI GROUP
Volkswagen’s empire continues to grow and some canny decision-making about shared platforms across brands will likely put the German behemoth in pole position for the electric future. Porsche, with its soon-to-market electric Macan and Cayenne will represent the pinnacle of the electric SUV group (until Bentley’s all-electric Bentayga arrives in 2025). But, of all its brands, Audi has showed the most dynamism.

Ingolstadt’s model birth rate has been extraordinary of late, a supersizing of the family, fuelled mostly by sports SUVs. New Q5, Q3, Q2, Q7, Q8 and their Sportback variants are joined by their sporty siblings; for extra energy simply add S and RS to the moniker. It’s done the German marque a world of good, placing it front and centre in the race to win well-healed European customers who want to go fast, far and frequently. And if the irksome weight of carbon guilt is a problem, e-tron is a no-brainer.

The good news is that SA will see electric Audis in 2022. The volume seller will be the original e-tron, a Q5-sized SUV with a serious kick on take-off. Next is the e-tron GT and then the e-tron Sportback. All are remarkably beautiful; so much so that when the first GT was unloading in Gauteng recently, it caused a major traffic jam. The power comes from two electric motors that deliver up to 400 kW to the all-wheel drive system – instantly. A 0-100 km/h time of 3.3 seconds is supercar territory. The current generation 95 kWh battery should be good for 400 km, driven sensibly. As with all the manufacturers, Audi is pushing for home charging systems to be installed by owners – on a fast 22 kW system the car can be recharged in four hours. MERCEDES-BENZ
Not unexpectedly, Mercedes is slowing development of its coupés and wagons in favour of SUVs. Indeed, the marque will soon cut some AMG and pure sports models from the range. This has much to do with an engine cull (forced by EU regulations) that Stuttgart is undertaking. The gas-guzzling V8 and V12s will soon be a thing of the past, replaced by cleaner, smaller, turbocharged units. The aim of course is to be hybrid by 2022, all electric by 2035.

Heading the electric charge for Merc is the GLC-sized EQC, already in SA and hoping to pave the way for the inevitable future. It is similar to Audi’s e-tron in size and application, an urban crossover SUV, good for all uses. Next will be EQS, the most expensive all-electric Merc, essentially an S-Class, and later down the line-up, EQE, EQB and EQA.

Until that fine electric day, the current Mercedes line-up of SUVs is an impressive collection of can-do. The sales superstar is the GLC – big enough, comfortable enough, quiet enough, economical enough, smart enough to tick most aspirant SUV boxes. It found the sweet spot internationally too, accounting for nearly 60% of Mercedes’ SUV sales. No surprise then that next year’s updated model will mostly leave good enough alone and fiddle only with interiors (from the new C-Class) and offer a hybrid powertrain.

Further up the ladder, the GLE and GLS have been smartened up with new digital interfaces, GLS the ultimate load carrier and available – for now – with a monster 4-litre V8 in 580 4Matic guise. But the real star of the Mercedes SUV line up is the G-Class which, despite a price tag of more than R2 million, has a long waiting list. The reasons? Bulletproof off-road abilities and the slotting in of that sublime 400d V6 diesel engine. Clever people – instantly turning a gas-guzzler into a usable everyday car as well as a continent crosser. 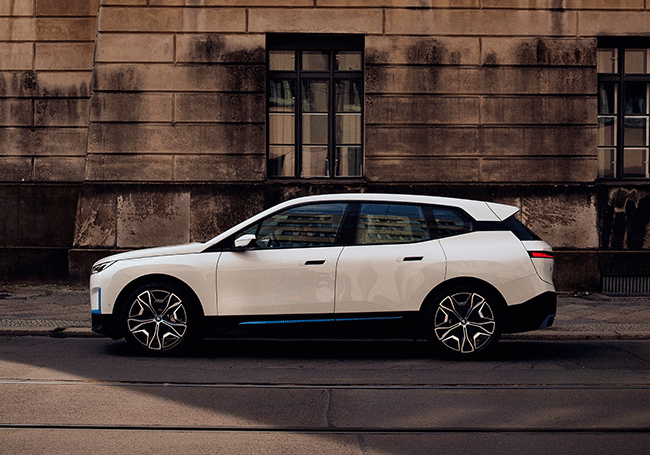 BMW
BMW’s raison d’être – spirited cars that engage drivers – has survived the company’s gradual swing to SUVs, thanks in most part to the faithfully athletic nature of both chassis and drivetrain. The X3 (recently facelifted), X4, X5 and X6 have all won new followers in recent years, obvious from the sales numbers. The M and Competition variants have been enormously popular, offering a degree of exclusivity required of the faithful. Now BMW faces another transition, to electric.

The marque was a pioneer in electrification but, like Nissan with its Leaf, peaked too early in SA. Now the world has caught up and BMW will release electric versions of its bestsellers through 2022 and 23. Expect the iX3 and i4 soon, as well as the curious-looking iX, a wholly new model aimed at the crossover SUV market.

Reviews of the looks have been decidedly mixed; if it suggests BMW’s new minimalist design ethos, say many, then they may have gone too far. The grille, too, is a giant among giants, at least as imposing as the marque’s current bad boy, the BMW 4-series. Looks aside, the iX is interesting, not least because it promises a range of 480 km, climbing towards the range goal of 600 km. Body panels will be a mix of carbon fibre and plastic to reduce weight, and the two electric motors will ensure the all-wheel drive four-seater hatchback reaches 100 km/h in under five seconds.