Is $100 enough to persuade you to get the COVID-19 jab? Or will a free island holiday or a car be the kind of compensation you’re seeking in return for the painful upper left arm that is likely to be the only side effect you’ll suffer? Never mind the morality of using the carrot-and-stick approach to bump up vaccination uptake in a global pandemic that has taken the lives of more than 4.8 million people; it seems fair to question how society has descended to a place where the common good means little without a cash or in-kind incentive attached.

Yet it’s true. In the US, some states are offering everything from shotguns, custom trucks and weekend excursions to state parks as incentives to get people to the vaccination table. US President Joe Biden urged states to offer $100 bills to the newly vaccinated in an effort to boost flagging jab rates as COVID-19 incidences surged. In the UK, a raft of companies have offered clothing and holiday discounts, free gym sessions and taxi-fare benefits for those who have been jabbed, or who are on their way to do so. Discounted meals from Pizza Pilgrims, said Sky News, was a way to reel in the youngsters.

Here at home in SA, the incentives may not be quite so widespread, but there have certainly been offers, including free Uber rides to transport school staff to vaccination sites, free Wimpy coffees for the vaccinated, and Game discounts if you can prove you’ve had your jab. More recently, the City of Johannesburg said it was discussing incentives, including a car raffle, to help address concerns about the low number of men going for vaccination.

Interestingly, when TimesLive ran a poll in August asking readers whether the government should incentivise COVID vaccination, the majority of respondents weren’t impressed at the idea of having to be ‘bribed to protect yourself and others’. But 45% were frank that if that was what was needed to encourage people to get jabbed, then so be it. Raising vaccination rates, and so impeding transmission of the virus, was worth it.

SA is awash with vaccines, however just 19.24 million vaccines had been administered as of mid-October, accounting for around 34% of the adult population. And we all know that’s not good enough. Almost 13.6 million South Africans had received at least one COVID-19 vaccine dose at that time, but that still leaves the country trailing. On the African continent alone, Morocco, Tunisia and Zimbabwe have all administered more doses, relative to the size of their populations.

Rabah Arezki, chief economist at the AfDB in Abidjan, Côte d’Ivoire, and previously for the World Bank’s Middle East and North Africa region, has no qualms about cash incentives to boost vaccine uptake. Writing in Nature, he says he has evaluated many programmes and studies on cash transfers, and acknowledges the controversy around the approach. ‘Some critics argue that all efforts should be focused on securing vaccines. Others counter that the capacity to implement a cash-transfer programme on this scale does not exist. Still others say that offering cash incentives to people for behaviours that benefit them is ethically problematic, coercive or erosive of trust.’

Yet Arezki points out that such programmes are already well-established and, in fact, being used to benchmark future similar interventions. Both development banks and NGOs, he adds, have actually developed best practices for designing and implementing such incentive programmes at scale, including targeting them at vulnerable communities.

He envisages a programme, for example, that would see each individual eligible for vaccination in West African countries offered a payment of $11 in return for receiving a shot. That amount is 10% of the monthly guaranteed minimum wage in Côte d’Ivoire. ‘The vaccine-incentive fund could be administered by development banks working with public health bodies, NGOs and telecoms operators,’ writes Arezki. ‘Blockchain technology could record doses and payments to ensure traceability and limit corruption.’

Benefits or incentives for becoming vaccinated, according to medical ethics and law professors Govind Persad and Ezekiel Emanuel, are not new. Writing in the Journal of the American Medical Association, they argue that the justification for vaccine benefit programmes is two-pronged – does it reduce overall harm from COVID-19; and does it protect disadvantaged people?

‘If benefit programmes increase vaccine uptake, they directly protect recipients. By reducing transmission, increased uptake also protects the population, including ineligible children and adults, unvaccinated adults, and individuals with conditions reducing vaccine efficacy,’ they write, adding that programmes that help establish vaccination as a social norm may actually sustain high vaccination rates. And while such benefit programmes may well not always be ‘the right approach’, their view is that they are also not ‘fundamentally ethically objectionable, nor ethically unique’.

So there you have it. Good deeds do indeed have an acceptable price tag, it seems.

Conversely, there’s the hard-ball approach to those stalling their date with the vaccinator. So if the soft approach isn’t working, and if countries can’t or won’t make vaccination mandatory, there is of course that other way – where bosses make employees choose between vaccination and holding on to their job.

There are plenty of examples internationally. Australia made COVID-19 vaccinations mandatory for high-risk care workers and employees in quarantine hotels in June. The UK made the vaccine mandatory for care-home workers from October, and as of end-September, proof of full vaccination is required for anyone wanting to enter a nightclub or other venues that host big crowds. The Canadian government announced mandatory vaccinations for federal employees (September) and for those working in some federally regulated industries related to travel (October). In France, new rules announced by President Emmanuel Macron on 12 July made it mandatory for all health workers to be vaccinated.

Delta Air Lines in the US announced in August that employees have to be vaccinated against COVID-19, or face the expensive alternative of weekly testing and a $200 monthly surcharge for health insurance. A strict new  vaccine requirement was also announced recently for the US’ 2 million-strong federal workforce – requiring staff to show proof of vaccination or be subjected to mandatory testing and masking. 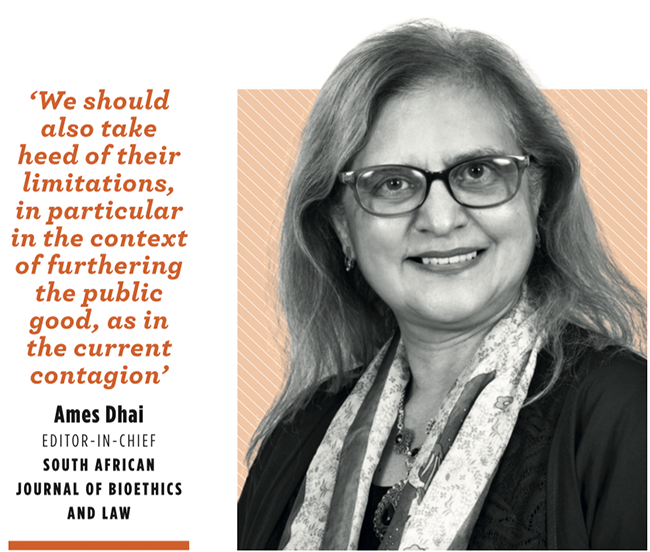 In SA, that first big move came from Discovery Health. Presenting the group’s annual results at the beginning of September, Discovery Group chief executive Adrian Gore said that the group will implement a mandatory vaccination policy for its SA-based employees from 1 January 2022. ‘The reality is it’s necessary – and urgent. We are living during a devastating infectious disease pandemic. We have an accountability to provide safe workspaces for our employees, and to act in our country’s best interest,’ he said, stressing that vaccination is the country’s best hope of defeating the pandemic, and restoring national vibrancy and way of life. ‘Yes, there may be pockets of criticism and pushback, but we won’t shirk our responsibility to lead in this context, given what is at stake.’

And never mind Discovery staff; as a client, you could be barred from their offices unless you’re vaccinated too. Writing on social media, Gore said the company will take steps towards making all its buildings vaccinated-only zones. ‘This means all internal and external parties will need to be vaccinated; or provide proof of their health status through a COVID-19 test or other means to gain entry to our buildings.’

Some university students and staff could also be compelled to vaccinate before they are able to return to in-person classes, with both Stellenbosch University and the University of Johannesburg reportedly considering making vaccination mandatory.

In June, Thembelani Nxesi, Minister of Employment and Labour, gazetted a directive on COVID-19 vaccination in certain workplaces. Writing in the South African Journal of Bioethics and Law in August, editor-in-chief and leading bioethics authority Ames Dhai suggests that, in parallel with the rights accorded by the Constitution, ‘we should also take heed of their limitations, in particular in the context of furthering the public good, as in the current contagion’.

She points out that Section 3(4) of the directive ‘affirms that the employer must take account of the constitutional rights of their employees to bodily integrity and the right to freedom of religion, belief and opinion’. But she highlights the relevance of another right that isn’t mentioned under Section 3(4), namely Section 24(a), which states that everyone is ‘entitled to an environment that is not harmful to their health or well-being’.

Discovery is likely to be the first of many private companies introducing their own mandates as the issue of mandatory vaccination gains prominence. President Cyril Ramaphosa has said that if we can vaccinate a large enough proportion of the population by December, the country could potentially avoid a fourth wave of infections that would otherwise devastate the SA economy.

Whether we dig deep into our pockets to persuade people it’s the right thing to do, or nudge them along in the name of remaining gainfully employed, what’s clear is that there’s going to be a very fine line between individual rights and the greater good.