It’s the 2017 Concorso d’Eleganza at Villa d’Este in Como, Italy, and you can’t move for Arturo Fuente cigars, Dior chiffon florals and ridiculously small dogs on the end of Tiffany leads. Along with Pebble Beach in California, this coming-together of the world’s truly rich to ogle, celebrate and ultimately buy the best cars on the planet is the epicentre of motoring as investment. Suggest to any one of the estimated 9 500 millionaires assembled here that cars are surely a terrible investment and the response would likely be to put you on the next 1958 Riva lake taxi back to the other side of the lake.

Still, investment portfolio managers traditionally take a dim view of clients who get it into their heads to add four wheels to a traditional bouquet of property, bonds and equities. The best investments are long term – so goes the received wisdom – and cars, even more so than art, don’t measure up. They deteriorate, are subject to the vagaries of fashion and worst of all, unsuspecting buyers can’t be sure of the integrity of the asset. In other words, a lemon is a lemon is a lemon, whatever the price. 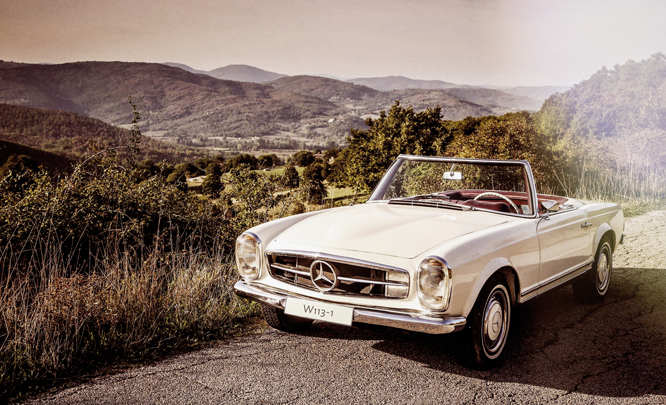 But the world is changing. This is the era of the casual disruptor, locovores, boomerang children, phantom currencies and cars bound for Mars. Investments, or investment strategists, are taking a wider view and, as more investors choose motoring, there is better due process, improved checks and balances, and a degree of certainty that hasn’t been evident before.

The market falls into two categories – the dead cert and the speculative. Dead certs are a relatively small pool of celebrity cars that come from specific periods of history (mostly pre-World War II) and are well-known to global collectors and investors. These prized vehicles periodically come up for auction as owners change the nature and focus of their garages. The speculative category encompasses various price points and eras. Globally, both are seeing growth as technology takes some of the risk out of assessment; originality, state of tune and service histories can be verified by a number of new digital programmes and international databases.

The proof is in the pudding. Back to Concorso. The stars of the show are a 1937 Talbot-Lago T150-C SS and 1928 Mercedes-Benz 680S. Between them they are expected to fetch R180 million. They are just two of 166 lots up for sale. RM Sotheby’s is presiding and has dusted off that most famous of auctioneers, polyglot Augustin Sabatié-Garat, part Hercule Poirot, part John Steed to wallop the gavel. As the hour arrives, old-money cravat and cufflinks settle next to the nouveau-riche botox brigade in the stands, the only commonality a surfeit of cash and a desperate need to find safe havens for it. Sabatié-Garat kicks off with a rousing call to arms in seven languages and money starts to fly. The Talbot manages R52 million and a Bugatti Type 57 R50 million.

The Mercedes disappoints by not reaching its reserve of R87 million (largely due to a hideous purple lizard skin interior) but there are other notable wins. A 1993 Porsche 911 Carrera RSR 3.8 with just 10 km on the clock, still mucky in its wax protective coat fetches R30 million. A gorgeous 1965 Ferrari 275 GTS is the subject of a furious bidding battle that only runs out of steam the other side of R31 million. Best of all, from a SA perspective, the 1961 Jaguar E-Type Series 1 Roadster that raced in Angola in 1963 fetches R8.5 million, bought over the telephone, allegedly by a Johannesburg buyer. 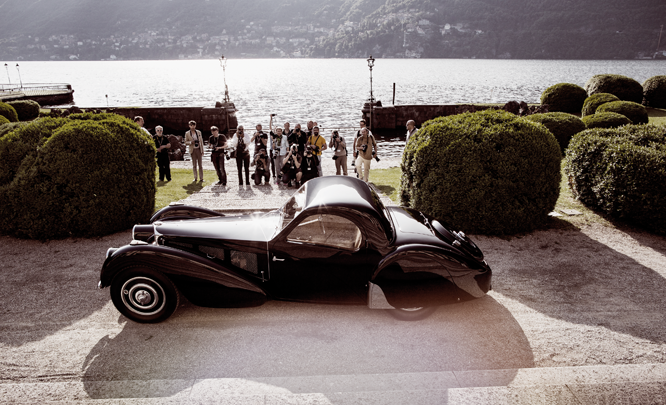 By the end of the afternoon about R378 million has changed hands and records have been set across classes. It is a relief to Sotheby’s, a harbinger of things to come. The auction houses are all too aware that nothing reflects the wider market quite like classic car collecting. After the crash of 2008 the bottom fell out of the market as the cash-strapped tried to liquidate assets, flooding the market. Canny investors with the means took advantage of bargain prices and it’s these investors who are now starting to sell and turn a handsome profit. This is easy to confirm – the 1928 Mercedes-Benz 680S, a regular at Pebble Beach, fetched R46 million back in 2012, a little more than half the 2017 asking price.

There is, however, still a hill to climb for the classic market. Records show that globally the losses after the crash continue to have an impact on buyer bravery – many are not willing to get their fingers burnt again – just yet. And while Concorso was a success, the 62% sell-through rate is not up to 1990s standards when auction houses were selling everything they could get their hands on. There is also far more care taken today in the kinds of cars chosen by collectors, a fact confirmed by Sotheby’s Sabatié-Garat.

‘The demand for special pre-war cars is now stronger than ever.’ he says. There’s good reason for this. Pre-war was the heyday of motoring insomuch as it was the time of the bespoke car, with superb materials and engineering the order of the day. Both aid longevity and rarity, two elements essential for an investment car. The other category Sabatié-Garat singles out for growth is rare, low-production supercars with excellent ‘provenance’, or pedigree.

Encouraging signs for the ultra-high end of the market then, but what of the other areas? In SA, investors tend to specialise in the mid-range, says classic car seller Sheridan Renfield of Sedgefield Cars in Sedgefield. ‘Our motoring history doesn’t extend to the high-end cars of the pre-war era. There are a few – mostly imports – but collectors of today focus on two areas – the recent supercar market and the rela–tively affordable classic sure-fires, such as the Ford Mustangs, post-war American cars and Porsche, BMW and Mercedes. South Africa has a long and faithful relationship with the Germans, perhaps because they have always been reliable as well as desirable.’

Gareth Crossley of investment specialists Crossley and Webb agrees. ‘Porsche is a living brand – many investors drive them as everyday cars. There’s strong appeal in collecting something that they are closely linked to – and something that has so much history.’ With partner Bryan Webb, Crossley sees a sizeable percentage of the SA classics market – and it’s a different landscape to the global situation. ‘Our investor industry is in its infancy, the owner clubs are very strong and individual collectors have less to do with the wider market than in Europe or America.’ At the moment the local market is flat, suggests Crossley, after a number of overheated years when SA was favoured as a rand-poor procurement destination. But sentiment could rise. Duties on cars entering the country that are older than 40 years have been reduced, and there’s talk of a VAT break. It will be a relief to see cars entering, rather than leaving the country – each loss is a piece of SA history. 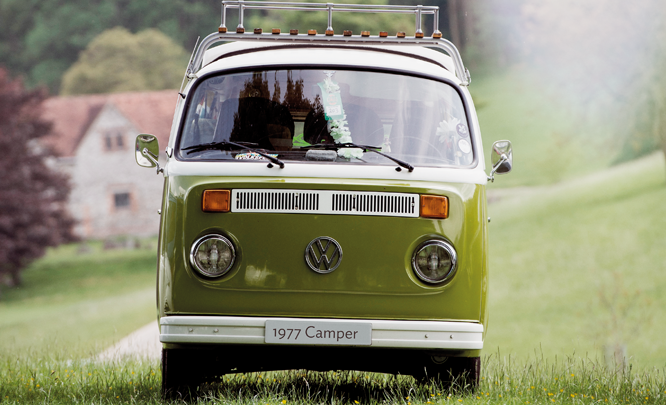 There is an important distinction to be made between an investor and an enthusiast. Enthusiasts tend to collect emotionally – cars from their child- hoods, vehicles that resonate with them. Investors are far more mercenary – they do their homework and understand that a collectable car isn’t necessarily a car they will love or cherish. It’s an asset that needs to appreciate and realise a profit. They also understand that it’s unlikely to be used much, low mileage being one of the must-haves for a genuinely appreciating motoring asset. That said, many of the best cars in the country – and the world – are owned by enthusiasts. It’s a conundrum.

There is a third group, a collection of canny buyers with a degree of motoring knowledge and some disposable income who target current or recent models with an eye to their appreciating value. This is a perilous game if the values are high and the intel bad – a lemon is a lemon is a lemon – but sometimes the gamble is worth it. A 1974 Citroën Pallas made in Port Elizabeth recently changed hands in Modimolle for R30 000 through Gumtree, only to be resold three months later in Cape Town for R280 000 through a classic car retailer.

The list of mid-range cars that make excellent investments is long, but Crossley singles out a handful to watch for. ‘There are the obvious winners, such as the Mercedes W113 series (the SL pagoda roof) and the earlier Porsches.’ Most of them are well-known examples and come with a full history, vital if you are going into collecting for the investment potential. The community knows these cars and it’s simply a case of looking after them correctly and judging the right time to sell. ‘There are others that are working hard at the moment too, such as the original Citroën DS and ID. These are now highly sought-after, both locally and internationally, but watch carefully for big rust and repair bills.’

The other trending classic of the moment is the first-generation Volkswagen Kombi, the pre-1967 model. A simple vehicle, it is now very collectible. Good, original examples are rare and there are a number of bad rebuilds, something the classic car investor needs to watch for as a general rule. And an insider’s tip from Crossley – the Mercedes R107, the successor to the pagoda SL (Bobby Ewing’s car), is very hot right now, with the added appeal that it was manufactured in SA in small numbers.

The international classic car market is beginning to show signs of regrowth, reflecting a more optimistic economic mood. That’s good news for the investor brave enough to get in early. But it’s a complex investment with storage, insurance, maintenance and fashion all very real concerns. It’s this bouquet of problems that has seen the rise of turnkey businesses that specialise in procurement, garaging, upkeep and, when the time comes, marketing and sales. Globally the business is exploding and locally firms such as Crossley and Webb are finding a willing market. It’s not a sure-fire investment but the rewards are obvious – history and heritage as well as a sense of preserving what is precious.