Office. Entertainment pod. It may sound like science fiction but the reality is far closer than many realise – cars will soon be extensions of homes and offices rather than necessarily about the driving experience.

Against this backdrop, manufacturers are investing heavily in body shapes that allow for the coming changes, and none more so than the luxury cross-over, which blends convenience with comfort and opulence. The new generation of crossovers are good examples of what Ford Motor Company’s CEO Mark Fields calls a ‘mobile experience’ – spacious, packed with features and latent technology, and ready for the approaching metamorphosis.

Jaguar F-Pace
Leading the charge – perhaps fittingly – is Jaguar. Developed under host organisation Tata’s watchful eye, the F-Pace is the Brit company’s clearest indication of its intention to lead with technology as much as passion and tradition.

Borrowing heavily from tech brothers Land Rover and Range Rover, and drawing from the innovations at Jaguar Land Rover’s advanced research centre in the UK, the F-Pace will eventually feature the company’s cloud-based Global Connected Car system. The technology will warn of potholes, predict road surface irregularities, adjust suspension accordingly and reset routes, depending on conditions.

It goes without saying that standard autonomous driving aids such as smart cruise control and accident avoidance systems are also included. Star Wars tech notwithstanding, the F-Pace will push the envelope in terms of both dynamics and aspiration.

Visually, it incorporates elements of the XF as well as various Range Rovers, especially the Range Rover Sport, with its rear-leaning stance suggesting movement even when standing still. The interior is dominated – again suitably – by a large LCD touchscreen, the interface for all the various tech and ancillary functions.

For the rest, it is hearteningly traditional – the requisite leather and walnut in evidence, unless the sports pack is chosen, in which case aluminium is the accent material of choice.

Space, the F-Pace’s supposed raison d’être is surprisingly tight, especially in the back. In this it echoes smaller sister XE, even though the shared chassis has been stretched in the F-Pace. On the road the independent suspension contributes to a sophisticated, well-insulated ride – both comfortable and dynamically satisfying.

Autonomous driving may be around the corner but in the interim, Jaguar would like you to enjoy the last few years of independence.

Porsche Macan GTS
Challenging Jaguar as the ‘it’ crossover of the moment is Porsche’s success story, the Macan GTS – a relatively compact coalescence of 911 and Cayenne. The Macan has found favour with a broad spectrum of fans, many of whom are first-time Porsche owners.

When first introduced to the market, it was clear that the Macan had sorted out many of the Cayenne’s issues, most notably those regarding ride comfort. It was far better on broken surfaces than its bigger brother and nearly as spacious.

Recently launched in Tenerife, the Macan GTS – Porsche’s midway between the hairy-chested turbo cars and the tamer S models – seems, on balance, to be the ideal Macan.

Equipped with all-wheel drive and blessed with launch control, it will literally blow your hair back on take-off – traction being a key component. It trounced the new 911 off the line, so masterful was the chassis setup. The twin-turbo, 3l V6 engine delivering 265 kW and 500 Nm helped too.

Inside, the news is good and bad, with Porsche’s traditionally bulletproof, ergonomically astute interior a thing of real quality and beauty.

Porsche is, however, late to the tech party and its first interactive coupling is less than successful – the screen and interface difficult to navigate and prone to glitches, especially the sat nav. Porsche will sort this out soon enough though, given their Volkswagen AG resources but it is an unexpected stumble for a company obsessed with attention to detail.

Mercedes-Benz GLC
Taking a slightly different approach to the crossover market is Mercedes-Benz with their new GLC. Based on the C-Class platform, it endeavours to be both stylish and rugged, something of a surprise given the unashamedly urban nature of smaller brother GLA.

This Merc can indeed rough it. Launched in the Namib desert, it sailed through a series of gruelling challenges, making good use of its adaptable ground clearance and 4Matic all-wheel drive. On the tar it impressed too – the optional air suspension well set up and delivering a classy, yet planted ride.

This side of the S-Class, it is unquestionably the company’s best suspension layout. Allied to the new 250d diesel engine, the GLC gave the impression of being an ideal long-distance tourer. The engine is astonishingly frugal, managing a fuel consumption of only 5.5l/100 km on the extended routing along Namibia’s coastal roads.

Infiniti QX30
If the Mercedes-Benz GLC is a vast improvement over the smaller GLA, then Infiniti must make do with a copy of the GLA. Their QX30 (and the slightly smaller Q30) is based entirely on the little Merc.

This may or may not win it friends and customers but lacking their own platform, Infiniti has chosen a sensible partner (Mercedes-Benz as aspirant as Infiniti). However, the GLA is not the ideal donor car, given its cramped interior and crashy ride. About the space Infiniti can do little, but the ride has been improved and kudos to Infiniti for a job well done.

Top marks must go to the designers, who have produced a genuinely attractive car, as unusual as it is arresting. The profile especially is intriguing, with the accented Infiniti zigzag at the rear window a masterpiece. Inside, the designers have been hard at work too, adding a touch of old Hollywood glamour to the Germanic carcass.

Seats are overstuffed, touch surfaces are soft and padded, and the white upholstery with black piping is a triumph of style over practicality. 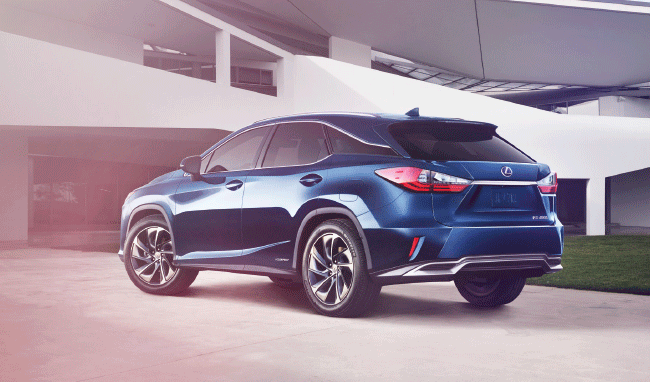 Lexus RX
Lexus is aware that its traditional market is ageing and has taken the bold step of radically altering the look of its cars – moving from conservative to confrontational in a bid to appeal to new, younger customers.

Nowhere is this more evident than in the latest RX, a car much-loved by the establishment who gravitate towards the environmentally-friendly message but know there is still a reliable, luxury chariot under the tech. The new car has a vast spindle grille and a series of brutal slashes to the bodywork first seen on the smaller NX. But underneath the radical external shell is the familiar RX, the 230 kW 450h hybrid – a fusion of electric and petrol tech that is quintessentially seamless as well as unobtrusive.

The V6 engine is strong and quiet and the technology all-encompassing. However, the RX’s biggest selling point is its excellent ride and noise insulation. It makes the big crossover as good as any luxury limousine and everyday use only serves to confirm this.

The rest of the field
Faced with the technological advancements of the latest crossovers, other manufacturers are upping their game. Geely-owned Volvo has the industry abuzz with their beautiful, tech-heavy XC90 and the updated XC60. Both offer a small engine/large turbo solution to fuel-efficiency worries and in the case of the XC60, excellent off-road abilities without compromising on-road comfort or handling. 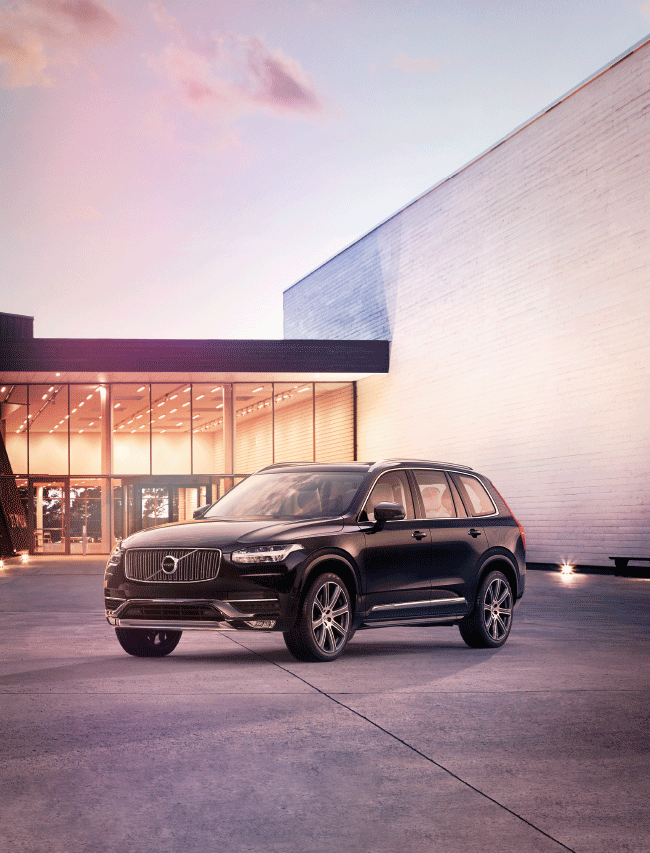 Equally impressive is the new VW Tiguan – significantly more luxurious, tech-savvy and capable than the outgoing model, with a clear emphasis on aping the successful Touareg. Its sister, the best-selling Audi Q5, is due for major reinvention soon and is currently flagshipped by the mad, bad, intoxicating SQ5 – a crossover meant to be more racer than SUV, with its turbocharged 3l V6 catapulting it to a speed of 100 kph in five seconds.

Performance is also BMW’s focus with the X4, a peculiar amalgam of almost every segment – part SUV, part sports car, part GT tourer. Its bigger brother, the X6, has had more success, however the X4 xDrive35i M Sport is much the same car with a substantial saving. 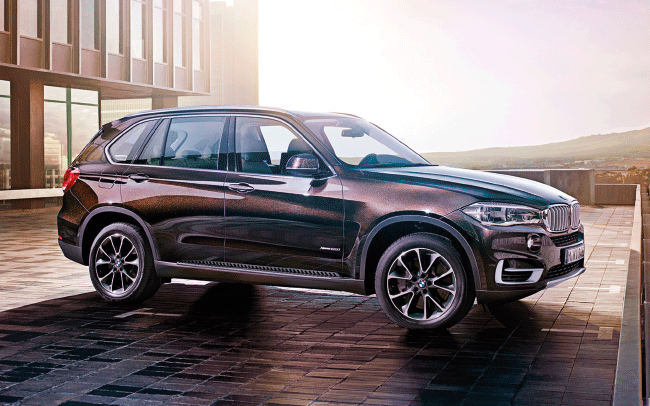 Perhaps the most memorable of this year’s cross-overs will be the Range Rover Evoque convertible. In taking the roof off a crossover, Range Rover has gone where no other manufacturer has thought to go. The idea is to combine the height of an SUV, the luxury of a sedan and the airiness of a convertible.

Will it work? Ten years ago the answer would have been an unequivocal ‘no’ but the consequent splintering of segments, explosion of tech and ramping up of abilities means that the answer is now, well, anybody’s guess.

As Ford’s CEO so succinctly put it at the international motor show held in Detroit earlier this year: ‘Technology disrupters are everywhere. Traditional is out the window. It’s a new industry. Anything can happen – new design, new manufacturing methods, new niches. Nothing is sacred anymore. We are in the next new age of the automobile.’