The double cab size wars have been raging for years now, traditionally a face-off between Ford and Toyota as Hilux and Ranger slug it out in a game of mine’s-bigger-than-yours. Other players in the theatre of war were happy to sit back and watch, until first Volkswagen and then Mercedes-Benz stepped in, knocked heads and declared the goalposts moved.

Big, yes. But sophisticated too, more polo than rugby, Amarok and X-Class Anakim in Burberry. Except that in the world of double cabs, testosterone will always win out over refinement, and the pendulum has swung back the way of the big guys.

Ford Raptor
The big blue Raptor hullabaloo comes down to one thing – off-road racing. Think Dakar Rally through the Kalahari, Mad Max chasing cretins through the Outback. Most definitely not robot-to-robot black lining or hero status down at your local illegal drag race, and that’s just as well.

Under the steroidal bonnet of Ford’s official Raptor (rather than the popular after-market monochrome Wildtrak version) is the self-same diesel 2.0-litre engine doing service in the innocuous Everest and sister Wildtrak. Which is something of a disappointment to the faithful who had visions of a V8-styled, F-150 Raptor (or even the 3.5-litre turbopetrol V6 available in other markets).

That said, it would be foolish to dismiss Raptor as what Germaine Greer might suggest as ‘all ink and no spit’. The R&D crew have done a fine job of kitting out the sandbox speedster for sandbox speeding – a strengthened ladder chassis frame, monster 285/70 R17 BF Goodrich all-terrain boots and a whopping 283 mm ground clearance make playing ‘out there’ a whole lot of fun. There’s plenty of choice suspension tech down there too, including Fox Performance dampers and an integrated Watt’s linkage system that keeps the body remarkably even-keeled at speed, even over the worst terrain.

Inside, things are a little more regulation Wildtrak than Performance Ford, the addition of sports seats and blue stitching the most obvious signs that this is a special case car. Whiplash yahoos will love the paddle-shifters – ambitious to say the least in a 10-speed automatic diesel bakkie – and red top-centre marker on the leather-clad steering wheel, as well as the Ford Performance badging on the sills.

None of which of course helps in the urban jungle. On the contrary, the extra weight and decidedly ordinary 157 kW/500 Nm mill means the bruiser bakkie takes more than 10 seconds to get to 100 km/h (it now has a power-to-mass ratio of just 68 W/kg), the payload is reduced to 607 kg and towing capacity is down to 2 500 kg. Less or more important – depending on your character and garage setup – is the extra 150 mm of girth, adding either presence or peril.

Ultimately then, Raptor is pleasing as a middle finger to the Hilux Dakar hairies next door and great for testing rallying skills (please don’t kill yourself), but less useful for the city or the beach because of that reduced payload and huge footprint. Far better perhaps to save close to R200 000 and opt for the lovely 3.2 TDCi Ranger Wildtrak, the very model of a modern motoring all-rounder.

Toyota Hilux GR-Sport
In much the same way as Mercedes-Benz pinched kudos from AMG when they rolled out their AMG line of go-faster pretenders (and BMW did the same with M and M Sport), Toyota have appropriated the Gazoo Racing epithet for a range of less hairy-chested derivatives (Gazoo is Toyota’s motor-sport wing, from the Japanese word meaning ‘picture’ – their engineers were required to visualise what the fastest car in the world would look like).

Latest to take the name is the ubiquitous Hilux, channelling the tuning arm’s achievements at Le Mans, in WEC and WRC, around the Nürburgring and more relevantly, at this year’s Dakar Rally (which it won). Sadly, however, there’s no earth-shattering V8 here, the Hilux GR-Sport making do with Toyota’s faithful 2.8-litre turbo-diesel, characteristically driving all four wheels via a six-speed automatic transmission.

The Gazoo magic is in the underpinnings. As with the Ford Raptor, serious work has been done to strengthen the chassis and improve handling, with hardened front springs and the addition of double-tube dampers that work to neutralise pitch and sway at high speed. 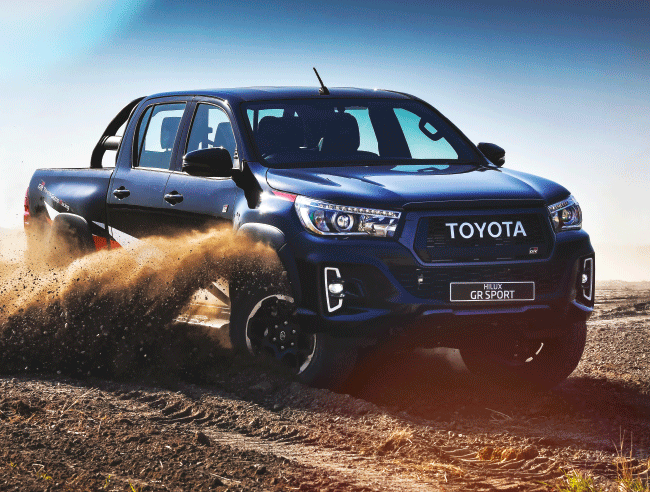 All this is nice to have, but really it’s about visual bragging rights, and GR-Sport rolls out the Gazoo finery – signature white, black and red decals abound. You can have the car in Black Mica or Metallic Red (though that’d be sacrilegious) and the traditional Pearly White. An attention-grabbing Toyota grille, runner boards and 17-inch, 265/65 all-terrain boots finish off the exterior look.

Inside it’s all Gazoo – perforated leather, red stitching, a numbered interior plate, start button, GR-brand floor mats and the GR logo on the front headrests. It’s all there.

Mitsubishi Triton (Absolute)
Absolute with an e is not a vodka, though Mitsubishi would have you believe it packs just as hefty a kick. Absolute is the soon-to-be released all-new Triton bad boy – dark thoughts and domination on its mind. And while it may sound ridiculous, actually, the Japanese manufacturer speaks with some authority – as a long-time Dakar and rally sport winner, it knows a thing or two about tough racing bakkies.

Except, predictably, this isn’t that; rather a civilised, albeit tough-looking version of Hiroshi Masuoka’s Desert Storm trooper of yore. There is work on the Absolute’s suspension to raise the ride height, and there are better brakes and off-road wheels and tyres, but the other additions are largely cosmetic – bold body cladding, red-accented skid plates, bespoke lights.

The bad news is that the Absolute will be a while getting here, but to counter that, witness the brand new Triton range, a long time in the making. The Tonka Toy Dynamic Shield’s looks will polarise opinion and the carried-over 2.4-litre, four-cylinder turbo-diesel engine will be a disappointment to some, good though it is.

Yet there’s a choice of a new six-speed automatic transmission and happily, the option of a six-speed manual remains. Inside, materials get a substantial upgrade, softs where there were once hard plastics and the ambience is much improved; fans of the marque’s excellent new Eclipse SUV will recognise the design language – ergonomic simplicity with the accent on longevity and ease of use.

Volkswagen Amarok 3.0 V6 TDI Extreme 4Motion
SA’s most powerful truck – and arguably its most sophisticated – may soon be even better. VW has been teasing locals with the possibility of a new V6 engine for some time now, one that delivers 190 kW and 580 Nm of torque. It would make the big Veedub a real beast, easily the making of its archrival Mercedes-Benz X-Class.

Potentially, the Amarok isn’t done there either. VWSA teased a locally engineered XL long wheel-base version at the NAMPO agricultural show and the limited editions are coming thick and fast – the Amarok Canyon the latest, a bespoke sophisticate with new wheels and roll bar.

Special editions traditionally mean the next generation is on its way and news that VW and Ford are climbing into bed together to produce that lovechild will shock some, enthuse others. Surprising perhaps, but tough it will be, the best of arguably the two leading double cab manufacturers of our time. 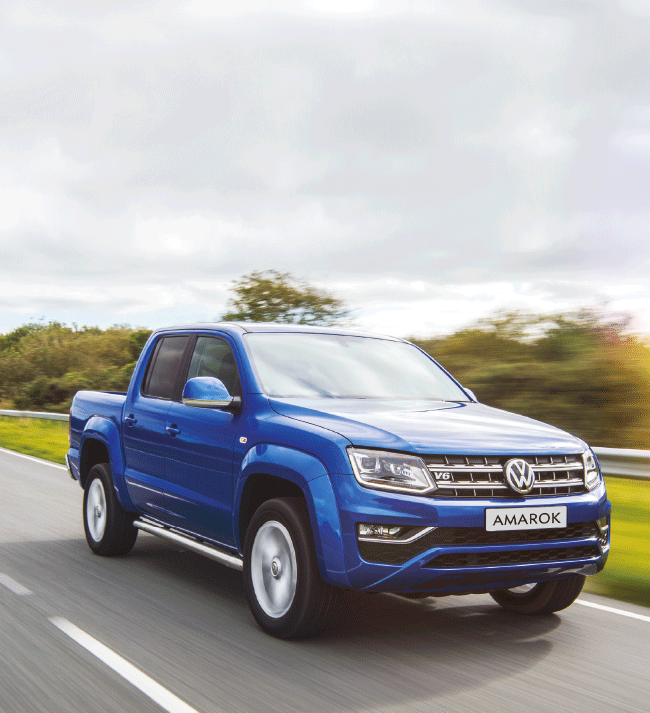 Isuzu D-Max Arctic Trucks AT35
In double cab lore the hard-wearing Isuzu, once a KB, now the D-Max, is a legend, a no-nonsense worker to be hosed down and sent out to do the heavy lifting once again. No prissy interiors and fancy extras for this local hero, just bulletproof dependability and a lifelong friendship. Crazy wonderful then that Isuzu, likely emboldened by their liberation from GM, have come up with this mad idea – a truck honed in the frozen wastelands of Iceland. For Africa. Genius. It looks the business too.

Arctic Trucks has added meaty rubber, wide wheel-arch extensions, running boards, mud flaps, as well as chrome badging and decals. The engineering centres around the suspension once again, with trending company Fox Performance providing the shocks and bones, à la Ford Raptor. Suffice to say all crucial equations are improved: approach and departure angles and ride height are all class-leading.

Under the bonnet, Isuzu’s unbreakable 3.0-litre, four-cylinder turbo-diesel provides the grunt, good for 130 kW and 380 Nm, sent to all four corners via a six-speed automatic transmission.

Mercedes-Benz X 350 d 4Matic Power
It continues to be a wild ride for Mercedes-Benz, the big, expensive X-Class a lesson in brand politics as much as audience expectations. Its common ancestor – the Nissan Navara – upset the glitterati and it’s no surprise that Stuttgart will be terminating the unhappy Nissan Renault partnership that birthed the behemoth. So what of the stately truck’s future? It’s around for at least five more years, but after that, all bets are off. There are no whispers yet, but most potential double cab partners are already taken, happily in bed with each other as they are (Nissan with Mitsubishi, Isuzu with Mazda, VW with Ford). Would Mercedes go it alone? It’s hard to see but stranger things have happened – the Alfa Romeo Giulietta is a Dodge Dart in the US after all… 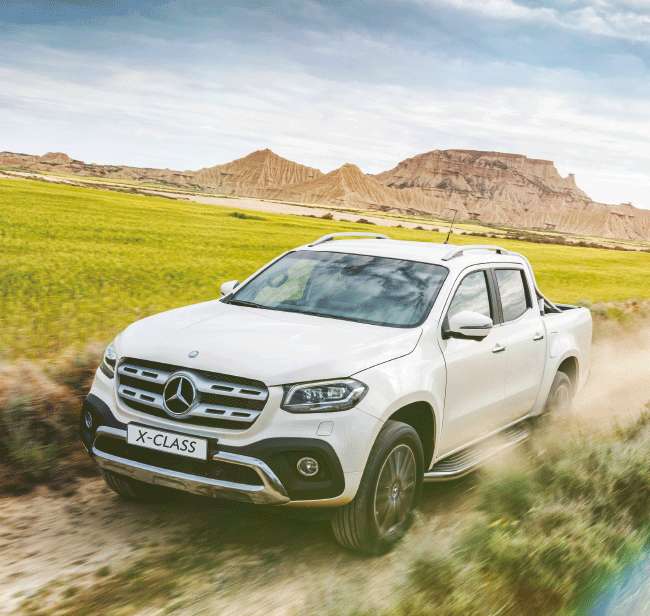 Nissan Navara Stealth
Finally, Nissan’s supertanker Navara keeps things interesting with a special edition that, intriguingly, can be layered onto any existing new Navara model. In other words, buy the standard LE 4×4 and add R12k for the Stealth additions. Those include a black-and-orange motif that looks superb, a hefty rear roll bar and all-black alloys. The mechanics stay the same – Nissan’s 140 kW, 450 Nm 2.3-litre twin-turbo diesel engine, mated with a buttery seven-speed automatic transmission, runs the show and the company’s much-vaunted five-link rear suspension puts it in a class of its own suspension-wise, sophisticated in a world of ladder-frame leaf-spring leviathans. 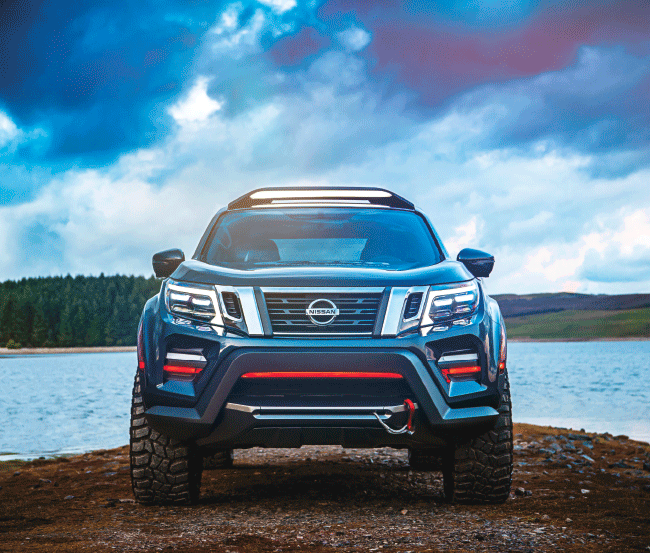 Fresh ideas are always fêted, especially in motoring, and kudos to the double cab creatives who have recast their latest offerings as expressions of the prevalent zeitgeist, no matter how troubling the underlying psychology may be. Troubling? Size is obviously no longer enough. Attitude is now added to the mix. Attitude and audacity. Relevant for our times, certainly. Raptor, Arctic, Stealth, GR-Sport – perhaps Volkswagen’s sobriquet nails it best. Extreme is the new essential. Tell a friend.