The age of cheap oil is once again upon us, and it looks like it will continue well into the next decade. How so? Thank Barack Obama. Or blame him, depending on your environmental persuasion. Obama’s go ahead to the miners and industrialists of the Texas Permian basin to extract oil and gas from the 300 million-year-old depression by any means necessary, will go down in history as a pivotal turning point in the world order.

Fracking came into its own and wells were producing in less than 135 days, rather than the 10 years it takes to do it the conventional way with a drill. A new energy hierarchy quickly emerged, with OPEC, the Saudis and Russia playing an unfamiliar game of catch-up. The bottom fell out of the oil market, Venezuela imploded and manufacturers previously chasing electric and hybrid were given a stay of execution. By the middle of 2016, SUVs and their ilk had once again shot to the top of the international sales charts.

A parallel trend is happening in the First World, an uptake of large pick-ups, underscored by southern hemisphere success and a realisation that double cabs needn’t be purely agricultural. Manufacturers that have never considered bakkies are climbing over themselves to bring a hulk to market. We’re there now, expecting the flood, and as South Africans – long since in love with the dual lifestyle lugger – we are rubbing our hands in anticipation. Here is what’s just arrived and expected in the next few years.

Fiat Fullback
No one saw this coming but Fiat’s ready-for-market, full-sized double cab has taken the country by storm. It is aimed very much at southern hemisphere markets, with its provocative name and high specification level. The Fullback will compete in Australasia, South America and SA as much as in Europe, where Fiat CEO Sergio Marchionne says it will make significant inroads. He sees the bakkie stealing SUV thunder, as ever wealthier, gentrified Europeans with country connections realise their comfort needn’t be compromised by their practical requirements.

Under the (very thin) Fiat skin, the Fullback is essentially a next-generation Mitsubishi Triton, and it was brave (or foolhardy) of the latter to allow Fiat to beat them to market with basically their own product. The Fullback sports Mitsubishi’s much-admired 4×4 system, new 2.4l petrol and 2.5 turbodiesel engines, as well as their new five-speed manual transmission. The five-speed automatic will be offered later in the year.

In the cabin, reactions are complex – on the one hand Mitsubishi’s upgraded space is a huge improvement over Triton, but there’s also disappointment that Fiat didn’t do more with it. The Italian marque’s presence is no more than a steering wheel boss and a few Fiat badges – dismaying given the excellence of current Fiat interiors.

The new infotainment screen is an update of old Triton – materials are far better and there’s a premium feel to it. On the road it’s all good too – a well-engineered chassis now offers a comfortable ride and peerless ability off-road. More good news is that the Fullback sports a locking rear differential as standard, unlike other markets. 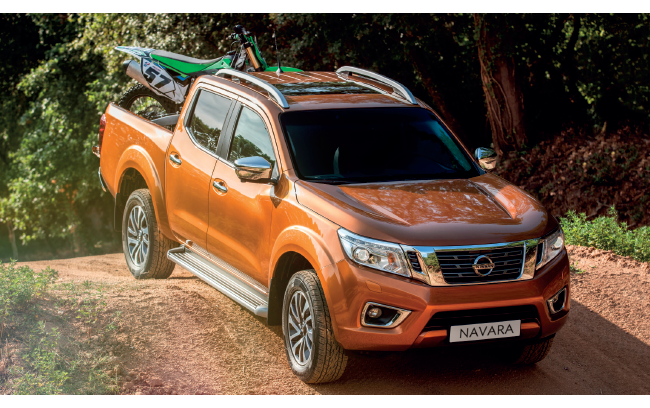 Nissan Navara
It’s the double cab that’s been threatening to arrive forever and a day, but Nissan promise faithfully that it’s ‘just around the corner’. When it does finally break cover, Navara will hope to take on Hilux and Ranger as much in the visual department as under the skin. After all, bigger is better in the double cab world and Navara started the upsizing trend.

The updated, beefy V-motion motif grille will help a great deal, massive as it is, as will the new colours – Savannah Yellow and Earth Bronze are nothing if not in-your-face. The new cabin will help in another crucial area, that of comfort. The remapped, rather than all-new, 2.5l four-cylinder diesel and 2.5l four-cylinder petrol engines will have their work cut out for them – both Ford and Toyota have excellent similar mills and silky smooth transmissions to boot.

Toyota Hilux
Hilux’s explosive success since its launch is underlined in the figures, selling some 5 000 units in just a few short months. Toyota has the twin advantage of brand loyalty and an excellent product – and the new market leader is not sitting on its laurels either, offering the SRX Hilux with the larger Raider bumper, as well as new wheels.

The most successful Hilux has been the relatively expensive 2.8 GD-6 double cab Raider and it’s no wonder – the new engine is responsive and tractable, and the much-hyped power mode button on the console that delivers a shot of kilowatt adrenaline for overtaking manoeuvres, actually works. The ride is better and steering light years ahead of its predecessor, as is comfort. Indeed, the cabin is the real revelation – quiet, sophisticated, spacious but still tough.

The tech? Toyota has included a raft of new electronics and Hilux has joined the connected generation with a huge touchscreen dominating the dash – the gateway for various sound, bluetooth and setup functions. Automating the four-wheel drive system was important too, the dash-mounted, rotating dial for two, four, high and low-range selections succeeding the clunky gear lever of yore.

A real result for Toyota, a job well done, gratifyingly reflected in the sales figures.

Ford Ranger
Ford, still smarting from having the double cab crown summarily ripped from its head by Toyota, hasn’t sulked for long. Their recent launch of the new six-speed automatic transmission, mated to the 2.2l Duratorq TDCi engine, was an unqualified success – the marriage of power unit and drivetrain clear. In fact, why didn’t Ford do it before? It’s a no-brainer – a great combination and a good-value one too.

Ranger itself continues to be the go-to truck for a new generation of urban-based adventurers –buyers keen on Ford’s resurgent message of cutting-edge technology at a decent price. The gap between Hilux and Ranger is now wafer-thin with brand loyalty the chief difference. 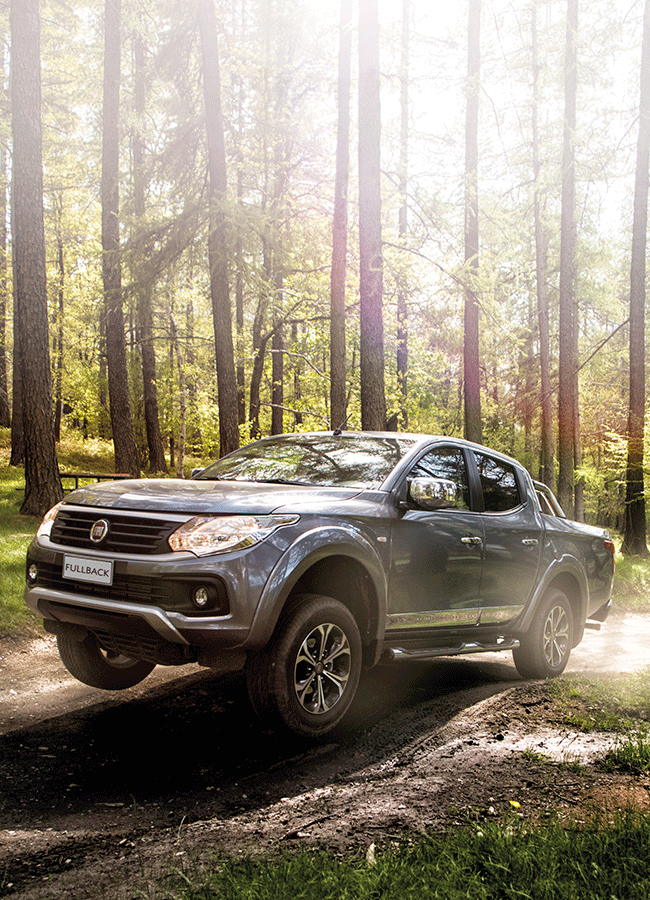 Mitsubishi Triton
The fifth-generation Triton will finally touch down early 2017, according to Mitsubishi. Badly needed updates will include the company’s latest 133 kW/430 Nm 2.4l turbo diesel engine, which offers better fuel consumption; responsiveness and acceleration; and reworked suspension, making it more comfortable on the road.

Mitsubishi’s famed traction system gets a boost too. The Super Select four-wheel drive II now operates from a knob on the centre console. On the road it can finally match – if not better – Isuzu KB, Hilux and Ranger for comfort. Fans of its off-road prowess will be pleased, but its long-distance shortcomings can be off-putting.

Isuzu KB
The locally-made KB series has fallen behind in recent months in terms of sophistication and features, but General Motors has seen fit to at least upgrade the visuals. For 2017, KB gets a new grille, lights, spoiler and air intakes at the front, as well as revised lights at the back. Engines and transmissions remain the same. KB’s strongest selling point is its comfort – on long journeys it is arguably second only to the VW Amarok.

Volkswagen Amarok 3.0 TDi V6
VW corporate spokesperson Andile Dlamini more or less confirmed the inclusion of the 3.0 TDI engine in next year’s lineup. His caveat – that Wolfsburg still has to sign off on the idea – is largely playing for time, the issue being availability rather than possibility. When it does arrive, likely in July 2017, it will sell like hot cakes – the current 2.0 TDi, even in bi-turbo brilliance, is no match for a stonking V6 diesel. It will, however, be expensive so buyers may opt for one of the current models, with the upside that the whole range gets a new corporate look come January.

Renault Alaskan
Another manufacturer seduced by the idea of a developing niche is Renault. But given the French maker’s lack of a bakkie platform, it has gone shopping, and who better than sister manufacturer Nissan to provide the essentials? The result is the Alaskan, based on the latest Navara, and it could break cover as early as next year.

Renault showed their concept at the 2016 Frankfurt Motor Show and if the production model stays true to the spirit of the concept, it will be a monstrous beast, bigger than Navara and all kinds of funky. Unmistakable visual cues from Renault chief designer Laurens van den Acker include overblown wheel arches, concave planes and massive brand visualisation.

The interior is mostly Navara, with the odd Renault Kadjar flourish such as digital instruments and good digital connectivity – expect a touchscreen and a raft of driver aids.

The established 2.5l four-cylinder diesel will make it to SA, with the five-link rear suspension from the Navara standard. The six-speed manual will be complemented by a seven-speed automatic transmission. As with Navara, 4×4 versions will get a rear-wheel drive mode, as well as 4H and 4L and an electronic limited slip differential. A mechanical diff lock is also on the cards, though not confirmed.

Mazda BT-50
Mazda announced that their trucks will cease to exist as of 2017, and that Isuzu will be building their bakkies in future. Expect the next-generation BT-50 to share KB platform essentials as well as suspension and drivetrains. Happily, word from the company is that interiors will likely be kept in-house at Mazda, good news given their excellence in that area.

Peugeot
The troubled French company, long on plans but short on action, aims to join the double cab fray with a sophisticated, comfort-oriented Toyota Hilux-based bakkie of its own. Whispers are that it will launch at the end of 2018, sharing all major components with the Japanese giant. It’s not as mad bananas as it seems, there is previous co-operation in their history – the Peugeot 108, Citroën C1 and Toyota Aygo share the same platform. Who would choose a Peugeot Hilux over a Toyota Hilux is anybody’s guess. 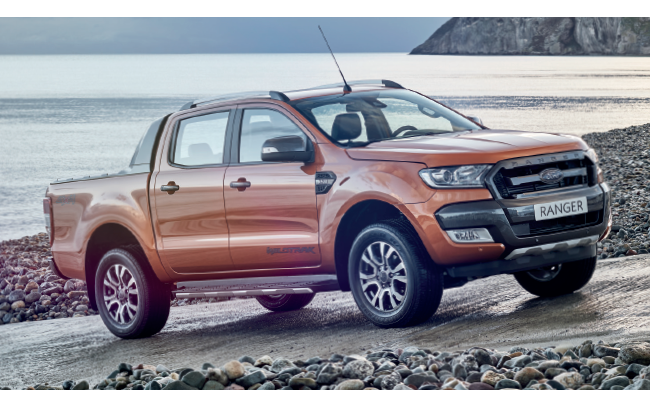 Mercedes-Benz GLT pickup
Now we’re talking. The routing to a granddaddy truck from Mercedes-Benz is through its alliance with Nissan/Renault and Infiniti, already sharing technology and platforms in the shape of the Infiniti Q50, Q30 and Smart ForFour. Mercedes has called its bakkie project Andrew for some unfathomable reason, and it will be based on the Nissan Navara. It’s likely to be called the GLT on launch, and be more American luxury truck than conventional double cab.

That means an accent on standout features such as the mooted electric rear window and premium interiors, probably taken from the GLE. Engines will range from petrol and diesel four- and six-cylinders already doing service in the Mercedes lineup, with a choice of a six-speed manual or seven-speed automatic transmissions. Big news though is that the GLT will be available with optional independent suspension. Mercedes-Benz’s familiar 4Matic all-wheel drive system will do the offroading.