Spanish companies have generally been among the leaders in the roll-out of utility-scale renewable energy projects in SA as well as globally, which can be attributed to their having participated in renewable-energy projects from the outset.

‘There has also been substantial investment into research and development in this sector,’ says Siyabonga Mbanjwa, energy expert and former regional MD of SENER, a Spanish firm that specialises in engineering procurement and construction services in the energy and renewable-energy sector. Mbanjwa also serves as a director in the Spanish Chamber of Commerce in South Africa. ‘Many Spanish companies hold patents for specific technologies and have a strong track record, which is attractive for investors,’ he says.

The Spanish business community in SA is relatively small compared to that of other EU countries, such as Germany and France, but it makes up for this in its diverseness. Mbanjwa explains that Spanish companies have had success in tourism, aviation, water, financial services, steel, fisheries and professional services, among others. ‘The Spanish embassy has been in South Africa for more than 50 years, and the strong bilateral relations will continue to grow with time,’ he says. But at the moment, the renewables sector looks particularly promising.

The South African Renewable Energy Independent Power Producer Procurement (REIPPP) programme was once heralded globally as an example for other renewable policies, before it ground to a halt around 2015. Judging from the government’s recent re-commitment to renewable energy, and the REIPPP, in particular, it appears that the wheels of the renewables programme are  slowly beginning to turn again – a good omen for both the sector and foreign direct investment into SA.

Spain’s renewables sector took a knock when the Spanish government amended the terms and conditions on many of the power purchase agreements it signed in previous years, explains Mbanjwa, which negatively impacted investors. ‘New projects dwindled and forced many Spanish renewable-energy companies to seek work outside of Spain.’

One of the investments in renewable energy outside Spain was the R350 million wind-farm project in Atlantis, led by Gestamp Renewable Industries (GRI), the world’s largest wind-tower producer. GRI has factories around the world, in Spain, Turkey, India, Brazil, the US and SA, which produce about 1 300 wind towers a year. Of those, roughly 150 are manufactured in Cape Town. Tower sections of 90 tons, almost 40m long, and 5m in diameter, can be accommodated at the Cape Town facility. 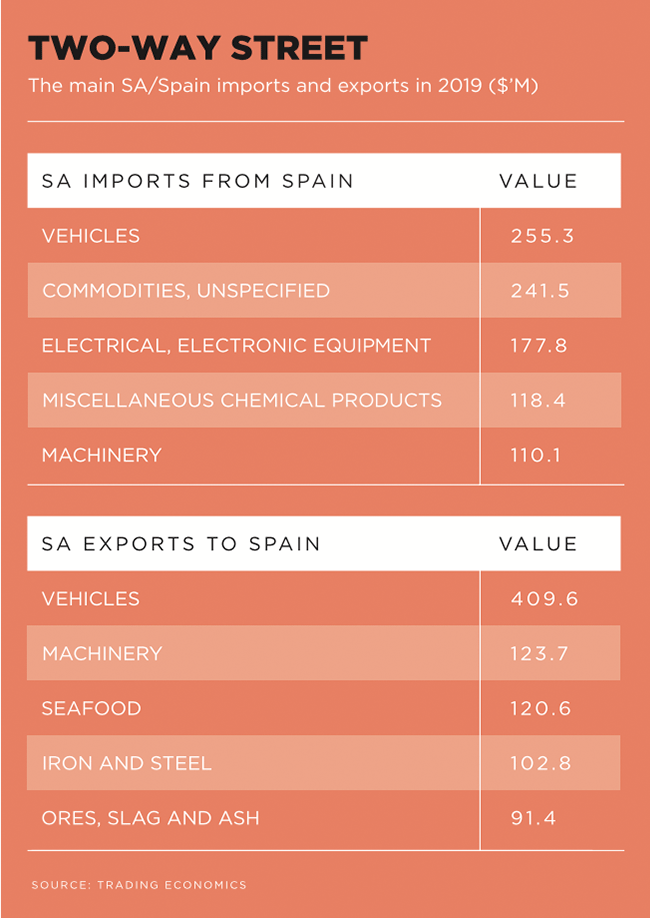 After examining sites across the country, the company settled on Atlantis, 40 km north of Cape Town’s CBD. The area had the correctly zoned and environmentally authorised land, and was well positioned with both the Cape Town and the Saldanha ports in close proximity, according to GRI South Africa plant manager Christiaan Botha. The investment was facilitated by the City of Cape Town’s Integrated Development Plan, which helps foster increased opportunities for economic participation through creating an enabling business environment.

The incentive scheme consists of financial measures including an electricity tariff subsidy and exemption from land-use application fees, as well as non-financial measures, such the city helping companies obtain quicker authorisation from the provincial department of environmental affairs and development planning. The R350 million investment from GRI was the first to be attracted through the incentive scheme and facilitated by the city’s enterprise and investment department.

GRI South Africa brought more than 200 job opportunities to Atlantis. ‘Within a year, we […] upped the number to 342 employees, of whom about 300 live in Atlantis,’ says Botha.

The company would invest in Cape Town again, he adds. ‘What impressed us most was the eagerness of officials to assist. We started negotiating the purchase of the land with the city in December, and over the Christmas period we made the offer to purchase,’ he says. In January, the council approved the purchase and by March GRI had access to the land. ‘The city of Cape Town, including the executive, understood the need to effectively and efficiently facilitate investment,’ he says.

It’s important to note that Spanish companies heavily invested in SA renewables are not only also active in their own country, but have also successfully expanded into other emerging markets. SA has in the past served as a springboard for foreign companies into the rest of the continent, and this was increasingly the case when the REIPPP stopped dead in its tracks. Foreign companies had to look beyond SA to countries such as Mozambique and Zambia, says Mbanjwa.

As for Spanish companies involved in the SA renewables sector, there’s a wealth of expertise that they bring to the table. They have worked in other developing markets and therefore have a better understanding of what is required to succeed in a market such as SA’s.

Having done transactions in their home country or other countries, they can procure equipment at better price points, since they are bigger and not one-time buyers. Spanish contractors use local labour, but bring their project managers with the expertise to the SA market, possibly giving them a competitive edge over their SA counterparts, given their experience. 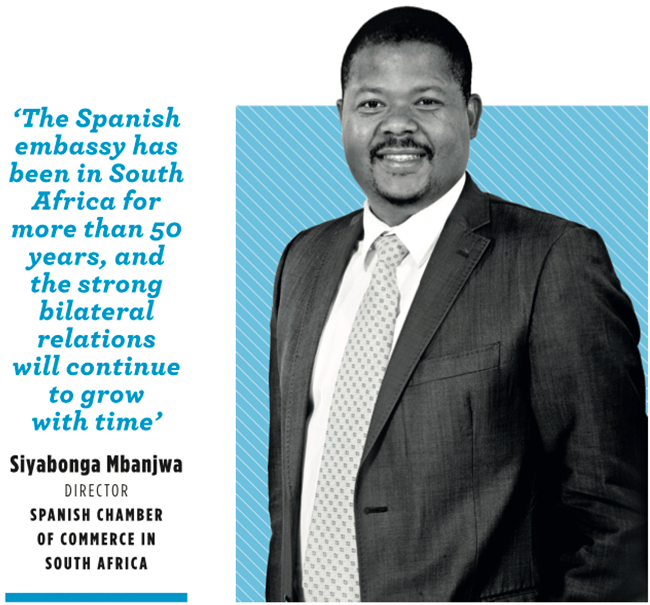 Statistics by Trading Economics show that in 2020 imports from Spain to SA amounted to $1.49 billion, while exports to Spain totalled $919.83 million.

As the then chairperson of the Spanish Chamber of Commerce (SCC) in SA, Jose Minguillon Forteza, says in the 2018 SCC Business directory, the chamber was established when the REIPPP was under way, but other companies have been active in the country for decades.

Columbus Stainless was founded in SA in 1966 and is today 70% owned by Acerinox from Spain. It says it is the only stainless steel mill in Africa. Products in austenitic, ferritic, utility and duplex grades are produced by its Mpumalanga plant and exported products are channelled through a network of agents and group sales outlets operating in Europe, the Americas, Middle East and Far East.

Other companies include Caixa Bank in financial services and ICT company Amadeus, which specialises in travel and tourism.

While travel and tourism statistics post-2020 remain moot due to the pandemic, numbers from 2018 and 2019 show that Spain, along with the UK, were the preferred long-haul destinations for South Africans, as per the 2018/19 SA Annual Tourism report. At the time of writing, Spanish borders remained closed to SA travellers.

In 2019, the Spanish government launched its Third Plan Africa, a long-term strategy that, based on the challenges and opportunities, guides Spain’s relations with the continent. It identifies SA as one of the three anchor nations for Spain’s foreign policy in Africa, together with Nigeria and Ethiopia, due to the stability and growth inside its borders, but also because of the potential in neighbouring countries.

As set out in the policy plan, Spain will continue to build relations with these three anchor countries in developing a broad strategic partnership and creating wealth and job creation within these markets.

‘Our presence in Africa is already significant, but we need to integrate and rearrange the different dimensions and our own external resources around a number of strategic objectives,’ the paper explains.

‘In short, the aim is to achieve a balanced relationship with our African partners based on trust, a political partnership based on common objectives, while obviously taking into account the situation of each specific country,’ it states. ‘This is also linked to the strengthening of Spain’s image in Africa, and vice versa.’