Insurtech is making our lives easier

Financial analysts don’t agree on much. Where some see gloomy bear markets, others see valuations-based investment opportunities. Where some try to sell you on the idea of mobile money, others insist cash is king. One thing they can all agree on is that South Africans are massively, dangerously, under-insured. A recent Association for Savings and Investments study found that when it comes to life and disability cover, SA’s insurance gap is as high as R34.7 trillion; and while the average family needs a life-cover payout of at least R1.6 million to maintain their standard of living should the breadwinner die, they have only about R600 000 cover in place. The short-term insurance picture isn’t much better. The Automobile Association, for example, estimates that 70% of the 11.4 million registered cars on our roads are uninsured.

Despite those numbers, SA has a relatively high insurance-penetration rate – at least when compared to its emerging-market counterparts. Speaking at the launch of RisCura’s latest Bright Africa research report, the company’s alternative investment services associate Gilbert Anyetei said that the country ‘measures up quite well and has the fourth-largest insurance industry in the emerging-markets group. The South African insurance market is supported by a sound regulatory environment, diversified multi-channel distribution and a high level of local competition’. According to RisCura’s research findings, SA’s insurance-penetration rate of 12.89% far exceeds the likes of China (4.2%), India (3.9%) and Brazil (3.9%).

As SA’s short-term and long-term insurance markets grow, they’re starting to reach those uninsured parts of the population – and they’re doing so by moving away from what personal finance editor Martin Hesse calls ‘the “take-it-or-leave-it” approach of the past’, and towards greater flexibility, closer alignment with consumer needs, and smarter use of digital technologies. It’s a fresh, digital approach that feels perfectly suited to the young market, meeting them exactly where they live: online and on their smartphones.

This digitalisation is being driven by an exciting group of innovative insurtech start-ups. Short-term insurance platform Naked, for example, claims to offer lower premiums by using AI chatbot and machine-learning technology. ‘We’re often asked why our quoted premiums are so low,’ it says. ‘A big part of the reason is the smart use of AI to cut costs and lower fraud.’

Looking past the PR bumf, there’s a lot to admire about Naked’s user experience, which is similar in feel to award-winning insurtech start-up Pineapple. Naked’s platform provides for insurance on individual items by letting customers upload a few photographs and a short item description to its mobile app, promising a quote within 90 seconds and cover within three minutes after the quote is accepted. Rose, the friendly chatbot, talks you through the process.

Then there’s SafeHomes, Genric’s insurance product for homeowners, which uses the internet of things (IoT) to connect home devices to its platform and provide savings on premiums through improved risk mitigation. Its geyser-management device, for example, includes a sensor that warns if the user’s geyser is starting to leak (a sign that it’s about to burst), and its water meters detect excessive water use (which could indicate leaks or burst pipes). 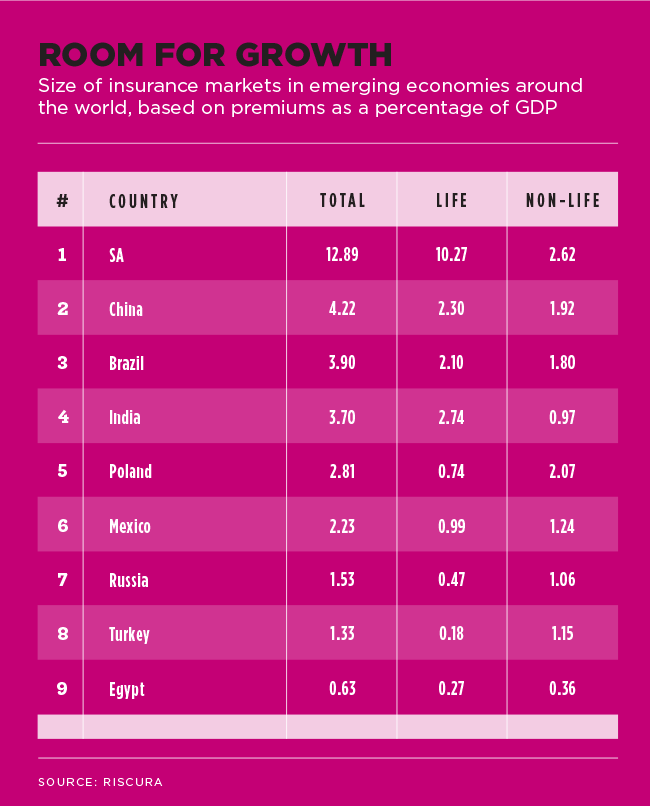 ‘Essentially, by linking the IoT to insurance, we’re empowering (consumers) to take greater control of their risk-mitigation measures, which has a material impact on the cost of their insurance,’ says COO Cornel Schoeman.

Being digital-first, online insurers are able to offer previously unheard of levels of flexibility. Genric’s insurtech product Solvency, for example, takes an approach that’s similar to medical-aid savings accounts, letting clients choose how much of their monthly car and household insurance they want to allocate to their insurance savings account (up to an average of 45%). That decision is guided by how much excess they want to pay in the event of a claim.

Digital technologies aren’t just making the insurance experience easier for consumers; AI, machine learning and big data are also opening up new possibilities at the back end for insurance providers. FNB’s award-winning FNB Life is one of those taking a data-led approach, using death data to proactively pay out claims to benefactors.

‘With so much data available from the Department of Home Affairs, organisations have the ability not only to simplify claims for customers, but also to proactively look for deaths that haven’t been claimed for and initiate claims on behalf of the beneficiaries,’ says FNB Life Insurance CEO Lee Bromfield. ‘We have now paid out more than R50 million in proactive claims and, as our process improves, we think within the next few months 20% of all our claims will be initiated by us and not our customers. If this data is readily available, why aren’t more companies doing this?’

Increasingly, they are. And increasingly, in a trend that mirrors other parts of the fintech industry, big banks and established insurers are either backing or buying insurtech start-ups. Naked, for one, has benefited from millions of rands from Hollard, while Pineapple and InvestSure are both underwritten by Compass Insure, and Old Mutual’s Old Mutual Risk Transfer (OMART) is pretty much a white-label version of Simply’s group cover product. This is pushing online insurance start-ups – which previously tended to focus on individuals – to expand into the business insurance space. Some, like Simply, are paying particular attention to SMEs. Brokers and group risk providers have traditionally avoided small enterprises, which offer small commissions and require laborious manual onboarding. To fill the gap, Simply offers a digital process that lets customers buy cover in minutes, with the company taking care of the back-end admin. 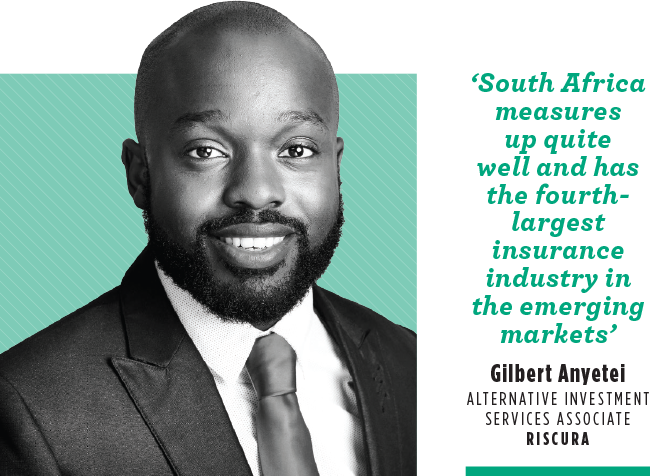 It found that uploading and managing employee information was a cause of huge frustration for SME owners, so to solve the problem it integrated its offering via application programming interface with cloud-based payroll-system provider PaySpace. ‘Payroll is the heart of every business and must be kept up to date for various statutory requirements, so it makes complete sense to be able to use an up-to-date source of employee information for insurance purposes,’ says PaySpace director Warren van Wyk.

‘SME owners don’t have time to do admin,’ adds Simply CEO Anthony Miller. ‘They need to focus on running their businesses. Lots of good employers don’t offer employee benefits because it’s just too much hassle. Payroll integration means they can buy cover in minutes and not worry about keeping their policies up to date – the only time they need to deal with us is at renewal or if there’s a claim. To me, this is what insurtech is all about – using tech to make customers’ lives easier.’

That notion of making life easier inspired Jonathan Walker to start online insurance company Granadilla, which is underwritten by Bryte Insurance. When Walker’s laptop and mobile phone were stolen, he found the insurance-claim process to be so cumbersome that he vowed to develop an app to make the experience easier. Granadilla now provides instant, app-based itemised insurance, powered by AI and machine learning.

In mid-2019, after a year of operation, 82% of Granadilla’s customers had one policy (coverage for just one item), while 12% had two. No client had more than seven. Walker says he expected that; what he didn’t expect was the age demographic of the client base. ‘We initially thought we’d attract a young, digital-first audience in their early twenties,’ he said. ‘However, our average customer is 32 years old, with the bulk of customers being between the ages of 28 and 43.’

So online insurance isn’t only a young person’s market. It’s reaching a vast swathe of a population that’s gone un- or under-insured until now. And it’s doing so by offering the kind of choice, flexibility and affordability that insurance firms haven’t traditionally been known for.