Many wealthy people in SA make use of trusts to provide for their investments and dependants. Trusts have also long offered an opportunity to enjoy favourable tax breaks – though recent changes to legislation mean that some trust types will see such breaks trimmed in future.

Also, developments in local and international tax regimes – not least of which include attempts by the Organisation for Economic Co-operation and Development (OECD) to gain greater oversight of cross-border money and asset movements, with the view of improved tax collection in member countries – are expected to further clip the wings of some trusts.

For the first time, banks in OECD countries (including SA) face legislation on how they must disclose information on account holders to their respective tax authorities. In SA, taxpayers with undisclosed assets in foreign countries have until 31 August 2017 to come forward to avoid being penalised in terms of the Special Voluntary Disclosure Programme (SVDP). Applicants need to disclose undeclared assets to both SARS and the SA Reserve Bank.

For instance, if the proposal in Section 3(3)(d) of the Estate Duty Act (which enables SARS to levy estate duty on assets that would not ordinarily be dutiable in the deceased person’s estate, on the basis that the person was ‘immediately prior to his death competent to dispose [thereof] for his own benefit or for the benefit of his estate’) is enacted, the estates of those owed money by trusts through interest-free or low-interest loans will pay estate duty on the assets in the trust when that person passes away. According to Van Gijsen, this proposal should be of considerable concern to those who use trusts for the purpose of estate pegging. 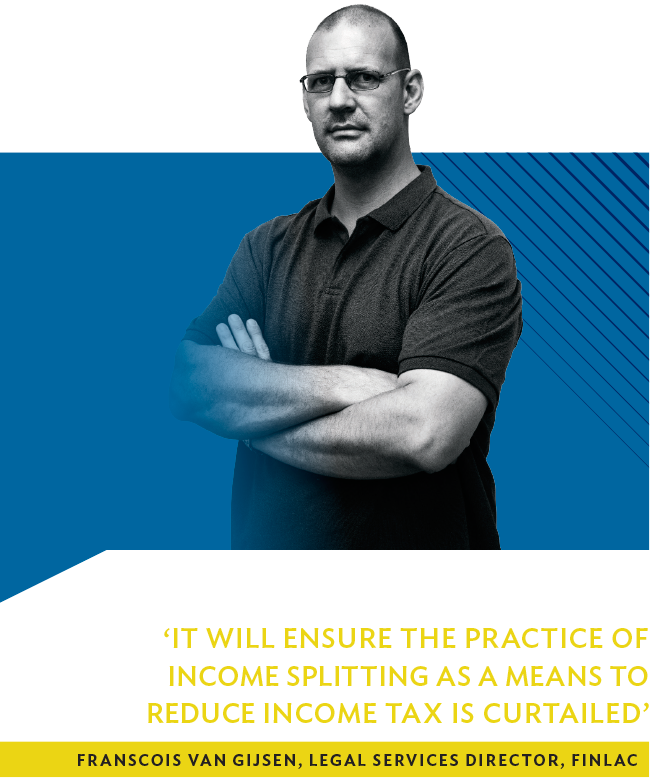 Regarding vested trusts, Van Gijsen says SARS began collecting the information needed to more effectively monitor estate duty payments in 2014, with the introduction of its modernised income tax return for trusts (ITR12T). Prior to this, the Master’s Office – responsible for levying in estate duties – would not have had access to the information SARS now has.

‘This means that with this information, SARS is now able to ensure that the provisions of the Income Tax Act are correctly applied, and [that] vested rights are caught in the estate duty net and subjected to estate duty. It remains to be seen, however, if National Treasury adopts the plan stipulating that only where a trust deed confers upon its beneficiaries an indisputable and irrevocable right to both the capital and income, should the income – both capital and revenue – be taxed in the hands of the beneficiary.

‘If this becomes law, conduit provisions will not be available to discretionary inter vivos trusts. It will ensure that the practice of income splitting as a means to reduce income tax is curtailed.’

However, Ernest Mazansky, head of tax practice at Werksmans Attorneys, says that even though 2016’s Taxation Laws Amendment Bill (which deals with tax on trusts) is in all likelihood fast becoming law after having been passed by the National Assembly in late November, he does not expect that it will dramatically change the status quo.

‘People are not going to suddenly stop making use of trusts. At the end of the day, it boils down to an additional cost that is already being factored in. Also, the new law doesn’t apply to all trusts – only trusts that benefit from interest-free loans from a natural person or loans with a very low interest rate. The trusts also have the option of repaying such loans at a quicker pace in order to escape or minimise any impact from the legislation.’

He points out that the benefits of trusts go beyond that of reducing one’s tax bill, saying that despite trusts potentially being complicated and burdensome from an administrative point of view (as well as being subject to accounting and legal requirements), he nevertheless expects them to remain popular vehicles to secure long-term asset protection and investment growth. Further, trusts offer confidentiality, he says.

Mark Preiss, counsel at Baker McKenzie’s tax practice group, refers to the new Section 7C of the Income Tax Act (1962), saying that typically, taxpayers dispose of their assets to a trust in exchange for an interest-free or low-interest loan – a practice that can potentially give rise to donations tax under the new tax dispensation.

‘The effect of Section 7C is that in relation to each tax year, the difference between the actual interest accruing on the loan to the trust and the interest that would have accrued had the official rate of interest [currently 8%] applied is deemed to be a donation, giving rise to donations tax at the rate of 20% for the taxpayer,’ he says. 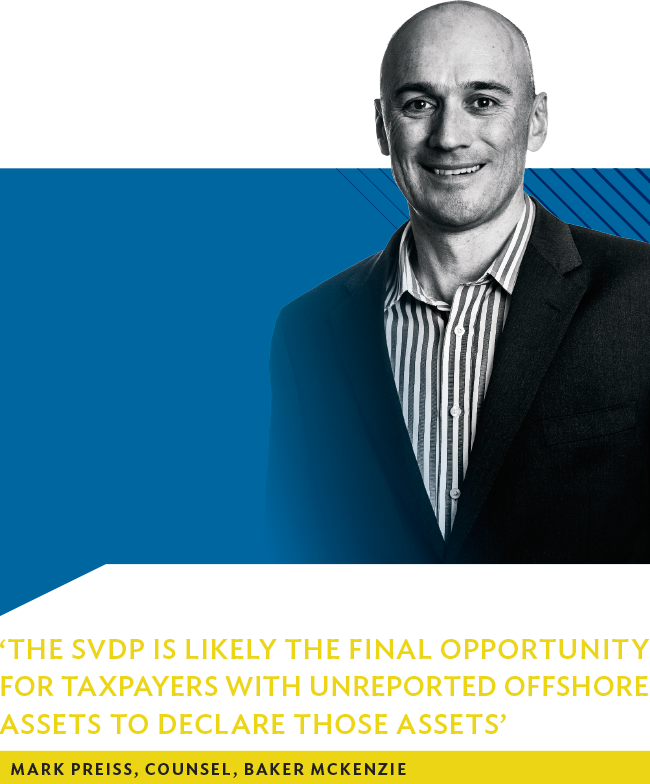 Preiss says the new legislation does not apply to trusts that are not tax-resident in SA, and loans to these trusts will continue to be regulated by existing transfer pricing rules.

However, it’s not only certain trusts that are facing challenges – tax advisors have their own headaches regarding discretionary foreign trusts and clients seeking advice on disclosure of undeclared assets.

‘For example, where a foreign discretionary trust has beneficiaries in South Africa, Australia and Canada, the trustees will have difficulty in allowing a South African beneficiary to deem the trust assets to be his/hers to the exclusion and detriment of the other beneficiaries.’

Preiss says the issue of advisors having to report their clients to the Financial Intelligence Centre (FIC) has largely been resolved since the centre issued a communication clarifying that, in most cases, advisors will not be required to report their clients’ financial transgressions. If clients wish to disclose undeclared assets in terms of the SVDP, it would not be necessary for an advisor to report transgressions.

‘The SVDP is likely the final opportunity for taxpayers with unreported offshore assets to declare those assets to SARS and the SA Reserve Bank. Prospective clients were initially hesitant to come forward for fear of having their financial transgressions reported to the FIC by their advisors, potentially resulting in the institution of criminal proceedings.’

Preiss adds that disposing of assets to a trust has always carried a significant risk of exposure to capital gains tax. Accordingly, it’s always been the case that the trust structure is more feasible for those who dispose of their assets to a trust before they accumulate significant wealth, and thereafter continue to accumulate wealth. ‘Trusts should remain feasible for these taxpayers because the value of the loan will naturally be limited to the value of the assets at the time of the disposal to the trust, and the amount of the interest or deemed donation will likewise be limited, resulting in limited adverse tax consequences for the taxpayer.’

As opposed to this, trust structures have always been less feasible for taxpayers who fail to plan proactively since the value of the assets has normally increased significantly, thereby triggering often unjustifiable capital gains tax consequences when the assets are disposed of to the trust.

‘The world is becoming increasingly small, and to not declare offshore assets this time around would be unwise.’