The 2015 edition of SAICA’S Top-35-under-35 competition drew hundreds of high-quality entrants and nominations of CAs(SA) under 35. The judges were then faced with the difficult task of evaluating each entry and selecting a group of finalists last August. And from this group, emerged a winner of the academia category as well as an overall competition winner.

ACADEMIA CATEGORY WINNER: Francis Kwahene
Describing himself as friendly and funny (though he feels his friends would really be a better judge of that), Francis Kwahene, head of the accounting department at Walter Sisulu University (WSU), is driven and goal oriented.

His entire career is traced with hours of tutoring students – even being rated as one of UCT’s top tutors for two consecutive years. This speaks volumes of Kwahene’s passion. ‘They call it the “light-bulb moment”. That moment when you see that the penny has dropped. That moment when the students show an understanding of the concepts and the big picture,’ says Kwahene.

With many evenings and weekends devoted to tutoring students, it’s clear why the WSU re-accreditation steering committee felt that he was the perfect person to drive the SAICA re-accreditation initiative after losing it many years ago.

Thrust in right at the deep end immediately after completing his articles – at the age of 25 – Kwahene was appointed head of the accounting department at WSU.

With an enormous amount of passion but limited experience, he determinedly began the drive towards SAICA re-accreditation. The department was disjointed and he was faced with many challenges, including staffing and quality concerns, and student progression issues – to name a few. It was clear to Kwahene that a complete overhaul was needed.

‘I remember the initial encounters when I relocated to Mthatha in 2012. My advances were unexpectedly met with a brick wall. “These people are wiser and more mature than I am, why can’t they see that there is a better way to do this,” I asked myself. How can I persuade them to embrace change?’ And how to persuade them is where the challenge lay. Kwahene says: ‘It took me a couple of months to realise that I had failed to let my actions do the talking. They had heard it all before. I was using my words to explain why a certain approach would yield better results as opposed to letting the results and my actions speak, and in doing so provide no other logical alternative than to embrace reform. 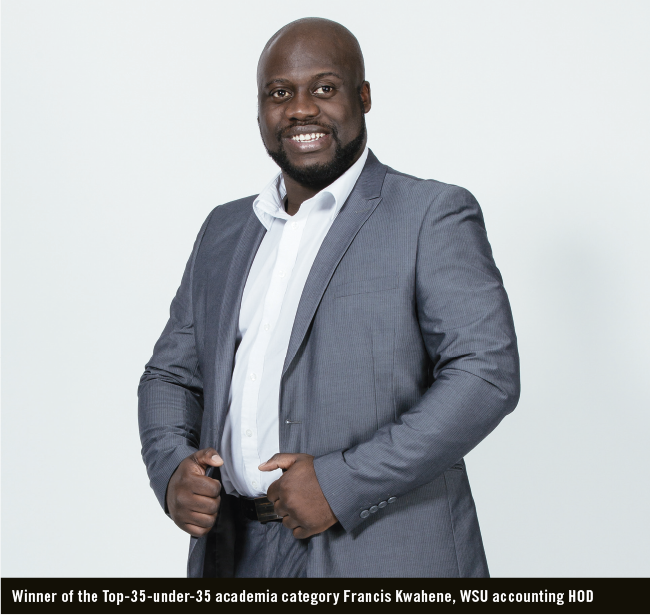 ‘When I started working at WSU, it was a huge challenge to get complete buy-in from the staff members I inherited, the service departments that serviced my department and the entire university community. There were many changes that needed to be made for the programme to stand a chance of success. A huge part of 2012 was spent in negotiations with HODs from other departments, the heads of facilities, residence wardens, catering staff, etc.’

Since his appointment as HOD in 2012, the SAICA re-accreditation programme has attracted an average of about 120 students while maintaining a 90% aggregate across all three levels since its commencement.

Kwahene is said to be an exceptional leader, guiding his subordinates and the department to new heights, especially in the SAICA re-accreditation drive. Improving the quality of the Bachelor of Accounting Science qualification has already had profound effects on the greater Transkei area. The calibre of graduates that are being sent out is improving, thus enhancing their employability and likelihood of success.

His short-term goal is to regain and maintain the SAICA accreditation of WSU’s Bachelor of Accounting Science degree and establish a CTA programme accredited by SAICA at WSU. Kwahene ultimately wants to regain and possibly transcend WSU’s past glory to make it the university of choice for students from previously disadvantaged backgrounds.

OVERALL WINNER: Bronwyn Corbett
The 2015 Top 35-under-35 winner Bronwyn Corbett, COO and CFO at Delta Property Fund, has dreamed big, achieved big, and dreams of achieving even bigger. Only six years ago Corbett and her partner acquired their first asset. Owing to market conditions, they listed their portfolio of 20 properties at a sum of R2.6 billion in November 2012.

In just more than a year, it grew to greater than R9 billion with an astounding 101 properties represented in every province throughout SA. Last year, they went on to successfully list a second fund – Delta International – with a fund size of $226 million and a focus on African real estate beyond SA borders. 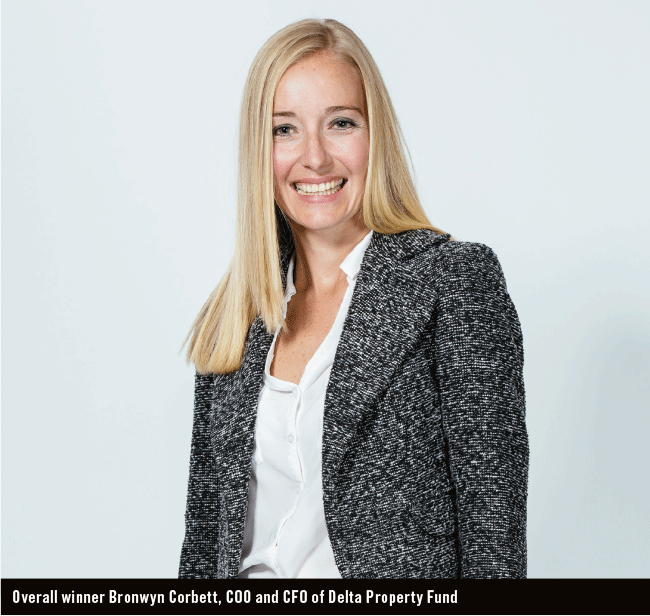 Call for 2016 Top-35-under-35 entrants
SAICA is inviting all outstanding and extraordinary young businessmen and women to enter this year’s Top-35-under-35 competition. This initiative recognises and rewards young CAs(SA) who are trailblazers and leaders in their own right.

If you are – or know of – someone who has the characteristics of a Top-35-under-35 winner, be sure to enter or nominate on or before 30 May 2016. To qualify for this prestigious award, candidates have to meet the following criteria:

There are three categories for individuals to enter: entrepreneur, corporate, and academia/practice and the competition will be run in various stages:

For details, visit the Accountancy SA website at accountancysa.org.za/?top35