Burberry’s advertising campaign for the Chinese New Year was meant to symbolise ‘togetherness’ in a stylish family portrait, but Chinese consumers found the stern facial expressions ‘creepy’ and ‘weird’. Some complained on social media that the tone-deaf photo series was reminiscent of a horror film rather than a joyful cultural celebration. That was in early 2019, shortly after Italian fashion house Dolce & Gabbana had to cancel a runway show in Shanghai because its advertising campaign caused offence. In it, an Asian model struggles to eat spaghetti, pizza and cannelloni with chopsticks. (Further outrage followed after Stefano Gabbana’s alleged racist comments about the adverse public reaction were leaked online.)

More recently, Versace apologised to the Chinese public for a political faux-pas when its T-shirt designs featured Hong Kong and Macau as independent territories.

In an age of hyperconnectedness and globalisation, cultural mishaps such as those experienced by the three Western luxury brands pose a material risk for multinational organisations operating across geographical and cultural borders. Again and again, companies slip up badly because they don’t understand the cultural intricacies of their target market. This can lead not only to bruised sensitivities among the very consumers they want to win over, but also to serious financial and reputational damage. In some cases, the brands are boycotted, their celebrity brand ambassadors pull out and there’s religious or political discontent (as Versace realised when their design inadvertently supported Hong Kong’s struggle for autonomy against China).

Often the cultural misunderstanding is comical, such as when direct translations backfire. One such example was when Clairol introduced a curling iron called ‘Mist Stick’ to the German market, where the similar sounding ‘miststück’ is a swearword (‘mist’ meaning ‘manure’; the compound word meaning ‘bastard’ or ‘bitch’). Or when the American Dairy Association’s slogan ‘Got Milk?’ was translated as ‘Are You Lactating?’ in Mexico. Or Coca-Cola translating ‘Greetings, mate’ in New Zealand as ‘Kia Ora, mate’, without realising that ‘mate’ means ‘death’ in Te Reo, the Māori language.

‘There are many marketing clangers that have provided much merriment to marketing classes, which could most certainly have been avoided if a chief cultural officer had been involved,’ says Owen Skae, director of Rhodes Business School. The question is whether multinationals should introduce the position of ‘chief cultural officer’ (CCO) to the C-suite in order to ensure top-down cultural alignment across diverse geographical markets – not only from a marketing and branding perspective but also in terms of human resources, product development, risk management and sustainability. 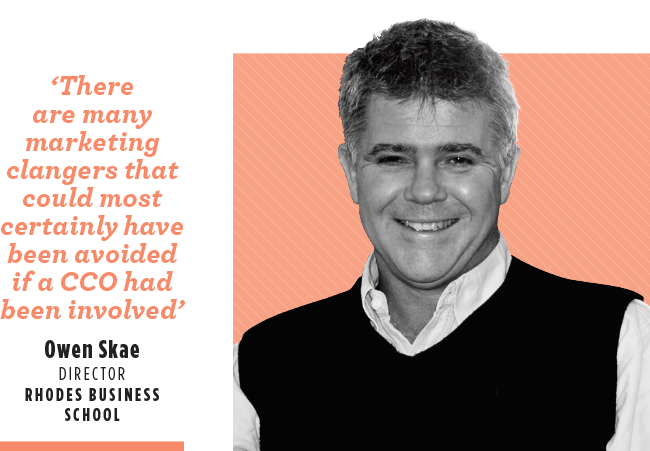 The problem often lies in a fundamental misunderstanding of local market conditions and nuances, which hampers the successful expansion or product roll-out. For instance, Kellogg’s launch of Corn Flakes in India was reportedly a flop because it wasn’t customary to eat cold breakfast, and the cereal becomes soggy when prepared with hot milk.

Another example of a Western company trying to crack the Indian market was Gillette, which unsuccessfully tried to sell its more costly triple-bladed Mach3 razors to Indian consumers. According to a marketing case study, the issues included local attitudes towards shaving (it wasn’t considered important enough to warrant the cost of expensive blades), local customs and water availability (such as rural men shaving with a cup of water while sitting on the floor, rather than standing over a sink with taps). Gillette eventually introduced a marketing strategy that changed local attitudes (which included a platform called ‘India Votes: To Shave or Not’, the ‘Women Against Lazy Stubble’ movement and engaging Bollywood actors for support). This was combined with a new product development process to launch a razor specifically for the Indian market, which was successful.

‘Culture is an incredibly broad topic with many layers and it’s important to first understand what is meant by culture as a topic before trying to address it,’ says Jackie Launder, MD at Mindcor Executive Search. ‘A simplified view of culture is that it is […] underpinning values and belief systems within an environment. There is also the discussion of leadership versus culture and Afrocentric versus Eurocentric approaches.’

Steve Marshall, faculty member at Ashridge Executive Education, Hult International Business School, explains the European perspective. ‘We in the privileged “North” have maintained a colonialist agenda for the last few hundred years; if the foreigners don’t understand or agree, we just shout louder. This is seen in our own “culture” in a more general way in that we treat strangers with suspicion; assuming difference rather than connection. In academia, we refer to the concept of “epistemic injustice”. Very simplified, this means that we are unable to recognise various injustices because the words, explanations, concepts don’t exist – or we are blind to them.’

Speaking from his base in the UK, he adds: ‘So, turning to business, if a powerful organisation doesn’t adjust its way of working, thinking and being in a different culture, its economic power will – unethically – disrespect all those that are subject to it. This has worked for many years but, as economic power is shifting as the world connects differently, not only is this becoming less viable but I think organisations miss real talent and opportunity by simply being blind to the prospect.’

Cultural sensitivity extends across many dimensions, whether it is anticipating customer trends, lifestyles, diversity and equity considerations in a world that is more tolerant in some respects but also more anti-establishment and insular on the other, according to Skae. ‘One of the most shocking recent examples of gross insensitivity was Trustco’s advertisement for women non-executive directors,’ he said, referring to an awkward pun used by the JSE-listed Namibian company to find a ‘broadmember’ (‘broad’ as in the slang term for ‘woman’). To make matters worse, the advert also mocked transgender celebrity Caitlyn Jenner. 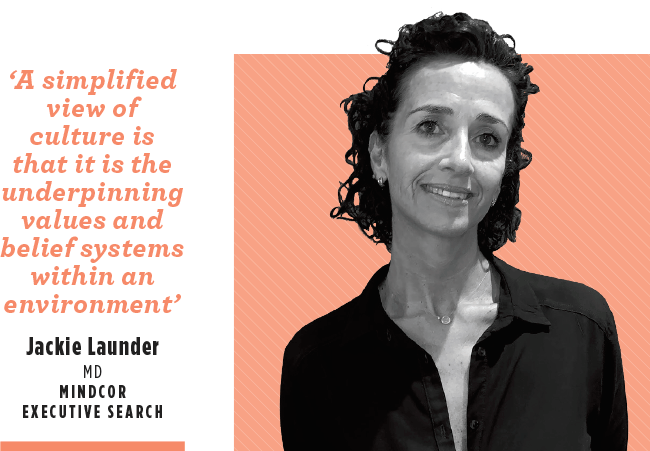 Cultural intelligence – having a cultural quotient (CQ) similar to the concept of emotional intelligence (EQ) – is becoming an increasingly important skill for the 4IR future. Skae quotes a Harvard Business Review article that defines CQ as ‘an outsider’s seemingly natural ability to interpret someone’s unfamiliar and ambiguous gestures the way that person’s compatriots would’.

He adds: ‘I particularly like the example of the American and the two German engineers, where they conclude: “An expatriate manager who was merely emotionally intelligent would probably have empathised with the team members whose ideas were being criticised, modulated his or her spontaneous reaction to the engineers’ conduct, and proposed a new style of discussion that preserved candour but spared feelings, if indeed anyone’s feelings had been hurt. But without being able to tell how much of the engineers’ behaviour was idiosyncratic and how much was culturally determined, he or she would not have known how to influence their actions or how easy it would be to do that”.’

Skae cites the notion, ‘culture eats strategy for breakfast’, borrowed from management guru Peter Drucker by former Ford CEO Mark Fields. While some people say this idea is not new, others make a compelling case for the C-suite role of CCO, adds Skae. ‘After all, cultural sensitivity extends across many dimensions, whether it’s anticipating customer trends, lifestyles, diversity and equity considerations in a world that is more tolerant in some respects but also more anti-establishment and insular on the other.’

Launder agrees that cultural alignment is vital, but argues that current organisational trends go towards a ‘flattening of structures’ and building in-house capabilities to address market needs while combining executive roles that may have more than one portfolio or area of specialisation.

‘To introduce a new exec role of CCO would not meet this requirement of improved access, decision-making, efficiencies and effective-ness,’ she says.

‘The culture immersion responsibilities, due to their strategic and human capital nature, are typically supported and driven by HR and the relevant functional area when venturing into new geographies. At times this also includes marketing, brand and strategy functions as well as BPO [business process outsourcing]. Therefore, many multinational organisations already have this role within the environment.’

The consensus seems to be that yes, companies must become more culturally intelligent (externally as well as internally), but this doesn’t necessarily need to be organised through a newly created CCO role. It can be a shared function across departments. The key, according to Launder, is to ensure ‘a proactive and targeted approach as opposed to ad hoc, as organisations are starting to grasp that culture truly does trump strategy’.

Ultimately, cultural clangers such as those by Burberry, Dolce & Gabbana and Versace should become a thing of the past, as multinationals begin to tread more lightly to avoid offending the very markets they want to win over.