In March 2022 an anonymous buyer in the UAE bought Nelson Mandela’s arrest warrant for ZAR1.9 million. Not the actual arrest warrant, mind you (although the buyer has exclusive rights to view the original whenever they want to). No, what they bought was a high-resolution scan of the document, which was sold at auction by the historically significant (and heavily indebted) Liliesleaf Farm and Museum in Sandton.

Liliesleaf isn’t alone in cashing in on the NFT craze. In 2021 Zoë Roth – cold-eyed face of the Disaster Girl meme – sold an NFT of the photograph that made her internet-famous as a four-year-old in 2005. The sale earned her the tidy sum of 180 ether (around R7 million).

After reading those opening paragraphs, you’d be forgiven for thinking that NFTs are a market-shattering new asset class, or at least a GIF-formatted ticket to untold riches. And they are… But they also aren’t. NFTs are non-fungible, which means they are unique and cannot be replaced with something else. A digital cryptocurrency such as ether or bitcoin is fungible – trade one ether for another ether, and you’ll have… one ether. An NFT, meanwhile, is one-of-a-kind. After all, there is only one original Disaster Girl photo.

At this point you’ll need to put your cynicism aside for a moment. There are, of course, millions of digital copies of the Disaster Girl photograph, which you can download off the internet whenever you like. The value of NFTs, then, is in the exclusivity of ownership – or, to put it another way, the bragging rights. That ownership is recorded on the blockchain, signalling the owner as the one and only owner of the work. 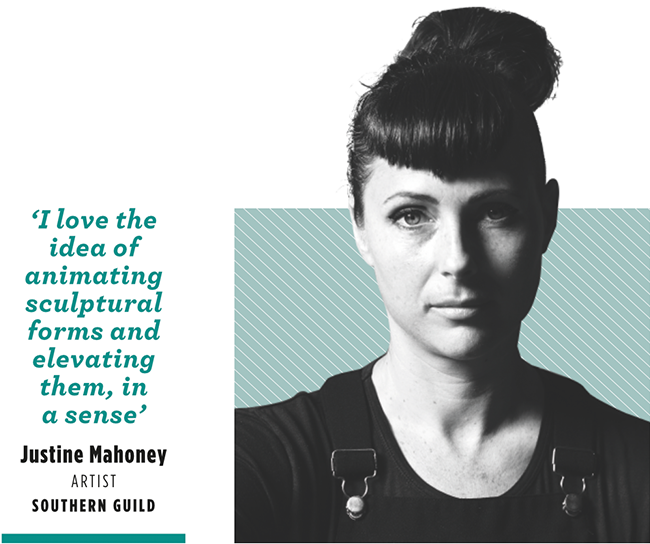 Take the Bored Ape Yacht Club, for example. Bored Ape is an NFT collection, built on the Ethereum blockchain, which features profile portraits of cartoon apes generated by an algorithm. Owners of a Bored Ape NFT have exclusive access to a private online club and full intellectual property rights for the image. And yes, that sounds incredibly stupid, but consider this – sales of Bored Ape NFTs have already totalled well in excess of $1 billion. In fact, the highest bid at the Liliesleaf auction was not for Nelson Mandela’s arrest warrant; it was for a Bored Ape token titled Hugh Apener, which sold for ZAR4.2 million.

It’s easy to be dismissive of NFTs with their meme-culture disposability. Yet there’s money being made here – and the art world is making a lot of it. Venerable auction house Christie’s sold $150 million of NFTs in 2021, with CEO Guillaume Cerutti saying that 75% of buyers in the category were new to the business. ‘[NFTs] have allowed us to showcase works by new emerging and under-represented artists, and to reach out to a new audience of younger clients,’ he says.

In March 2021, Christie’s made headlines by selling an NFT of a digital piece by the artist Beeple for more than $69 million, making it the most expensive digital artwork ever, and Christie’s first sale of non-physical art.

In Cape Town, Worldart gallery owner and curator Charl Bezuidenhout was watching with interest. ‘I read about the Christie’s auction and thought it looked really interesting,’ he says. Excited by the technology (and, he is happy to admit, by the marketing opportunity), Bezuidenhout took an NFT artwork by Norman O’Flynn, titled Da Bomb, to auction. ‘I thought, let’s try,’ he says. ‘It was an opportunity, and the obvious thing was to go for it.’

The piece sold – both as an animated GIF and as a physical, 150 cm x 100 cm plexiglass painting – for 1.491 ether (about R60 000). It was the first SA artwork sold by a local gallery as an NFT. And Bezuidenhout couldn’t have been happier. 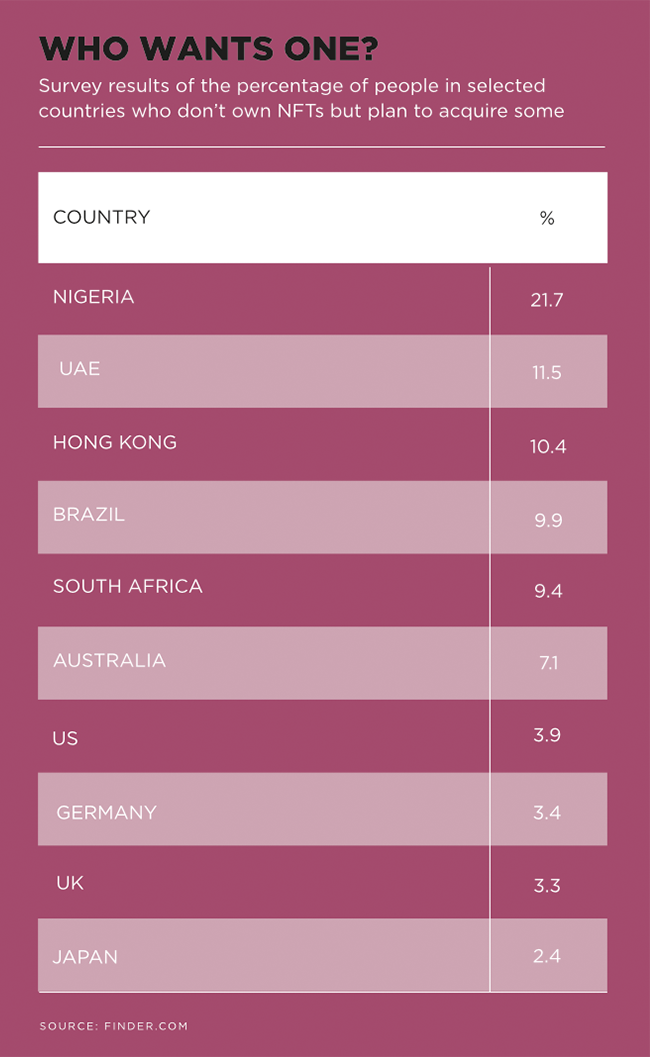 There’s a benefit for the artist too – every time the piece is re-sold, O’Flynn will receive a 10% royalty fee. Those payments are guaranteed, as all sale information is stored online and protected with blockchain coding, which provides the mechanism for the NFT to be digitally authenticated by attaching a permanent signature and established provenance to it.

For land artists like Strijdom van der Merwe – who creates temporary pieces out of sand, water, wood, rock and stone – NFTs are a unique opportunity to make money out of their art. ‘He’s generating NFTs of land-art installations, which he’s doing once a week for 52 weeks in a series called the 52 Collection,’ says Bezuidenhout. ‘Traditionally it’s very difficult for land artists to monetise their work, but this is an example of how NFT technology is allowing a land artist like him to make money.’

In February 2022, Southern Guild artist Justine Mahoney unveiled a sculpture at the Investec Cape Town Art Fair. The piece, titled Mélusine, after the mythological water spirit, was presented both as a physical bronze work and as a digital composite NFT. ‘Making an NFT with my gallery was an experiment,’ says Mahoney. ‘This format is relatively new and I’m open to exploring its possibilities, just to see where it could go. There is a playful element in this choice, and I am always drawn to things that are playful in nature.’

In creating the NFT, Mahoney used the 2D design skills she had learnt in college, developing the work in a way that brought it into the digital space. ‘It actually felt like a very organic progression,’ she says. ‘We also felt the story of Mèlusine could be enhanced through this medium in many ways, too. I love the idea of animating sculptural forms and elevating them, in a sense.’

She’s open to the possibilities presented by the digital medium, and by the NFT format. ‘One never knows the direction something is going to take. But for now, I believe the newness is an attraction. For the art world it may be exciting to explore the holographic potential of the medium,’ she says.

‘I’m surprised that other galleries have been so slow on the uptake,’ says Bezuidenhout. ‘For me, it’s the most obvious thing. You have to explore the opportunity. When I started in this game about 20 years ago, most galleries didn’t even have websites. Back then people said, “it takes five minutes to download a 100 KB image – it’ll never work…”, but look where we are today. And art is just a small part of this technology. NFTs will become a lot bigger in the future.’

Consultancy Gartner certainly thinks so. NFTs joined the Gartner Hype Cycle for Emerging Technologies 2021, which high lights the 25 breakthrough technologies expected to have the most significant effect on business and society over the next two to 10 years. Already, though, Gartner has NFTs placed at the ‘peak of inflated expectations’ on its hype cycle. Anybody who’s familiar with the model will know what comes next: the dreaded ‘trough of disillusionment’.

Some early adopters are already there, while others remain upbeat about the technology’s potential. Speaking on a recent McKinsey & Co podcast, futurist Cathy Hackl described how she had bought a membership to a private NFT restaurant set to open in 2023.

‘Only NFT holders can make a reservation there,’ she said. ‘I’m making a bet that buying this membership in this restaurant where eventually I can host business meetings or have special celebrations is going to be worth more than what I paid for the NFTs on which it’s being created. I think we’re testing a lot of assumptions right now. And some of those will prove to be correct.’ 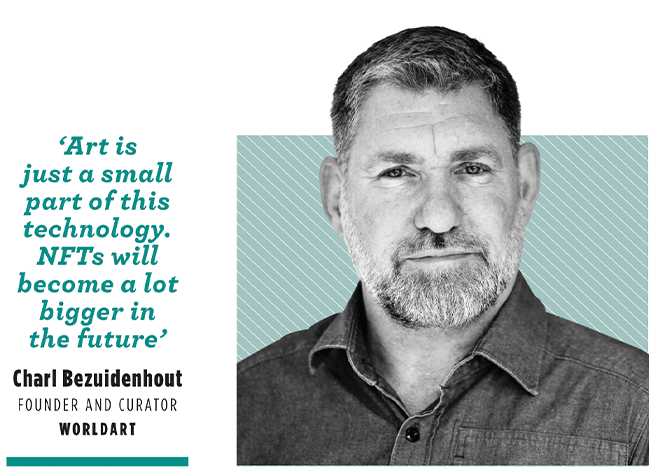 Or not. In the UK, 17 of the 20 English Premier League football clubs have signed deals with ‘fan token’ companies. Under these deals, according to the Daily Mail, ‘clubs now sell digital, tradable club-specific tokens that allow the holders to vote on minor club matters, such as the colour of the manager’s scarf’. A spokesperson for the Football Supporters Association told the paper that NFT partnerships such as those are ‘either trying to monetise trivial matters that could easily be solved with online polls of season ticket holders, or inserting financial barriers into genuine supporter engagement. Neither is a good look’.

‘There is a technological revolution going on in the world right now and it is something that as a club we want to be a leader on in football,’ according to club chairman Alan Pace. ‘This partnership with YellowHeart is our first step in introducing NFTs and blockchain to the club, and I believe both technologies will drive huge efficiency in ticketing but also take fans’ connectivity with the club to a whole new level.’

Look past the scarves and the silliness, and the broader opportunities around NFTs slowly start to reveal themselves. It’s the new possibilities around event ticketing. It’s the exclusive club membership. It’s the permanent ownership of impermanent artworks. Or it’s just the hype itself, and the prospects that come from that.

‘At this stage, I’m not doing this to make money out of it,’ says Bezuidenhout. ‘For now, it’s more about becoming familiar with the environment, and understanding where the opportunities are. Most importantly, as a gallery owner, this is a great vehicle to generate publicity for your artists.

‘With Norman O’Flynn’s piece, it exposed us to a whole new audience of people who weren’t necessarily comfortable in the fine-arts environment. So when I think about NFTs at this point, I’m thinking about how I can do my job as an art dealer by generating as much publicity as possible for the artists I work with.’

And at this stage of the hype cycle, that’s where the real value of NFTs lies. It’s not about the cartoon ape GIFs; it’s about what’s possible.