You know an industry is exper­­iencing a boom when companies are pushing for a 68-hour work week. South Korea’s national government recently revised its labour law, mandating companies with 300 or more employees to cut the maximum work week to 52 hours… The big biopharma firms were not happy, arguing that the industry’s R&D and production demands often require workers to operate on an irregular timetable, and requested the same ‘special industries’ exemptions as the country’s transport and healthcare service sectors.

Another indication of the biotechnology industry’s excellent health came in August 2017, when the US Food and Drug Administration (FDA)made the first gene therapy available in the States. Kymriah (tisagenlecleucel), a genetically modified autologous T-cell immunotherapy, was approved for paediatric and young adult patients with a form of acute lymphoblastic leukaemia.
‘We’re entering a new frontier in medical innovation with the ability to reprogramme a patient’s own cells to attack a deadly cancer,’ Scott Gottlieb, FDA commissioner, said at the time. ‘New technologies such as gene and cell therapies hold the potential to transform medicine and create an inflection point in our ability to treat and even cure many intractable illnesses.’ It is believed that about 80% of rare diseases are of genetic origin, so it is conceivable that gene therapy could play a vital role in the healthcare market of the future.

Defined by the US Convention on Biological Diversity as ‘any technological application that uses biological systems, living organisms, or derivatives thereof, to make or modify products or processes for specific use’, the industry’s focus tends to be on genetically modified foods, and on healthcare biopharmaceuticals. According to Deloitte’s 2018 Global Life Sciences Outlook, worldwide spend on pharmaceutical and biotech R&D is forecast to grow 2.4% per year to 2022, reaching $181 billion.
‘Significant innovation is coming from small niche companies focused on discovering new drugs,’ the report states, noting that fewer than a quarter of drugs discovered are brought to market by the big pharmaceutical companies. Pharma, it notes, ‘is likely to be disrupted by no longer owning parts of the value chain, and reconfigured value chains will likely give rise to new business models’.

The bottom line? There’s opportunity in this space – and not just for the big global players. What’s more, the report found that the traditional biopharma business model is being disrupted by biopharma companies bringing potentially curative treatments to market.
‘Advances in new gene and cell therapies are paving the way for a paradigm shift,’ the report states. ‘From managing a disease to curing it.’

In SA, a 2007 government audit of the biotech sector identified 80 companies that used biotechnology, with just half of those describing it as core to their business. Their combined total annual turnover was, according to the audit, around R750 million. Just more a decade later, the country boasts the largest pharmaceutical market in sub-Saharan Africa, with a projected value of $7 billion by 2020, based on a rapid CAGR of 7.4% since 2014. 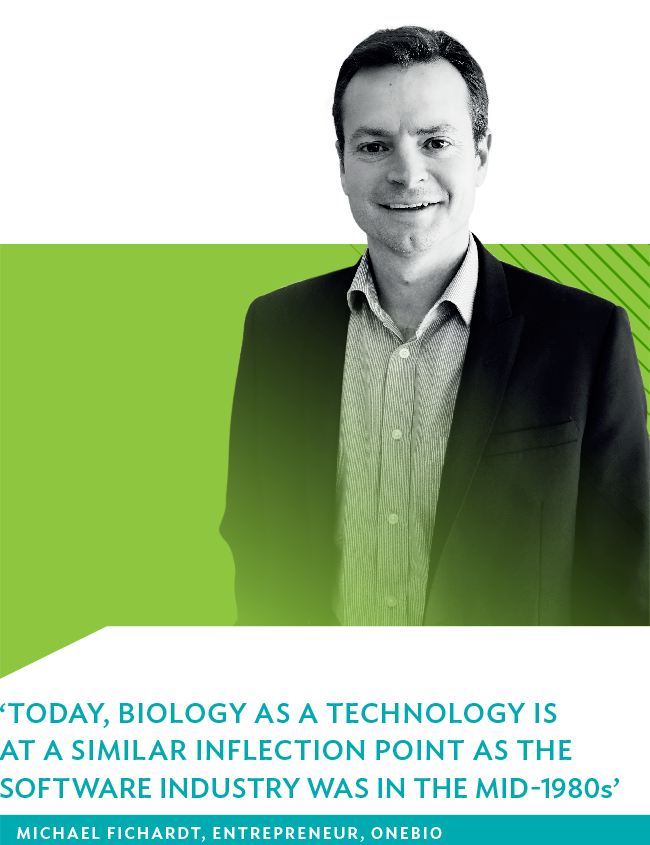 Speaking ahead of September’s inaugural CPhI Middle East & Africa pharma event in Abu Dhabi, Claudia Palme, MD of management consultancy 55east, said that ‘in general terms where growth is measured by percentage each year’, the growth of the industry in sub-Saharan Africa is unmatched.
‘South Africa has developed rapidly over the last two decades and population growth has soared,’ she added. ‘The time to move into this high-growth market is now in order to establish and position to reap the benefits, in absolute value terms, in five to 10 years’ time.’

Cara Turner, pharma brand manager at event organiser UBM, says South Africa faces ‘a number of unique health and medical challenges’. But, she adds, ‘growing affluence and the wider adoption of westernised lifestyles is compounding the problems and bringing a rise in cases of obesity, diabetes and cardiovascular disease. This has resulted in increased demand for chronic prescription drugs. While the country has made several commitments to preventative medicine a range of new drugs and therapies will be required to combat the effects of these diseases in the interim’.

That market growth presents an attractive market for biotech firms, and it comes at a time when the broader SA public appears to be changing its perception of biotech products. A 2016 report published by the Human Sciences Research Council described the SA public as ‘less informed, but more positive’ about biotechnology, and specifically GM food – the focus of most international studies. ‘South Africans are more than twice as likely as Europeans to believe that GM food is safe to eat, and are also significantly more likely to see GM foods as good for the economy (53% compared to 31%),’ the report found.

Its review of changes in public perceptions of biotechnology between 2004 and 2015 showed that familiarity with the term ‘biotechnology’ more than doubled during that period, from 21% of the population to 53%. Public awareness that GM foods form a part of their diet more than tripled, from 13% to 48%.

While the biotech industry is mostly centred in the US, SA has – slowly but surely – been working on growing the sector locally for some time now. The government published a national biotechnology strategy in 2007, together with a 10-year innovation plan setting targets for government. Then in June 2009, then Science and Technology Minister Naledi Pandor said that the country had long recognised the importance of a successful biotechnology industry, adding that many structures had been established to enhance research and innovation.
‘This is a sector that we have to build and grow,’ Pandor told the National Biotechnology Workshop in Pretoria. ‘We want to make South Africa one of the top 10 nations in the world in terms of the pharmaceutical, nutraceutical, flavour, fragrance and bio-pesticide industries by 2018.’ 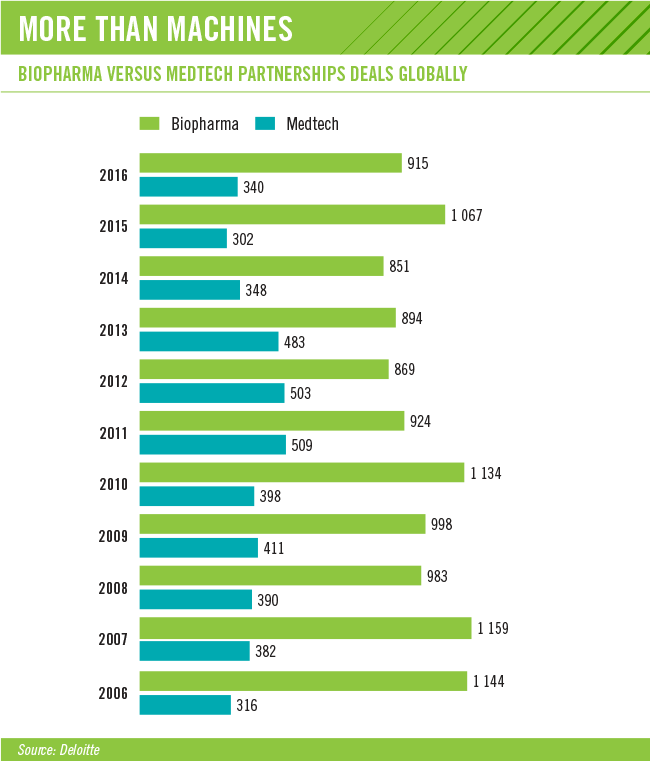 In early 2014, Pandor’s successor, Derek Hanekom, launched SA’s bio-economy strategy, which aimed to develop the sector into a significant contributor to the national economy by 2050. ‘We are confident that the strategy we are launching today will address the full value chain, going beyond the mere generation of new technologies to ensuring that technology development is informed by the needs of the country and the people, and that social and economic value is generated,’ said Hanekom.

A more revealing quote, meanwhile, came from Ben Durham, the Department of Science and Technology’s chief director of bio-innovation. ‘The strategy involves the development of products and services,’ he said. ‘Not because it’s a really interesting academic idea, but because there’s a real-world need in government, industry, filling a market need.’

This past April, the Cape Innovation and Technology Initiative (CiTi) announced it had signed a collaboration agreement with the Centre for Proteomic and Genomic Research (CPGR) to launch a bespoke pan-African biotech incubator, named Onebio. ‘We have such an enormous opportunity to use technology for good, in Africa,’ CiTi CEO Ian Merrington said in a statement. ‘At CiTi, we believe that biotech is the next frontier where exponential tech-enabled innovation can unlock affordable solutions to Africa’s health challenges.’

Onebio will provide life science start-ups from across Africa with funding, business support, lab facilities and office space, together with access to networks and large corporate partners, both in Africa and internationally. Led by entrepreneurs Michael Fichardt and Nick Walker, the incubator promises to draw talent from a diversity of disciplines, including material science, energy, food, natural products, nutraceuticals, agriculture and healthcare.

The timing could not be better. While the continent’s biotech industry is not as advanced as it is in the US (or, for that matter, in South Korea), it has been growing and developing for some time now. The growth curve appears poised for a dramatic upward turn, not unlike the historic tech boom experienced a generation ago.

‘Today, biology as a technology is at a similar inflection point as the software industry was in the mid-1980s, poised for staggering growth,’ Fichardt said at the launch of the incubator. ‘Biological tools and techniques continue to improve at exponential rates, and investors are beginning to understanding the incredible potential of the tech. Onebio will provide a platform for African biotech entrepreneurs to be part of this next global wave of innovation.’